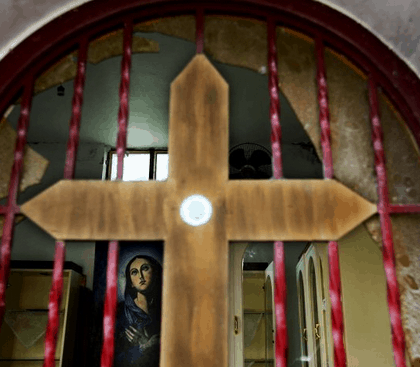 In a new column for The Daily Beast, Kirsten Powers (the writer largely responsible for putting the Kermit Gosnell abortion trial into the national spotlight) examines the growing issue of international Christian persecution. She references a recent report from the group Open Doors, which found that in 2013, there were at least 2,123 believers who died for their faith. That’s nearly twice the amount that were reported in 2012. In the piece, Powers looks at cases like the 80 North Koreans were publically executed for simply owning a Bible, Christians in Syria who have been tortured, killed and raped by oppressors and the plight of Christ-followers in Eritrea who are punished in a “concentration camp for Christians.” It’s a difficult read, but one that shines light on a growing and heartbreaking problem that the church—and the media—need to be made aware of:

At a December 2013 speech to a conference organized by Georgetown’s Berkley Center for Religion, Peace and World Affairs, [The Global War on Christians author John L. Allen] told the audience, “I always ask Christians in countries [where persecution occurs], what can we do for you? The number one thing they say is, “Don’t forget about us.”

Are Jerry Seinfeld and Larry David Headed to Broadway?

Todd from ‘Breaking Bad’ May Be Headed to ‘Star Wars’