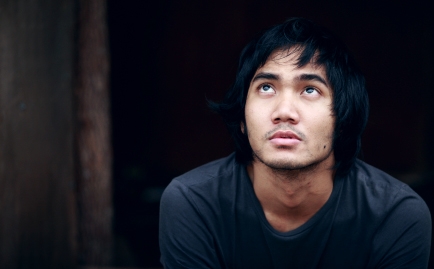 “Love the sinner, hate the sin!”

As a young, straight, Christian college student, I found myself uttering these words countless times during late-night theology discussions in the dormitory lounge. At the time, I felt this was a perfectly acceptable response to questions regarding the intersection of Christianity and homosexuality. What I did not realize at the time was that this statement was simply a scapegoat, a way to deal with the topic without actually facing it head-on. In fact, I’ve reached this conclusion about many Christian catch-phrases. This all changed, however, when I left the comfortable environment of my evangelical, Christian college and decided to go to graduate school at one of those Godless, heathen, state-funded institutions. It was there that I actually met and started building personal relationships with gay and lesbian individuals.

You know what I found? Gay and lesbian students at this university were having a positive college experience. To further increase my confusion, a significant percentage of them expressed a genuine desire to follow Christ!

This phenomenon was nearly beyond my comprehension, so naturally I decided to construct my entire Master’s degree around a research project exploring the experiences of gay and lesbian students at evangelical, Christian universities around America. I wanted to understand what it must be like to grow up in a predominantly Christian community while experiencing feelings of same-sex attraction.

It is impossible to contain what I have learned from this process in one brief article. However, as a start, I have identified four dangerous assumptions we, as American Christians, tend to hold about the gay experience. It is important to note that these points are not meant to address the deep theological issues surrounding this divisive topic. I simply believe that before any constructive dialogue can take place, we in the Western church need to do a much better job at understanding the experiences of our brothers and sisters who grow up with feelings of same-sex attraction. Hopefully these points can serve as a foundation for this approach.

Assumption #1: Everyone is straight.

This point may seem redundant, given the title of this article. However, I have discovered that this assumption is very tightly held by those within the Christian subculture. If you disagree, simply think about the last time you or one of your friends loosely spouted off “that’s gay!” regarding something you disliked, or when you jokingly called someone a “faggot” for doing something stupid. These words used to be prevalent in my own vocabulary, and I realized the reason I was so loose with my language was because I simply assumed no one around me was actually gay, and therefore no one would be offended. I found that this couldn’t be further from the truth.

Assumption #2: Being gay is always a choice (preference), and no one is actually born that way (orientation).

First of all, my intention is not to discuss the science behind sexuality. There are many theories regarding why people are gay or straight, but nothing has been proven to definitively explain how we develop certain sexual attractions. Even if there were such a theory, I probably would not understand it well enough to explain it.

On a personal note, this was an assumption I earnestly believed for most of my life, and as I continue to learn more about this topic, I completely understand why this conviction is so pervasive in our culture. After all, as a straight person, it is nearly impossible to understand and genuinely relate to the struggles and social pressure experienced by someone who feels same-sex attraction. In an effort to wrap our heads around this phenomenon, then, we quickly latch onto the thought that it must be a choice.

I have also noticed a stark trend regarding this assumption, however. Most of the people I have met who sincerely believe this have also never been friends with any gay or lesbian people. This was certainly the case with me. Once you meet someone who was raised in a devout, Christian family, with constant love and support from siblings and parents, and this person admits to you in a tearful conversation that he/she is gay and always has been, this assumption begins to crumble. Why would someone simply choose a path that results in constant fear and self-loathing?

On the other hand, as Christians, we also need to realize and admit that there is an ever-growing subculture in America that is built on the foundation of accepting people who feel they cannot fit into the mainstream. As with any culture, it is defined by symbols, music and personalities that may prove attractive to young adults who feel a need to rebel. As a result, I believe it is possible for individuals to simply choose to become part of this subculture, and therefore choose to be gay.

In summary, every person has specific experiences and reasons for how their sexuality has developed, and I believe we do significant damage when we simply assume that being gay is always a choice. So while I confidently affirm a traditional interpretation of Scripture, which maintains that acting on homosexual attractions is outside of God’s original intention and plan for human sexuality, I also confidently affirm that it is a failure on our part to sacrifice the opportunity we have been given to lovingly and humbly respond to the experiences of our gay and lesbian brothers and sisters.

Assumption #3: If you are not straight, you either need to read your Bible more or pray about it.

If someone within your close circle of friends ever gains the courage to speak with you about his/her feelings of same-sex attraction, possibly the most harmful response you could offer them would be either “Have you prayed about it?” or “Do you know what the Bible says about this?”

Largely because of assumption #1, people who grow up in Christian culture with feelings of same-sex attraction experience paralyzing fear at the prospect of actually identifying as gay or lesbian. As a result, these individuals spend many sleepless nights praying that God will take these feelings away. If someone approaches you about his/her sexuality, it is likely that he/she is reaching out to you because these prayers have not had the desired effect, and simply suggesting that they “pray about it” invalidates their experience and shows that you don’t have the willingness to stand by their side as they process this part of their identity.

Furthermore, many of the people I interviewed had every biblical reference to homosexuality fully memorized, and they had a much deeper understanding of the cultural context of each passage than I did. I found that many gay and lesbian individuals from Christian families actively seek to reconcile their faith and sexuality, and understanding what the Bible says about their sexuality is an essential facet of this.

I absolutely believe God could change the sexual orientation of any gay or lesbian person if it was within His will to do so. However, we Christians tend to take the dangerous step of assuming this is exactly what God will always do. By setting up this paradigm, we end up perpetuating the expectation that if someone is truly following Christ, he/she will only experience heterosexual attraction. What happens, then, when a gay or lesbian person truly believes in the Gospel and desires to live out their life within this belief, but their sexual attractions remain unchanged? The only logical conclusion is that he/she must not really be a Christian, and I have seen too many people give up on the Gospel because of this line of reasoning.

Until we begin to adopt humility and critically examine our own assumptions regarding this topic, I fear little progress will be made in reconciling these two cultures. Perhaps it is not as simple as “love the sinner, hate the sin.”

Joel Wentz is an aspiring writer and musician. He is currently on staff at the University of New England in Biddeford, Maine, and enjoys a good cup of tea and listening to vinyl records.