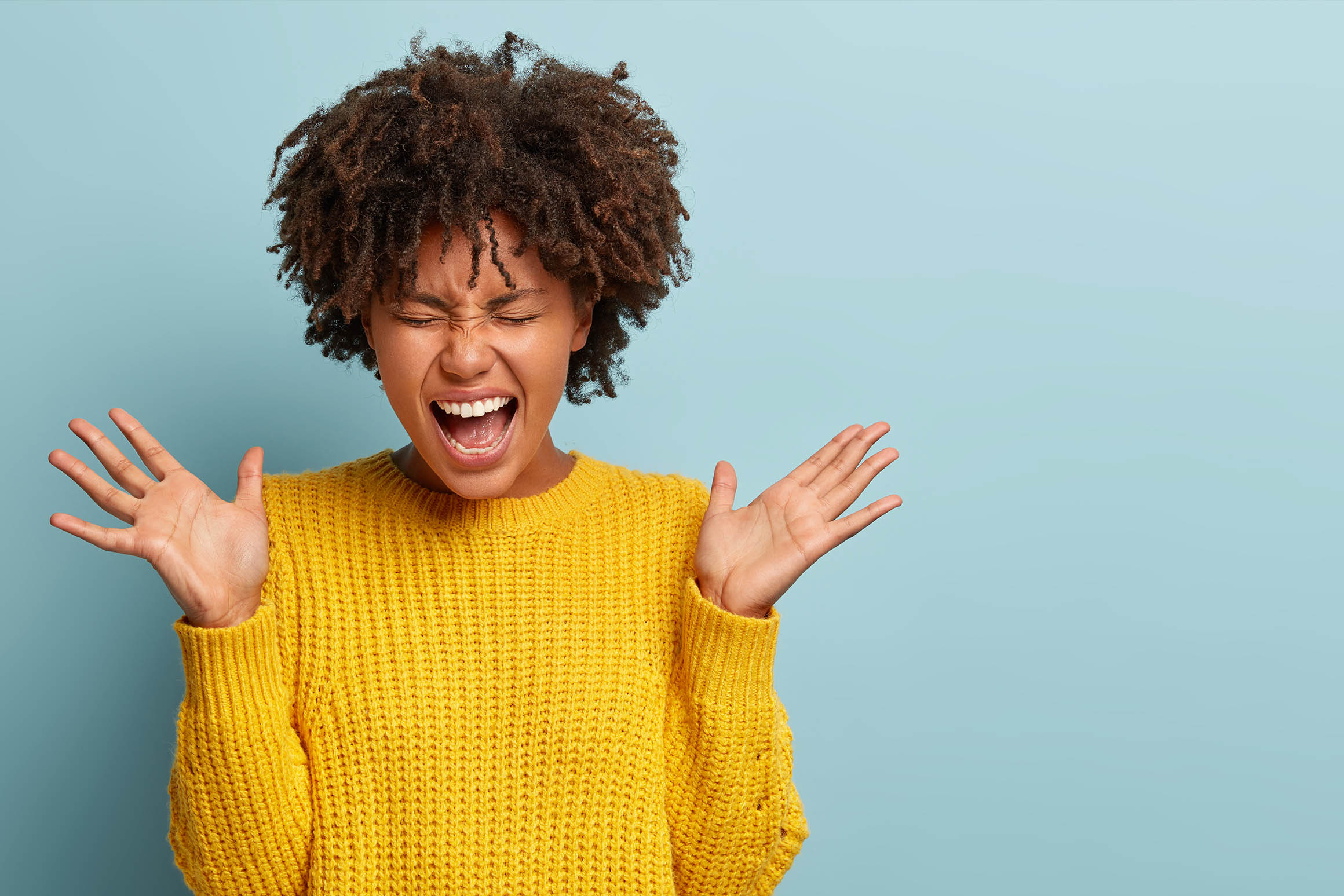 A few years back, during the heat of the Romney/Obama election, which now seems like a cool breeze compared to the raging fire of the Trump/Hillary election, I had an event occur that stirred a storm within me. One Sunday after church, a dear person approached me to share she had decided to leave our church. She gently stated, “Dan, I don’t feel safe in this church knowing there are liberals here who believe so differently. I just can’t relax, I feel like I’m being judged” I tried desperately to communicate safety and that her voice was valued but it wasn’t enough.

Fast forward a few weeks later; a couple came to me with the same intense concern, yet this time from the opposite angle. “Dan, we’re not sure we will ever feel settled here with people who hold such conservative positions. We need a church that doesn’t harbor such oppressive beliefs.” I tried to persuade them that our church was a space for both conservatives and progressives to dwell in community together. They made it clear they’d be looking for another church.

I grieved that both of these folks could not stay in the mix together. They were repelled by each other. Rather than moving toward one another, despite their differences, they chose more distance.

I sense this moment was a snapshot of our country, and the Church more importantly. Ever since, I’ve been on a hunt, asking the questions, “Can we coexist together?” Can we share local table fellowship together? If you take your cues from cable news, you might give an emphatic “no” to that question—hating our political enemies is en vogue right now. It sure seems like an impossibility, doesn’t it? Conservatives want to be with Conservatives, and Progressives want to be with Progressives.

The Power of Polarization

Based on the most extensive study of US political attitudes ever undertaken by the Pew Research Center, a social force is aggressively “siloing” us—the tendency to interact mostly with like-minded people: 73% of those described as “conservative” say their close friends share their worldview, while 69% of those who are “liberal” say the same. Our feelings of contempt and even hatred for those who vote differently than us are at an all-time high. Our social media feeds are filled with people tossing verbal grenades back-n-forth all day about how “dangerous” Progressives are or how “problematic” Conservatives are. This is polarization.

Polarization takes people that have something in common, emphasizes their differences, hardens their differences into disgust, and turns their disgust into blatant hatred. It creates two sharply contrasting groups and pits them against each other, shaping us for only two options—“our side” or “their side.” It’s a suffocating social arrangement. Polarization is a power and principality.

As the apostle Paul says, “For we do not wrestle against flesh and blood, but against principalities, against evil powers in the heavenly places” (Eph. 6:12 NKJV). In his book Engaging the Powers, Walter Wink states that the language of “Principalities and Powers” in the New Testament refers to social dynamics that disunite humans from community, from creation and from their Creator. These dynamics are what he calls “manifestations of the Enemy.” The Enemy, Satan, has an agenda for communities, for the Church, for families—divide and destroy. The Enemy delights in the strategy of turning us against each other, making us feel that demeaning each other is much more practical than kindness.

I remember a vivid moment of polarization at an early age. We had about nine friends in my neighborhood who played together all the time. One summer night, participating in our regular shenanigans at our local park, someone suddenly yelled that their Transformer was missing from their duffel bag. The blaming and finger-pointing began. Whatever subtle angst and antagonisms were under the surface came spewing out like a violent volcano. My friends started immediately taking sides. Factions were quickly forming—four kids yelling and another four screaming back. I stood still as one kid called me out and said, “Dan, pick a side or go home.”

Sadly, that rift lasted for three years; we stopped playing together.

Growing Up from Either/Or

In our imaginations, we assume that within every battle there are two beings: one who is evil and one who is good, one who is right and one who is wrong. Part of the renowned psychologist Carl Jung’s study was in human development and whether humans were willing to move beyond polarized thinking and embrace tension and complexity in their life. He discovered that polarization is not a result of informed thinking; it is a result of emotional regression. We slide back to childhood when we particularly dislike something about a person or people group and deem it necessary to find ways to accumulate a burning mound of facts about why we should hate and fear “them.”

Let me say it plainly: when Christians respond in polarized ways, we are not growing up in Christ, we are acting as spiritual infants. To live by the terms of polarization is to accept the immature perspective that there are only two poles to choose from. Since sin entered the world in Adam and Eve, we have been battling with a nature to move to one pole or another—Cain and Abel, Jacob and Esau, Jew and Gentile, Protestant and Catholic, conservative and progressive, friend or foe.

We self-identify by our opposites, by comparisons. This is why we use descriptive language of pretty/ugly, smart/stupid, success/failure, holy/unholy, oppressed/oppressor not considering there are a hundred degrees between the two ends of each spectrum. This works well for the sake of argumentation, but not for the sake of loving others. So, we inevitably label each other as the problem. We tend to narrowly drift toward people who are like us and away from people who are not like us. The either/or frame of looking at our political differences locks us inside a logical cage, but under closer scrutiny, there are more possibilities than an either/or choice. It frames the argument in ways as to create a side to take and therefore an ‘Us against Them’ battle is constructed. Is there another way?

Jesus was concerned with something much more profound than entering the battle of Us vs Them. We get a clear, yet peculiar path for how Jesus engaged political enemies in his day. “You have heard that it was said, ‘Love your neighbor and hate your enemy.’ But I tell you, love your enemies and pray for those who hurt you, that you may be children of your Father in heaven… if you love those who love you, what reward will you get? . . . And if you are hospitable to only your own people, what are you doing more than others?” (Matt. 5:1, 43–48, Msg).

These words of Jesus are perplexing. On the one hand, we can recognize that if all humanity acted according to these words, our world would be infinitely better. At the same time, they seem entirely foolish. “Try this method of love on a tiger and see what happens,” was said by writer Eli Stanley Jones. Jones is illustrating the seeming foolishness we all feel when it comes to showing any level of love for our enemies. Positively, this method does not influence tigers, but might it affect humans?

The human mind desires something else even more than facts and information. The scenario typically goes like this: Someone says or does something that we believe is outright wrong, highly ignorant, or clearly sinful. We respond with a forceful argument or even verbal aggression, believing this will change someone’s mind. But nothing ever changes, does it?

This is because our brains don’t respond well to these tactics. When foreign facts are brought to us, our brains naturally defend and deflect—especially if that new information highlights a flaw. This is why people often respond automatically to facts that imply that they might be wrong. Some neurologists have called this “The Backfiring Effect”.

When information is presented to us that is in opposition to the current truths we hold, we don’t often change our minds; we immediately dig down even harder into our original stance. Despite what you see on every cable news station, it is highly unlikely that the forceful exchange of facts will open up someone’s receptivity pores.

This is why “loving our enemies’ is so unnatural, supernatural even. Only affection, kindness, empathy can open up perceived enemies to something new. Convincing someone to change their mind is really the process of convincing them that you really care about them.

These words “love your enemies” are an on-the-ground prescription for moving beyond the either/or dynamic of picking a side and hating our enemies. Jesus is messing with the false choices. To love, or even like, your enemy seems impossible for most of us, even if the enemy is only a next-door neighbor making too much noise after 10 p.m. However, this is what Jesus was calling for in the Sermon on the Mount, and today, this peculiar message changes everything. This is the way of Jesus.

While we were at odds with God, enemies even, Christ moved towards us with wild affection. This kind of love flips the dynamic between us. This is why Hebrews says that “it is the kindness of God that leads to repentance” (the changing of our mind). Because we have received this kind of enemy-love from God, we are to go and do likewise. This involves our whole selves, not just our mouths and opinions. Jesus launched a polarization busting movement in the 1st Century, I think it’s time we picked up where He left off.

This article is excerpted from LOVE OVER FEAR: Facing Monster, Befriending Enemies, and Healing Our Polarized World (Moody Publishing) with permission. You can learn more at loveoverfearproject.com .

Dan White Jr co-planted Axiom Church in Syracuse, NY with the compelling commitments of tight-knit community, locally-rooted presence, and life-forming discipleship. Dan is also a strategist with the V3 Movement, coaching cohorts from around the country through a 9-month missional system. You can learn more about his new book, "LOVE OVER FEAR: Facing Monster, Befriending Enemies, and Healing Our Polarized World" by going to .loveoverfearproject.com

Why Are We All So Uncomfortable With Silence and Rest?

Watch: The Trailer for the Harriet Tubman Biopic ‘Harriet’ Is Here