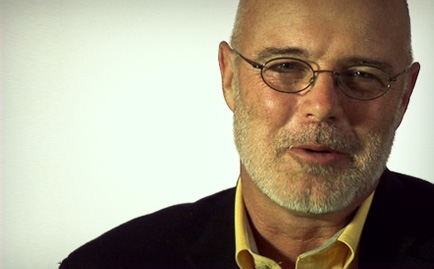 Brian McLaren is one of the most controversial voices in contemporary Christianity. Whether he talks about theology, scriptural interpretation or how the Church ought to function, it’s always safe to assume he’ll ruffle some feathers. So it’s somewhat surprising that his new book, Naked Spirituality, attempts to put back together some of what he’s helped to deconstruct. RELEVANT’s Josh Lujan Loveless recently spoke with McLaren about the new book, why reconstructing faith is necessary and why he’s both spiritual and religious.

Of all the things that you’re thinking about and writing about these days, why did this book on naked spirituality feel important for you to write right now?

McLaren: I’m really glad you asked that, because I think it took some people by surprise. You know, I’d been writing a lot about shifts going on in our culture and grappling with shifts in our understanding of the Gospel and theology, and shifts in our understanding of what the Church is and does, but a lot of people forget that for 24 years I was a pastor. Every week I was preaching sermons and counseling with people, helping people come to faith in Christ, performing funerals and weddings and marriage counseling and the rest.

So my real work was helping people keep and develop their spiritual lives. That’s how I saw my calling as a pastor, and so I’m not just sort of a talking head who goes around thinking ideas. In my travels, as I meet people and they ask questions, what I’ve noticed is that, for a lot of people, when you shake their conceptual framework of what Christian doctrine is about, there’s not much left. There isn’t a vital spirituality of deep relationship with God. There isn’t a bedrock of practices by which we try to keep our soul open and in contact with God, and as I realized that I thought, this is what I have to write about. I have to write about a way of helping people rebuild what you would consider is the bedrock but has, in many ways—either by neglect or whatever—just disappeared.

What would you say to those who are apathetic toward reconstructing? Where do you think they should begin?

McLaren: You know, in the book I propose a kind of four-stage model of spiritual growth. The third stage is a very, very challenging stage, and I called it in the book perplexity, and a lot of people reach stage three and then they just stay there for the rest of their lives—they live in this kind of perplexity for the rest of their lives where their commitments have been deconstructed and nothing has arisen from fragments that are left over. And I understand that feeling. One of the things that tells me is that we didn’t do a good enough job in stage one and two of laying some of the foundation of spirituality of spiritual formation, and we’re reaping the consequences of that now.

There is so much more to life and faith and life with God to be discovered beyond that stage, and if you give up at this point, you miss what’s still ahead. But also, here’s the problem: We don’t live in a vacuum, and if we aren’t careful, what happens in perplexity is we become victims of a new kind of complacency, and people end up becoming unwitting participants in complacent, militaristic consumerism. You want to make money, and you give tacit support to the systems that create all kinds of wars in order to keep you being comfortable. And so, by being complacent, you end up giving your tacit approval to a system that’s at work in the world that I think is incredibly harmful.

Why do people feel more comfortable saying they’re spiritual but not religious?

McLaren: Yeah, well I, as you say, I spend a couple chapters, actually, reflecting on that widespread phrase, and I know a lot of people mock it, they just think, “Oh I’m spiritual and not religious” is just a cop-out. But—and I think it is a cop-out—but I think it’s more than a cop-out. For a lot of people, I think it’s a very well thought-out statement. And I suggest in the book that I think people mean four things when they say, “I’m spiritual but not religious.” First they mean, “I don’t believe that secular science and politics and economics have all the answers.” But they’re also saying, “I don’t think organized religion has all the answers.” And of course, what they mean by “organized religion” is worth explanation, but what they’re saying is a widespread feeling, and that is that whatever religion is doing, it’s organizing people for the wrong purposes. It’s organizing people to go to war against each other, it’s organizing people to hate each other, it’s organizing people to just create a little wall that they throw other people out of and just protect themselves inside, and something inside people says, “I don’t think that’s what we need.” So, “I’m spiritual but not religious,” means, “I don’t think science has all the answers, I don’t think organized religion has all the answers.” And then, third, I think it means there are practices I try to engage in that keep my sensitivity and awareness to this higher dimension alive and growing, but of course, this is where the problem comes for so many people; they know this would make sense for them to do, but nobody offers them a helpful way to do that. And this is one of the great opportunities, I think, for our church is in youth groups and ministries, that if we can address that legitimate spiritual hunger in people and offer them a way of life, a path, a way of developing their life with God, rooted in the Scriptures, centered on Christ, I think this is a great opportunity and a great need we can help meet.

Because a lot of Christians fear things related to the New Age movement, why do you think Christians have become afraid of the word “spiritual”?

For more of our conversation with Brian McLaren, visit the podcast episode page where you can listen to the entire discussion