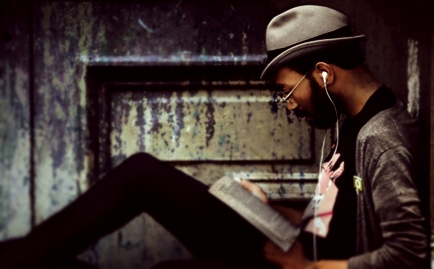 We’ve all noticed them—the points at which the Bible seems to disagree with itself. And we all have different ways of moving forward. Take this example: Mark 6:8, speaking of Jesus’ sending out of His disciples, says, “He charged them to take nothing for their journey except a staff …” The same account in Luke 9:3 (and Matt. 10:10) has Jesus saying, “Take nothing for your journey, no staff …” So which is right? Did Jesus tell His disciples to bring staffs (Mark) or not (Matthew and Luke)?

Some say these differences indicate that Jesus’ disciples couldn’t even make up a coherent story when they tried. Others will harmonize away the differences—thus, Jesus meant “walking stick” in Mark but He meant “fighting stick” in Luke and Matthew … never mind that each of the Gospels use the exact same Greek word.

If you’re like me, you learned early in life that the stakes are very high on these matters. “All Scripture is God-breathed,” after all. That means the Bible is always right. It is, as a matter of fact, impossible for the Bible to be wrong about anything.

That’s a fine position, but it is increasingly criticized. The doctrine of inerrancy—the belief that the Bible contains no mistakes—has fallen on hard times. Those times began quite a while ago. Certainly, they were thick in the air when Thomas Jefferson took scissors to the New Testament and came up with a document without miracles. Even today, any student of the Bible and most people who’ve taken a religion class at a secular college, can tell you that belief in the Bible’s inerrancy is unfashionable—out-of-date at best or downright dangerous at worst. And our generation is beginning to challenge it in ever greater numbers according to a recent Barna survey.

What does it mean to confess that the Bible contains God’s truth when we are well aware that there are things in the Bible it is hard for us to make sense of? Let’s consider this question from three angles.

First, we should keep in mind that we’re not the first to ask this question. Origen, for example, a 3rd-century Christian and one of the greatest biblical interpreters of the early Church, flat-out denied that the book of Joshua recorded actual history. “Why would God command His people to commit genocide?” he asked. Finding no satisfactory answer, he resolved that the conquest stories in Joshua are allegories of how we battle the temptations we face.

Origen was a careful reader of the Bible. He wrestled with Scripture and tried hard to apply it to the world and the reality he knew. His conclusions were not always right. (Certain beliefs of his—unrelated to Joshua—were even deemed heresy after his death.) But his struggle was born of his deep faith and commitment to keep reading the Bible even as he labored to make sense of it.

As I reflect on the statements in Scripture that are difficult to reconcile with one another and or with the world I live in, I’ve found helpful the fact Christianity has a long tradition of faith seeking understanding. We don’t possess faith at the expense of critical thinking, or vice versa. This means we have to be confident and humble at the same time—not using inerrancy as a bludgeon in order to beat others into agreement with us, nor shouting “inerrancy” as if it is home-base in a game and thus gets us out of acknowledging difficulties.

Second, we have to accept that the Bible is not what we want it to be. One way this works out is explained well by bishop and scholar N.T. Wright. He points out that we have to be careful with the word “literal,” as in, when we claim to be committed to the literal truth of the Bible.

When this became an important word in our understanding of Scripture, “literal” meant, “what the writer intended.” Wright points out that we sometimes confuse this with another definition, that is, “literal” can be understood to mean, “it happened exactly this way.” There’s an important difference between those two meanings.

As an example of the first definition, someone might believe that Genesis 1 was written as a divinely inspired meditation on the origins of humanity and the world, one that goes into detail to assert the total order and creative power with which God brought reality into being. Or it could be read a second way, as a scientific account of the first days of the universe. The important question is not, “What do we want the Bible to say?” but rather, “What does the Bible actually intend to communicate.” It may be one meaning or the other, both or neither, but we don’t get to decide based on our preferences.

Third, we have to resolve an important challenge: Doesn’t the Bible say some things that are wrong, or at least inaccurate, by the standards of history, science and normal human experience? Here we need to be careful.

There are many events recorded in the Bible that seem far-fetched to us. The Exodus crossing of the Red Sea is a good example. But even the reigns of King David and King Solomon seems like a bigger deal in the Bible than they ever were in the ancient world of his day. I don’t think an archaeologist will ever prove the Bible wrong, but she may help us find out what Scripture is actually saying.

For example, the Israelite king about whom scholars have some of the most archaeological evidence is Omri (1 Kings 16). He was a significant player in the political and economic world of his day. We would expect the Bible to make much of this important man. But, surprisingly, the Bible fits most of Omri’s life into one chapter and then sums up his reign with the word “evil.” King David, for whom we have relatively little archeological evidence, gets an entire book for his reign, and his legacy of faithfulness marks huge amounts of Scripture.

So is Old Testament history accurate?

Not in the “objective” sense of the 21st-century world. Rich, powerful, well-known people comprise the “stuff” of history. Everyone knows that. But God’s history centers on wandering patriarchs and little-known kings, who are noteworthy only because they serve a particular god named Yahweh. In service to this God, all sorts of things occur that defy modern science and normal human experience. The question for us is this: Will we allow the Bible to be the kind of history it actually is?

When we do that, we can affirm that Scripture is totally true and without error in all that it records. But we will also have to affirm that God and Scripture are not bound by limits that we impose. When it comes to truths or facts that are professed in the Bible but that don’t yet make sense by the standards of our world or our experiences, then we’re invited to accept them in faith and wrestle with what they mean. Here inerrancy is a good position, but we may need another one that gives us ground to stand on while we ask hard questions.

Many people I know have begun to emphasize the authority of Scripture alongside of the inerrancy of Scripture. The authority of Scripture gives us a larger frame for our beliefs about what the Bible is. It is the story of God’s action in the world to redeem creation. It is God’s truth because it tells us the story that we find ourselves living within. It is a story filled with names, numbers, places and events far removed from us. And this story demands a worldview very different from the atheistic one that often challenges it. But since the Bible is God’s story, we can trust that God’s way of telling it is—as a matter of fact and faith—true.

Chris Blumhofer lives in Durham, NC, and is pursuing ordination in the Presbyterian Church.

There’s a Saint for That