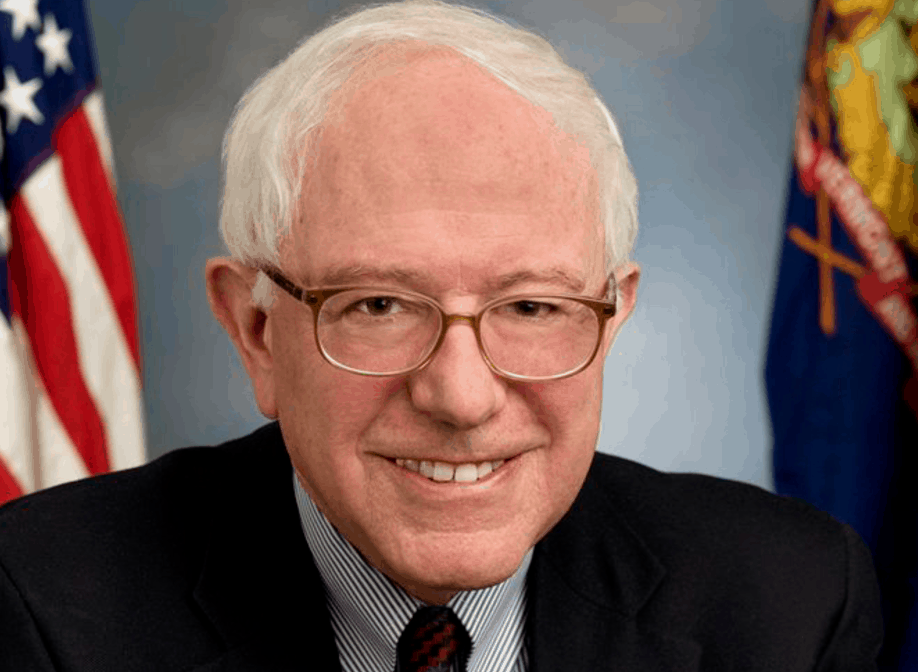 On Wednesday, the Senate held a confirmation hearing for Russell Vought, President Trump’s nominee for deputy director of the Office of Management and Budget.

These are usually fairly boring affairs (let’s face it: deputy director of the Office of Management and Budget isn’t the most exciting job in Washington D.C.) but sparks are flying over a line of questioning struck by Vermont Senator Bernie Sanders, who you’ve probably heard of.

The U.S. Constitution says “no religious test shall ever be required as a qualification to any office or public trust under the United States,” and some people are concerned that Sanders’ questions put him on thin ice for violating that Article.

Russell Vought is a graduate of Wheaton College, one of the United States’ most famous Christian institutions.

A few years ago, Wheaton fired Larycia Hawkins for a Facebook post she wrote expressing solidarity with Muslims and saying that Christians and Muslims worship the same God. Vought wrote an article for the Resurgent saying he agreed with Wheaton’s decision and disagreed with Hawkins’ theology, writing that “Muslims do not simply have a deficient theology. They do not know God because they have rejected Jesus Christ his Son, and they stand condemned.”

Sanders quoted that particular sentence during the confirmation, and took strong objection to it. He said

In my view, the statement made by Mr. Vought is indefensible, it is hateful, it is Islamophobic, and it is an insult to over a billion Muslims throughout the world. This country, since its inception, has struggled, sometimes with great pain, to overcome discrimination of all forms … we must not go backwards.

Sanders actually went back to the statement later in the hearing, asking Vought if he thought his theology amounted to Islamophobia. “Absolutely not, Senator,” Vought said in response. “I’m a Christian, and I believe in a Christian set of principles based on my faith.”

Sanders and Vought went back and forth over this at some length, and it’s interesting to see the divide. Vought is stating his belief that belief in Jesus Christ is the only way to salvation. Sanders is saying that this belief is exclusionary to Muslims.

Even if you buy Sanders’ line of thinking here—that believing Islam is wrong amounts to an “insult” to Muslims—he’s still vetting someone’s religious beliefs as part whether or not they’re fit for office. Beyond that simply being a dangerous road to go down, it’s pretty exclusionary in and of itself.

Most major religions have an exclusionary element to them, and if holding those beliefs disqualifies someone from office, then very few people of any religious conviction could be considered fit.

But he was cut off by Sanders, who fired back, “And do you think your statement that you put in that publication, ‘They do not know God because they rejected Jesus Christ the son, and they stand condemned,’ do you think that’s respectful of other religions?”

Two other senators tried to help their colleagues out. “I hope that we are not questioning the faith of others, and how they interpret their faith to themselves,” said Cory Gardner, a Republican senator from Colorado.

“I don’t think anybody was questioning anybody’s faith here,” argued Democratic Senator Chris Van Hollen of Maryland. “I’m a Christian, but part of being a Christian, in my view, is recognizing that there are lots of ways that people can pursue their God.”

Sanders may have good intentions here. Bigotry is a real problem in America, and anyone who displays any trace of legitimate Islamophobia should be called out on it. But there’s a difference between a theological conviction about the merits of Islam and discriminating against people who hold that belief. Sanders can’t seem to make that distinction, which has him flirting with a religious test for Vought’s confirmation. That’s a slippery slope for America to start going down, and one he’s getting rightly called out for.

What You Need to Know About Labor Conditions in China

Here Are the Big Takeaways from James Comey’s Senate Hearing