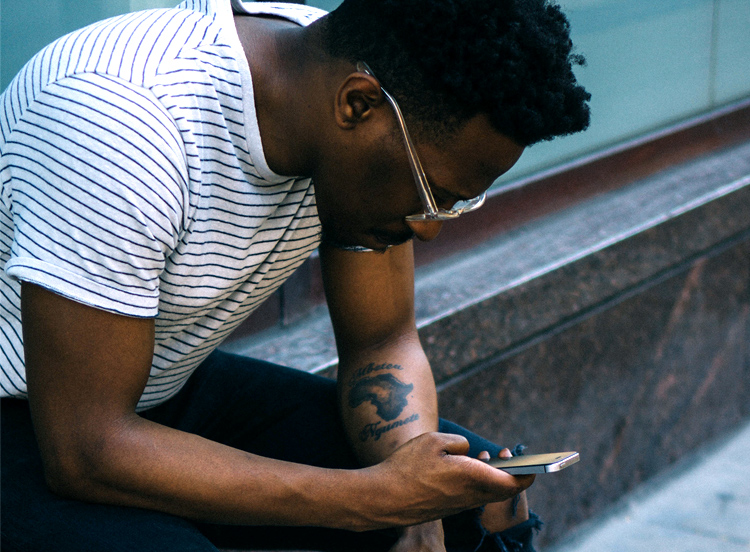 In 2014, psychologists from the University of Virginia wanted to test whether or not people preferred negative stimulation in the form of an electric shock to no stimulation, being alone with your thoughts. In their study, 67 percent of male participants and 25 percent of female participants opted to give themselves periodic electric shocks during the thinking period.

Their conclusion? “Most people seem to prefer to be doing something rather than nothing, even if that something is negative.”

On average, millennials check their phones 74 times a day. Each day, 52 million pictures are uploaded to Instagram by the app’s 500 million users. As of spring 2016, Facebook averages 1.71 billion unique users. Worldwide, 16 million text messages are sent per minute—23 billion per day.

In his masterwork, The Pursuit of God, A.W. Tozer wrote “A generation of Christians reared among push buttons and automatic machines is impatient of slower and less direct methods of reaching their goals.”

Tozer published The Pursuit of God in 1948.

It makes you wonder what he would write about us now, doesn’t it?

If You Didn’t Post It, Did It Even Happen?

In our never-ending quest to portray our lives as being as interesting as possible, we often pause or remove ourselves from meaningful or fun moments in order to share it with the world via a social media post. According to a recent survey, 58 percent of respondents say posting a perfect picture has “prevented them from enjoying life experiences.”

We find ourselves basing our enjoyment of an experience not solely on the personal significance it has in our own lives, but on the reactions of other people after we’ve posted about it.

The neurological circuitry of our brains may be to blame our symbiotic relationship with social media. Each time we receive a notification—a like, email, text message, comment, or favorite—our brains release a small amount of dopamine—the organic chemical that helps control the brain’s reward and pleasure centers.

While a formal research study has never been conducted, when asked, most social media users have admitted to deleting posts that didn’t get enough likes within a specific amount of time.

Where We Are Now

In John 15:4, Jesus says to His disciples, “Abide in me, and I in you.” The word abide comes from the Greek word meno, which means “to stay, remain or continue.” From this root, we get the word abode or home. To abide in something means more than just to give a passing acknowledgement. The word resonates with a more permanent implication.

When our “social validation” mentality infects our spiritual lives, our relationship with God becomes less about pleasing Him and more about participating in socially acceptable behaviors carefully constructed to portray the appearance of godliness.

Too often, I find it difficult to be “present” even in social situations—especially if conversation stills or silence begins to invade my personal space—when I know a quick glance at my phone can take me somewhere more interesting.

In his now-infamous monologue on Conan, comedian Louis C.K. said, “You need to build an ability to just be yourself and not be doing something. That’s what the phones are taking away, is the ability to just sit there.”

Louis C.K.’s observation is corroborated by sociologist Sherry Turkle in an article for The New York Times: “In solitude we find ourselves. If we can’t gather ourselves, we can’t recognize other people for who they are. If we don’t know how to be alone, we’ll only know how to be lonely.”

We are a generation rapidly losing the capacity the sit still and self-reflect. We no longer abide. For Christians, we have to accept the reality that our nosediving attention spans affect our relationship with God and each other.

During my prayer and quiet time, my mind actively rebels against the very idea of personal introspection and holy contemplation. Because I’m so accustomed to exerting the least amount of effort in order to obtain the best results, I find it difficult to communicate with the Creator of universe.

And I don’t think I’m alone.

Maybe the next time you meet a friend for coffee, you leave the phone in your purse. Or when you’re at a concert, you snap one photo and put the camera away for the rest of the show. Or set aside a few hours at home as a “no screens allowed” time. Or, at the very least, the next time you start feeling bored or distracted, try to resist going for your phone as long as possible. Just see what happens.

And as far as our relationship with God goes, A.W. Tozer has words for that as well: “Any man who by repentance and sincere return to God will break himself out of the mold in which he has been held, and will go to the Bible itself for his spiritual standards, will be delighted with what he finds there.”

In 1 Kings, God leads the prophet Elijah to the top of a mountain in order to speak with him. While Elijah is waiting, a large storm, earthquake and fire occur in rapid succession. After each natural disaster, the text reads, “But the Lord was not in the wind-earthquake-fire.”

Instead, the Lord spoke to Elijah in a gentle whisper.

It’s difficult to hear a whisper when we willfully surround ourselves with constant noise. God often speaks to us in the stillness, during the moments when we pause to self-reflect. When we lose that ability, how are we able to discern the voice of God amid the babble of a thousand digital voices?

God will always find a way to get our attention.

And a gentle whisper will always be preferable to an electric shock.

Joe Terrell lives and works with his wife in Texas. He manages the Instrument of Mercy blog and DJs weddings on the weekend.