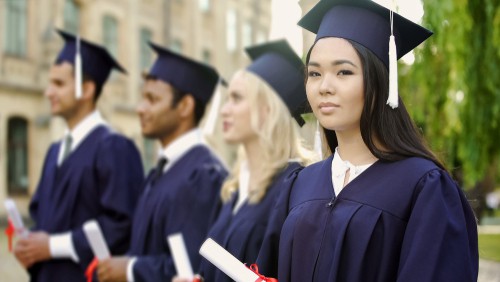 You may have heard that more education equals less religion in America, but is it true? Pew Research did a deep dive into the correlation between higher education and religious belief in America to learn the truth. The answer, as you might expect, is complicated.

The numbers become more nuanced when describing American Christians though. Among the 71 percent of Americans who identify as Christian, there appears to be no real difference between college graduates and non-college graduates in terms of how important their faith is to them.

College grads are slightly less likely than others to describe themselves as Christians. 64 percent say they’re Christians, compared to just 71 percent of those with some college and 75 percent with a high school degree or less.

So what does this all mean? Well, the Pew study goes out of its way to say they have no idea. “There could be many possible reasons for these patterns, though such explanations are outside the scope of this report,” they write. Some have proposed what’s known as the “secularization theory,” which suggests education itself is responsible for a decline in religious beliefs, but that theory has come under serious criticism from sociologist Philip Schwadel, who argues “education positively affects religious participation, devotional activities and emphasizing the importance of religion in daily life.”

Chris Pratt Is Doing the Daniel Fast. Here’s More About the Bible-Inspired Diet