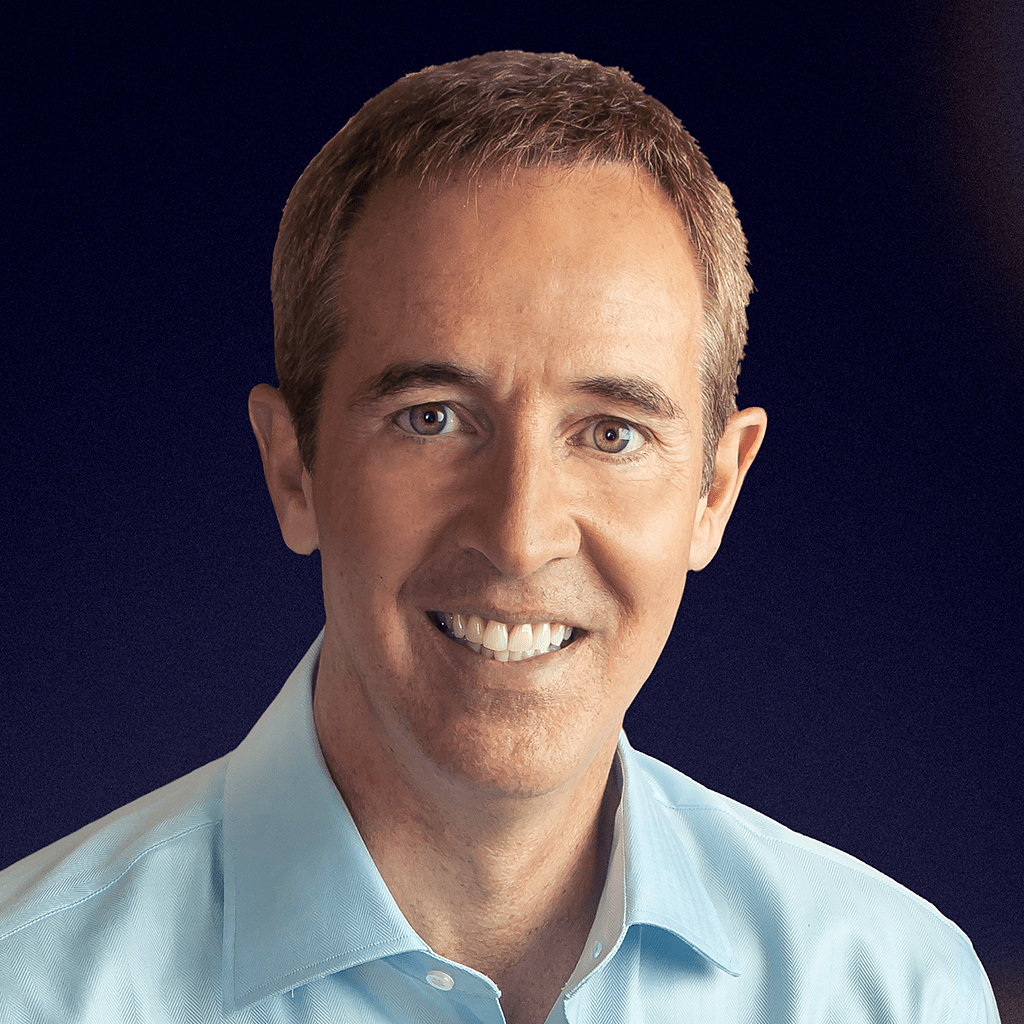 The soundbite version of a recent Andy Stanley sermon caused a stir on Twitter recently, garnering criticism as a “theological trainwreck” by some and as heresy by others.

The megachurch pastor and author had pointed out that early Christians, according to Acts 15, decided not to require Gentile converts to observe all of the Torah laws in order to join the church. His comments were understood by some as dismissive to the Hebrew scriptures.

RELEVANT talked with Andy to clarify his position. The conversation yielded some food for thought on adding curiosity to criticism, looking for context and having a healthy dialogue about ideas.

A sound bite from your “Not Difficult” sermon has been at the center of some theological conversations on social media, specifically about “unhitching” the Old Testament from your faith. Do you feel the point you were making about Christians’ relationship with the Old Testament has been understood properly?

First, thank you so much for giving me an opportunity to respond—once again—to criticism stemming from a single sermon that is part of a series. The confusion always stems from the fact that a handful of academics hear about some “outlandish” statement I’ve made, and for them it’s blood in the water. None of the academic types who have criticized my preaching have ever reached out to me before posting their critiques. When John Piper was concerned about something I said a year ago or so, he reached out to me and let me read his critique before he published it. It was fair, and I told him so. I insisted he let his readers know he reached out to me ahead of time and I linked folks to his article. So I’m not opposed to healthy dialogue around ideas. When something I said was misconstrued as a criticism of small churches I got up the following Sunday and apologized to our entire network of churches and everybody on the internet who was tuned in that day. Ask my kids, I don’t have a difficult time apologizing.

I approach a message series like a single sermon. I don’t try to cover everything in 35 minutes. I’m not that good. So, if you want to criticize my approach to preaching, fine. I would love to talk about that. But don’t criticize a statement in a sermon if you aren’t willing to spend the time necessary to appreciate the context.

All that to say, there are some folks who did not understand the point I was making. And for those who follow me on Twitter and who asked for clarification, I gave it. Over and over. Which I actually enjoy. I tell leaders all the time: Be a student, not a critic. Be curious.

We are working hard to engage with our post-Christian culture. We will not get it right every time. We will make mistakes. But we will not circle the wagons, pray for revival and hope Jesus comes soon to rescue us. It’s not about us. What’s at stake, what drives us, is the faith of the next generation. A generation that unlike previous generations is just a click away from infinite misinformation about our faith, the Bible and the Church. Years ago I embraced a new approach to preaching…how I talk about sin, faith, discipleship and the Bible in light of my concern for what is happening in our culture. My critics should be more curious.

Knowing the reactions that would follow, if you could go back to that preaching moment, would you add any nuance for greater clarity? If not, why do you stand by the comments as is? If so, what would you change?

That’s a great question. I’ve re-watched the message. The reason I would not change anything in that particular message is I was preaching to our church. Our church that follows along with our series. And by the way, AFTERMATH is really an extension of a series I began in January on the life of Jesus. It was titled 90 based on the fact that there were 90 days between January 1 and Easter. So if someone really wants context, go to 90.today and start there.

Now, if I was teaching through Acts 15—which is the passage I was teaching through in the message that caused this most recent dust-up—at someone else’s church … well, honestly, I wouldn’t! There’s too much there to cram into a single message without the context of Acts 2-4 and Acts 10. Which is what I covered in parts one and two.

We initially reached out before about another sermon–from the Orange Conference–where the sound bite version of your message, delivered by some media outlets, seemed to have turned–what seemed to be–your pastoral commentary into large, sweeping doctrinal statements…

Let me interrupt. That’s a great description of what happened. I was talking pastorally to thousands of church leaders but I was criticized as if I was doing something else. That’s helpful language. Sorry to interrupt. Can you start the question over?

Basically, what’s your posture toward the theological debates that have emerged in the wake of a couple of your recent sermons? Is it worthwhile to assure critics that a recent sermon was not heretical? How do you decide how to engage?

Well, this is a fantastic way to engage. And I’m genuinely grateful. I don’t have a blog. And there’s no need to address this stuff in church because our church folks aren’t aware that there’s anything to address. Having said that, I get letters and email all the time from congregants who want clarification. And I do my best to address specific questions. Believe it or not, I usually call folks. Freaks ‘em out a bit. But a conversation is way better than an email. My point being, I really don’t have an avenue through which to address the audience outside our church other than conversations like this one.

For the record: Do you feel that the Old Testament is just as inspired as the New Testament?

Yes. I affirmed my commitment to the Chicago Statement on Biblical Inerrancy after the last dust-up in a 27-page document explaining my approach to preaching and ministry that can be downloaded here.

What would you say to someone who is worried that your recent message sets believers on a slippery slope to “unhitching” from whatever Scriptures they don’t like?

Well, I never suggested we “un-hitch” from a passage of Scripture or a specific biblical imperative. Again, I was teaching through Acts 15 where Peter, James and Paul recommended the first-century church unhitch (my word, I’m open to an alternative) the law of Moses from the Gospel being preached to Gentiles in Antioch. The “party of the Pharisees” insisted Gentiles be circumcised and obey the law. They were the dual covenant party. Moses and Jesus. James said no, we are going to disconnect or unhitch the two. The party of the Pharisees could continue the dual covenant approach if they chose to. Many did. But the Gentiles would not be expected to follow suit. So, no, I’m not concerned that my teaching would leave people with that impression, especially if they listen to me preach on even a casual basis.

Us 21st-century believers should embrace the decision of the Jerusalem counsel. In my opinion anyway. Meaning, we should not add old covenant imperatives, old covenant contract language or old covenant promises made to Israel to the new covenant God established with us through Jesus.

I have a book coming out in September titled IRRESISTIBLE: Rediscovering the New that Jesus Unleashed for the World. Most of the book is about this very issue. Any concern folks have about my interest in and appreciation for the Old Testament will be put to rest. At the same time, I call out several bad habits and unfounded assumptions embraced by moderns Christians that stem from our bad habit of mixing and matching the content and promises of the old and new covenants.

Whenever someone like me—or anyone for that matter—begins talking about the Bible in unusual or new terms we should all pay attention and ask lots of questions. But throwing stones after listening to one sermon seems a bit premature.

If you could make one statement to the diverse group of critics to this message, what would you say?

We have far more in common than not. Help me. Email me your concerns. Call me. Follow me on twitter and direct message me. I certainly don’t want to mislead anyone. My ministry mission is to do exactly what James declared in Acts 15 when he said, “It is my judgment, therefore, that we should not make it difficult for the Gentiles who are turning to God.”

Like James, Peter and Paul, I want to remove every unnecessary obstacle to faith in Jesus. I love what Paul said in 1 Corinthians 9: “I have become all things to all people so that”—and here’s a line that rattles around in my heart all the time—”by all possible means I might save some.”

To my critics I would say, let’s come together so we can do more. The faith of the next generation depends upon it. We are stewards of the Church for our generation. Let’s get it right. And let’s honor Jesus’ prayer in John 17 and get it right, together.

Study: American Christians Have Become Reluctant to Share Their Faith