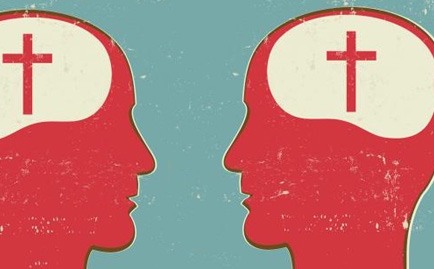 The Future Is in Your Fingers

One of the dominant attributes of Christianity today is that its adherents can’t seem to agree on much; or at least, we fight about things more loudly and publicly than we agree about things. This is sad—but probably inevitable. Since Christ’s time on this planet, His followers have been arguing about almost everything. It’s nothing new, though certain technologies (the blogosphere, Twitterverse, etc.) seem to amplify it today. We argue about all sorts of things—small, large, petty, important. We argue about “essentials” and “nonessentials,” and even about who decides which is which. The following is a solemn reflection on the things that divide us the most these days. What can we do to have better dialogue about these things?

1. Homosexuality. This is an explosive issue and is only going to get more explosive within the Christian church in the years to come. It’s the single biggest challenge facing the Church. What to do about gay marriage? Gay ordination? Homosexuality in church congregations? Legal issues related to nonprofit status? There are Christians on all sides of the issue, and it’s not an easy one to have civil, loving discussions about. It’s an issue that has already divided countless denominations, led to splits/schism and created a sort of line-in-the-sand litmus test between conservatives and liberals.

2. Universalism. The recent blow-up over Rob Bell’s Love Wins is just the tip of the iceberg on this one. Shortly after Justin Taylor’s first “shot heard round the world” post about “Universalist?” Rob Bell, theologian Scot McKnight wrote on his blog that “Universalism, or at least the prospect of it, is the single most significant issue running through the undercurrent of evangelicalism today.” It’s an issue that gets right to the heart of the question of orthodoxy. Are Christians who believe God will eventually save all humans (Muslims, Atheists, etc.) indeed heretics? Lines have been, and will be drawn in the sand on this issue.

3. Politics. The hyper-partisan atmosphere (fueled by a media that feeds on divisiveness) of contemporary politics has already wreaked havoc within Christianity, where Christian leaders and many churches seem to be more vocal about aligning with one or the other side of the political spectrum. As the evangelical left continues to grow, and more and more Sarah Palin-type Republican “Christian” politicians scare younger evangelicals away from the GOP, the tension will only become more apparent. Generational and regional divisions will only be amplified, as will the rural/urban disconnect.

4. Evolution. This has been a divisive issue for a long time, and continues to be. If the recent Christianity Today cover story on the historical Adam is any indicator, there are going to be some serious showdowns in coming years between the theistic evolution/BioLogos camp and the more conservative anti-Darwinist camps among evangelicals. As science continues to raise questions about biblical claims (about creation accounts, floods, etc.), the classic tension between science-faith is only going to become more exacerbated.

5. Women in Ministry. Evangelical writers and students like to talk about this issue in terms of “egalitarian” vs. “complimentarian,” but essentially it’s a debate about the role of women in church. Can they be leaders? Pastors? What kind of pastors? Are there distinct roles for men and women, both in the married relationship and in the church? This issue always gets Christians riled up, and denominations have formed (more or less) around their position on this issue. The recent pseudo-debate among Christian women discussing “Christian feminism” (see posts by Rachel Held Evans and Caryn Rivadeneira) is but one recent example of how explosive questions of women’s roles in the church and society can be for Christians.

6. The Internet. This may seem like a strange thing to blame for divisiveness, but I’m more and more convinced that the Internet and its accompanying glut of niche communities, insular blog networks and an almost requisite mode of mud-slinging discourse has caused all sorts of fragmentation and dissension in the Church. The Internet has made neo-Calvinism a “thing,” given rise to theological flame wars, and contributed to the rendering-obsolete of the local church. In our RSS, follow-who-you-want world, we consume media and discourse that more often than not simply affirms our established positions, and it’s easier than ever to identify ourselves in terms of the particular beliefs that set us apart, rather than those that bind us together with the larger Christian world.

What other things would you include on this list? How can we improve our discussions of these issues? Let us know in the comments, and besure to check back tomorrow as we take a closer look at the six key things that can unite Christianity.

The Search for Satisfaction

In the Seasons of Unchange