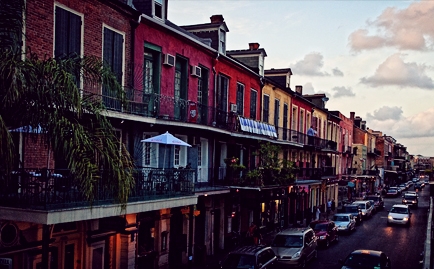 It’s hard to believe it’s been five years since the devastation of Hurricane
Katrina. It seems like such a short time ago that we were watching the
horrifying footage of suffering, destruction, looting and the
disaster-within-a-disaster at the Super Dome. Because such huge
catastrophes often have multi-year (or multi-decade) effects, we wanted
to find out how the recovery efforts are going on the fifth anniversary
of Katrina. We talked with Phyllis Freeman, the domestic disaster
director for World Vision, U.S. programs. Here’s what she had to say
about New Orleans then and now, how a community rebuilds and how both
government agencies and non-governmental organizations are better
prepared for future disasters.

Tell us about the first weeks following Hurricane Katrina.

At the time of Katrina, I was managing the World Vision facility in
Dallas. Then Katrina hit and in two weeks I went from Dallas into
Mississippi and into the New Orleans area. We also brought in staff
from around the country, and we deployed them into two different
directions: one part of our staff went to Louisiana and another team
deployed from Dallas to Mississippi. We wanted to visually see
the impact, as much as we possibly could, and meet some of the churches
and make a determination of how we could continue our support there.

How were the churches involved during the crisis?

Houston was feeling the same impact that Dallas was feeling with the number of families coming in. One church had been turned into a medical clinic.
Others we visited were turned into shelters. And so the church emerged
as they had never done to that degree before. And it was the most
powerful thing to see that they didn’t wait to be approved, they didn’t
ask; they immediately opened their doors to support the children and
families that were so tremendously impacted.

We went into the Ninth Ward first and we saw the barge that actually broke
the levee. When we arrived we saw it sitting there and it was one of
the most awesome sights. This huge ship broke that levee and [there was
such an] intensity of seeing the size of it—the water that was coming
over and just wiping out almost that entire [area and] almost no houses
remained standing. That was in mid-September 2005.

What was the condition of all the places affected by Katrina, and how has that changed in the last five years?

Some of the homes in the communities where the levee broke and the waters
moved into the community, [you can really see] the resilience of the
homeowners in the months of October, November and December of 2005.
They were repairing their homes and preparing to come back. Other
places, you saw homes with “for sale” signs on them.

I just returned to the Ninth Ward in the month of June of this year. Many
of those homes are in the same condition they were five years ago.
Which means that those families, wherever they are, haven’t been able
to return home. Maybe they came home and rented something else, but they
are not back.

When the water came over, you saw refrigerators on top of homes and cars on
top of garages and things like that. Those large items have been moved,
but the vegetation has come in. So you see plants growing out of the
roofs of houses because of the mud and everything else [in the floodwaters].

The concern is much has been done, but there’s still much to be done.
Basically that’s it. A catastrophic event the size of Katrina is
decades long in trying to recover. Even five or 10 years from now,
parts of New Orleans will probably look pretty much the same. If the
homes have been destroyed, then it will just be land. Just because the
media’s attention is not focused there, I think people must remember
that it’s a devastating, long-term event, and children are still being
impacted.

What has been the biggest factor in a neighborhood’s recovery?

I think the civic engagement of multiple individuals, businesses and
political entities. So if there’s an activist that would like to make
sure that their community is rebuilt in the right way, just being able
to collaborate with all of the different aspects and families
involved—[figuring out] whether or not you need permits or getting
people to engage with you. Fundraising is a key aspect of that, but it
takes the collaborative part to make sure that your communities
reemerge better than they were before.

How did Katrina change the way non-profits work with one another and with the government?

When you look at this kind of devastation and you talk about the good that
can come out of this kind of devastation. The benefit for all NGOs
[non-governmental organizations] like World Vision is that we’re all
working together now to coordinate, to pre-position volunteers and all
sorts of things. That wasn’t as tightly pulled together pre-Katrina as
it is now. For us, we are pre-positioning relationships country-wide
and products country-wide. That is going to be the key in a future
response. We’re prepared for the hurricane season that we’re currently
in, and we’ll do more work in the coming years.

And FEMA is much more organized. They are working with large
non-governmental agencies like the Salvation Army and the Red Cross, but
also Samaritan’s Purse, World Vision and other organizations like that.
We meet often, we talk about a broad spectrum of subjects all related
to disaster management. There’s major concerns about children and
individuals with disabilities in disasters. FEMA is so much more aware
that it’s much broader and it takes every organization that has an
influence and an impact in disaster management to work together. And
I’ve seen a significant difference between 2005 and now.

How can Christians be a positive force for good in both New Orleans and other areas affected by Katrina?

What It Means to Wait on the Lord