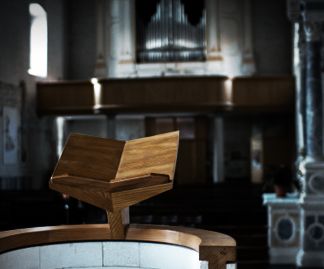 You can learn from a copier salesman

I was recently at a debate at the University of Minnesota where two interesting speakers took on the subject of "Can we be good without God."

Ever since 9/11, the subject of religion and God has come under intense public scrutiny. This debate was one such scrutiny. Dan Barker, a former evangelical pastor turned atheist apologist, argued that there is no scientific evidence for God and that God is not necessary for human morality. In his latest book, Godless: How an Evangelical Preacher Became One of America’s Leading Atheists, he shares his story of conversion to atheism and how we could live without God. Countering Barker’s points was Dinesh D’souza, author of What’s So Great about Christianity. D’Souza reminded the audience of nearly 1,500-plus students that modern day science is based on three faith-based propositions: the universe is rational, the universe is not only rational but also lawful, and the rationality of the universe mirrors the rationality within our own minds.

Barker, who is also the co-president of the Freedom From Religion Foundation (FFRF), tried his best to persuade the audience to consider the bankruptcy of religion and God. There was the preacher in him coming out when he held the Bible and read a few verses pointing out the absurdities, inconsistencies and violence. Now, this is fascinating. Not many atheists of the old were enthusiastic let alone passionate in spreading a passion for atheism. But today’s atheists—fierce, passionate and driven by missionary zeal—are proclaiming a new way of living: A life without God. A society without religion. A world without faith. But is this possible?

While everybody is entitled to opinion, not everybody is entitled to facts. Barker’s idea may be appealing to the Western world where only a fraction of the world’s population resides. Believers in God are plenty and the majority of them live outside the West (although God is still popular in the West). For the millions of people who share this earth, no amount of scientific evidence or reason is capable enough to shake the deeply entrenched and lively belief in God that marks their everyday life.

One of the key arguments the new evangelical atheists—men like Christopher Hitchens, Daniel Dennett, Richard Dawkins, Michael Shermer, Sam Harris and others—have been raising is that religion is dangerous and poisonous to society. They are echoing the utopian world that John Lennon sang about in “Imagine.” This is a complete misunderstanding of religions across the world. Except for a small number of religious fanatics, the rest of the religious people in the world are to a greater degree living in relative calm. The technological sophistications of the 21st digital century have not dampened religious revivals across the world. Religion is growing like wildfire today as never before. Religion thrives in underground churches of China, particularly Christianity as former Time journalist David Aikman recounts in his book, Jesus in Beijing. Aikman predicts, "Within the next 30 years, one-third of China’s population could be Christian, making China one of the largest Christian nations in the world. These Christians could also be China’s leaders, guiding the largest economy in the world." In Nigeria, both Islam and Christianity are growing rapidly. India has never witnessed a decline in religion, and it’s doubtful it ever will because religion and God are part and parcel of Indian life.

This does not mean people outside the West are intellectually lacking or simply indulgent in blind faith. Or at worst delusional, as Oxford biologist and prominent atheist Richard Dawkins notes in his best-selling book, The God Delusion. But rather believers in God worldwide have integrated God seamlessly into their lives without caving into atheism even though life is not fair, questions abound aplenty and God never seems to grant His appearance at every whim and fancy. The reason is simple: Every human being breathes air to live and yet nobody gets to see it. It is invisible. Yet they believe the air exists. We might say, well, we can feel the air. But so is God, many feel Him though they don’t see Him.

Belief in God or theism enjoys the world’s highest converts. Billions believe in God without anybody convincing them of God’s existence. Why is this so strange and yet so real and prevalent? The subject of God, contrary to what the atheists have come to believe, is refreshingly alive in the minds of millions.

The Bible – To Read Or Live?