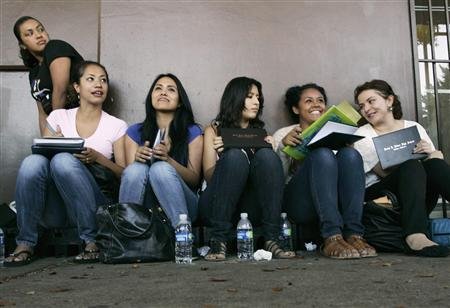 Today the government began accepting applications from young illegal immigrants seeking temporary legal status under relaxed deportation rules announced by the Obama administration in June. Illegal immigrants are eligible to apply for such deportation relief if they, among other criteria, were younger than 16 when they came to the United States, have not been convicted of a felony and are not currently older than 30. As many as 1.7 million people could qualify for the program, which also allows them to apply for renewable work permits. It’s a controversial measure that is sure to become a major issue heading in the fall elections. We want to know, what’s your take?