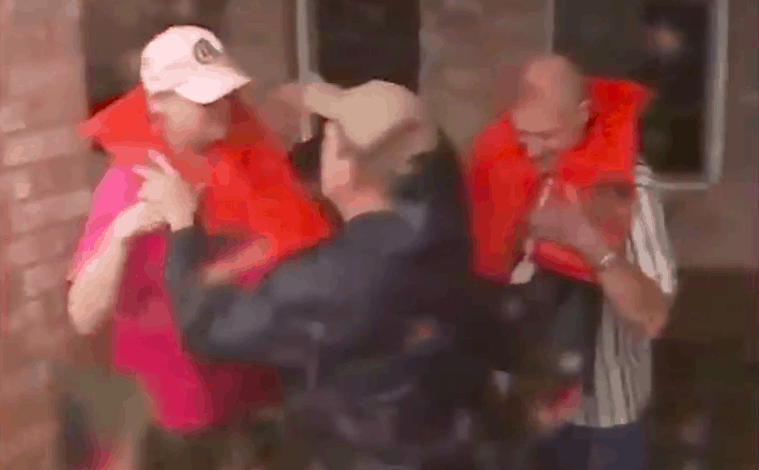 Reporters from across the country have descended on Texas to cover the historic floods that are displacing thousands of people from their homes and causing damage that we’ll be reckoning with for decades. Fortunately for the people of Texas, many of these reporters are also actively engaging in rescue efforts. The most recent example is KTRK reporter Jeff Ehling, who was reporting on the flooding by boat when he heard cries for help. “We’re coming to get you!” he cried in response.

“We’re coming to get you!“: KTRK reporter Jeff Ehling jumped from a boat to rescue a couple from their flooded home https://t.co/BIXV8XmzdW pic.twitter.com/CKqT57E5kZ

Rescue efforts in Texas have been full of inspiring stories of heroism and courage, with everyone from members of the Coast Guard to any volunteer with a boat willing to pitch in to help rescue people, their belongings and their pets from the floodwaters.

There have been tragic stories too, with news yesterday that a family of six was washed away in the flood on Monday. On Tuesday, Houston Police Sgt. Steve Perez—a 34-year veteran of the force—drowned while trying to get to work. “Our hearts are saddened,” Mayor Sylvester Turner said in a statement. “He was seeking to serve this city.”

If you want to donate to rescue efforts, you can get involved here.