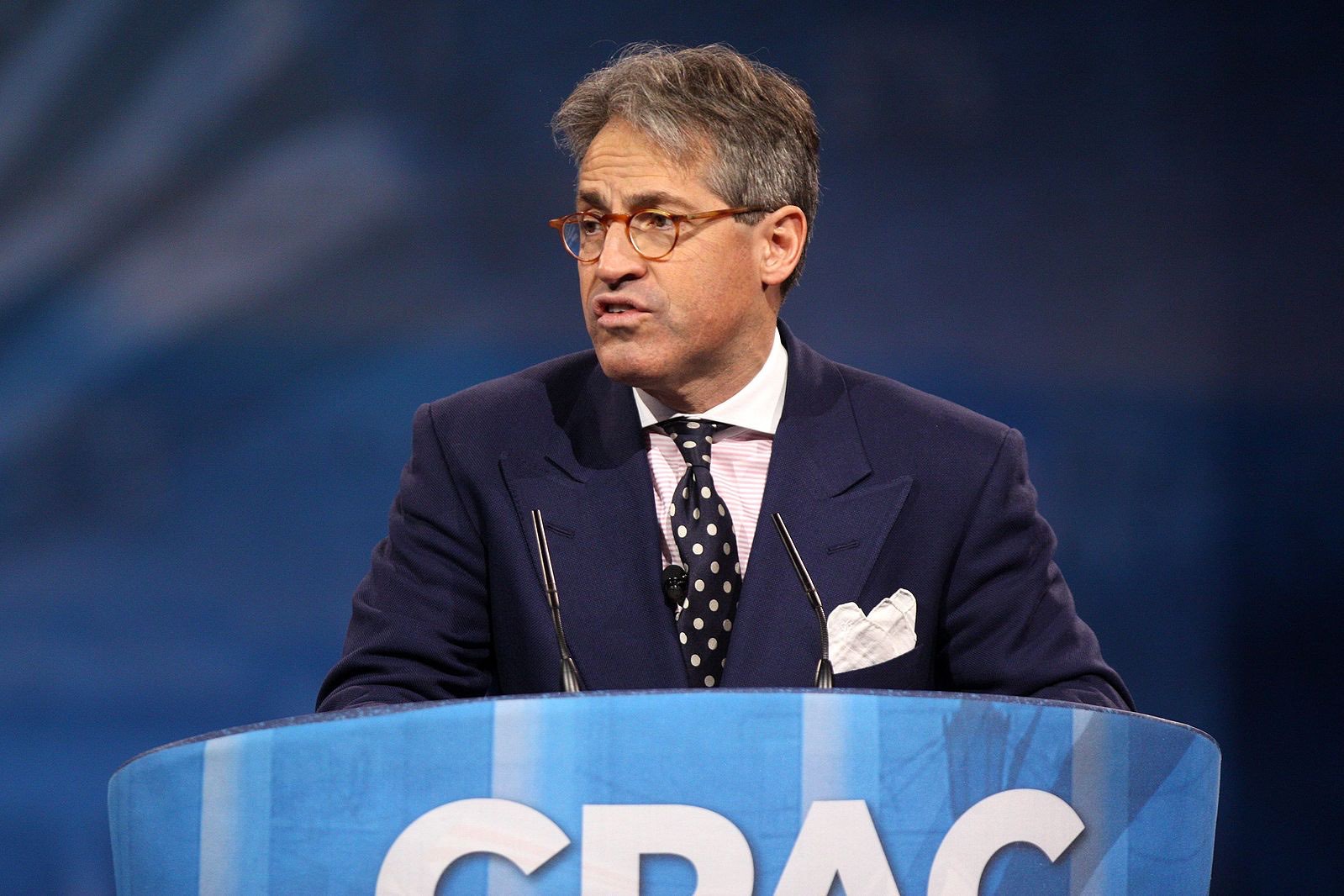 Eric Metaxas finds himself in the news for all kinds of reasons. Like, for example, Metaxas recently claimed that Jesus was a white man. That’s just the sort of stuff the conservative radio host, Bonhoeffer biographer and erstwhile Veggie Tales scribe does. But even by those standards, leaked video that appeared to show someone who looks very much like Metaxas just straight up sucker punching a D.C. protestor seemed awfully strange and a little suspect. Now, in an email with Religion Unplugged editor Paul Glader, Metaxas confirmed that, yes, that is him and, yes, he just punched the guy.

Video shows a group of well-dressed people leaving President Donald Trump’s speech during the Republican National Convention at the White House when they pass a group of chanting Trump protestors. One of the protestors, a cyclist, was shouting “F*** you! F*** Trump!” when video shows a man who appears to be Metaxas pivoting and punching the guy on the back of the head. A woman can be heard shouting “Eric!”

“It just happened,” Metaxas wrote to Glader. Religion Unplugged noted that Metaxas asked Glader to keep the email private but published its contents anyway since Glader had not agreed to an off the record conversation. Metaxas had not yet confirmed that he was the man in the video, only telling World Magazine that: “For context, just so you know, the guy came at me with his bike and was very menacing for a long time,”

But RNS spoke with the cyclist, who disputed Metaxas’ quote. “He attacked me,” said the man, who did not reveal his name. “I wasn’t threatening or intimidating. I was on a rented bicycle! He clearly punched me from behind.”

The man can be heard shouting at his assailant in the video: “You just attacked me, bro!” The man who closely resembles Metaxas then — there’s no other way to say it — moonwalks away. You can watch the video here but note that the protestor uses a lot of strong language.

“I wanted to get away from him, but I didn’t even know there were cops or anyone nearby, which is what made it all so frightening,” Metaxas wrote to Glader, according to Religion Unplugged. “It was very, very unpleasant.”

In a later Instagram Live video, the demonstrator said he was detained by Secret Service but implied that onlookers cleared his name by showing footage of the actual event. “I don’t want the dude to get charged,” the protestor said. “I just want awareness that Republicans are attacking people.”

A Christian Crowdfunding Site Has Raised Over $300,000 For Alleged Kenosha Shooter Kyle Rittenhouse