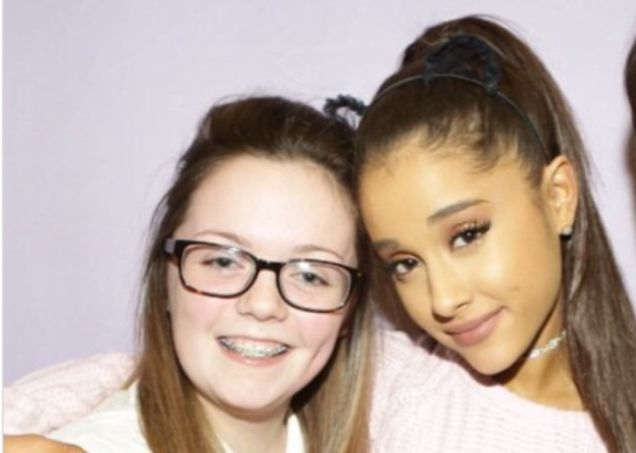 It’s impossible to overstate the horror of any terrorist attack, but a terrorist attack that targets the young is particularly monstrous. The attacks that ripped through Manchester, England at the tail end of an Ariana Grande concert left at least 22 dead and as you might expect, the first known victims are the young girls who make up the core of Grande’s fanbase.

Callander maintained an active social media presence, geeking out over superhero movies, Disney flicks and shows like Agent Carter and Once Upon a Time. Her Instagram account has a photo of her meeting Grande in 2015, and she’d been tweeting about her excitement about the concert.

Eight-year-old Saffie Roussos was mourned by her head teacher Chris Upton in a post that went up shortly after she was identified.

News of Saffie’s death in this appalling attack has come as a tremendous shock to all of us and I would like to send our deepest condolences to all of her family and friends. The thought that anyone could go out to a concert and not come home is heartbreaking. Saffie was simply a beautiful little girl in every aspect of the word. She was loved by everyone and her warmth and kindness will be remembered fondly. Saffie was quiet and unassuming with a creative flair.

ISIS has claimed responsibility for the bombings and Manchester police have arrested a 23-year-old male, though little more is known at this time. In a statement from Bethlehem, President Donald Trump said that “so many young, beautiful, innocent people living and enjoying their lives, murdered by evil losers. I won’t call them monsters because they would like that term, they would think that is a great name. I will call them, from now on, losers because that’s what they are: losers.”

There were stories of kindness amidst the horror and chaos. Manchester taxi cabs reportedly swarmed the arena where Grande had been playing, offering free rides to anyone who needed them. #roomsformanchester began trending on Twitter as an easy way for people who’d traveled in from out of town to find a free place to charge their phones, get a hot meal and stay for the night.

“I love the city of Manchester and am so proud of the city coming together,” said Mohammed Shafiq, Chief Executive of Manchester-based Ramadhan Foundation. “Tonight we have seen cab drivers giving free rides to those stranded, hotels and bars taking in the distressed and survivors and Mancunians showing compassion to their fellow citizens and guests of our city.”

These Are the 7 Summer Blockbusters You Need to Know About