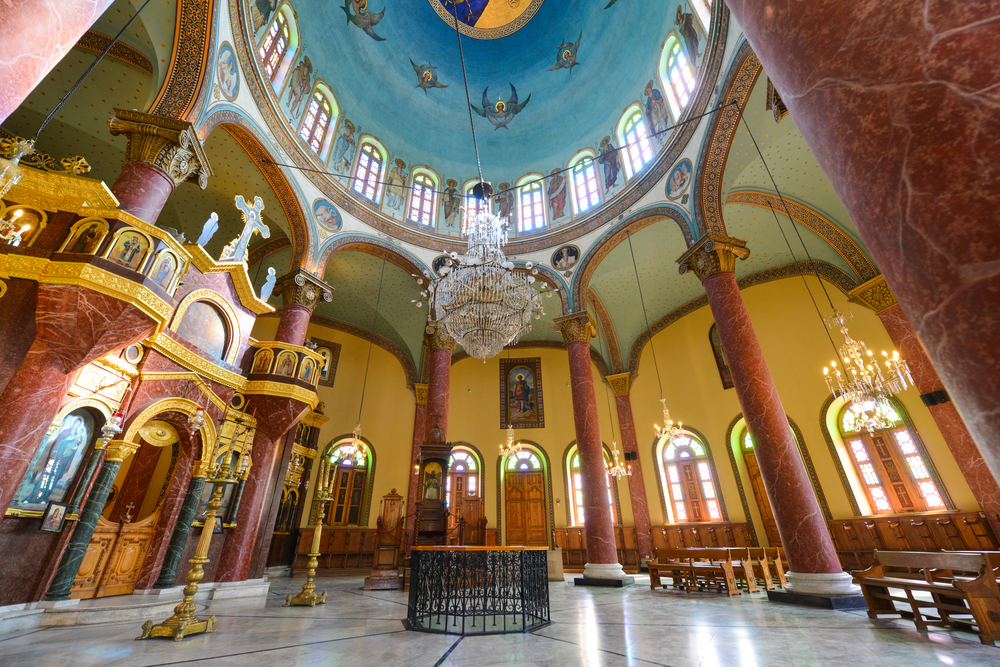 We recently spoke with Kristin Wright, the director of advocacy for Open Doors USA, a group that helps persecuted Christians around the world.

Wright explained why the churchgoers were targeted, the dire situation for Christians across the Middle East and how you can help.

For people who missed the headlines, this past weekend there were dozens of worshippers at churches on Palm Sunday in Egypt who were victims to horrific bombings. Can you explain a little bit about what happened there?

Unfortunately, on Sunday as Christians attended services, there were two different bombings resulting in the deaths of dozens of people, and I believe that the most recent numbers are that there are hundreds that are injured.

I know they’re a religious minority, but what is everyday life as a Christian in Egypt like?

There are approximately just over 9 million Christians in Egypt, and this is in a population of 95 million, so you are looking at right about 10 percent of the population.

Most Christians are Coptic Christians. This, of course, is an ancient Christian community. It’s a large minority compared to Christians in other places in the Middle East and North Africa.

But while they’ve faced a lot of great difficulties, they’ve also in the past been tolerated because of their demographic size, their historical significance.

But we’re seeing some changes in recent years as Christians are being violently targeted and these horrifying attacks are taking place.

There is a small community of Muslim background believers—Christians from Muslim families—as well in Egypt ,and that’s a community that Open Doors also works with, although we are also very involved with the Coptic church.

Some of the ways Open Doors works to help Christians in Egypt is through literacy training.

We see where Christian women are twice victimized, because they face difficulties because of their gender and then also because of their faith in Christ. We hear terrible accounts of kidnappings, of rape, of forced marriage, and Open Doors is very active in working to assist those women who have faced horrifying situations like that and the work in area of women’s empowerment.

They’re a resilient community, but they’re facing so much right now that I think it’s really important now more than ever to know that Christians around the world are standing with them in this hour of horror and of tragedy.

As you mentioned the situation throughout the Middle East has just gotten horrific for Christians. How much worse has it gotten specifically in that region in that last two years?

It’s definitely increasing in the region.

If you look at the Middle East and the rise of ISIS and targeted attacks against Christians, then you can see also where the Islamic extremists have been gaining ground in Egypt. And unfortunately there is just this very tense environment right now where we see that the Coptic Christians, not by really doing anything, have just become aligned or perceived in this way that they should be targeted.

So the Islamists look at the Coptic Christians as a threat. They look at them like they are aligned with the government in some way and go after them.

So I think it’s just a terribly unfair and unjust reality for Christians in Egypt. They are just trying to live their lives. These are ordinary people like you and I.

We need to pray for justice. We need to pray that this terrible event will draw the attention of world leaders to focus more on human rights and religious persecution in Egypt.

And those two are very linked. Both of those areas must be addressed.

I know you mentioned that the Coptic Christians in Egypt are resilient, but what has the reaction been to these particular attacks?

Their spirit is crying in pain and agony because of what has happened, so it’s just a deeply devastating situation, and as you can imagine, they are really concerned about bringing their families to church. And that’s a terrible thing.

I think in that sense that’s what these terrorist attacks really accomplish, is just shaking up the community, and it’s a time of great sadness for the people who have been affected.

How can Christians help these communities?

You can read more about this story and the ways Open Doors is working to address the situation of persecuted Christians in Egypt by visiting opendoorsusa.org.

You can also visit the World Watch List and this is a resource that has a lot of information about each of the individual countries where Christians face the most severe persecution. There’s an entire country profile. There’s a downloadable resource kit on Egypt.

And finally, I would just encourage everyone to pray for the Christians in Egypt, for the families who have been affected, for the Christians who now have to think about this attack every time that they are going to church on Sunday, for fear not to hold them back.

Pray for the continued resilience of this community and for the Christians in Egypt to know that they are not alone.

US Drops ‘Mother of All Bombs’ on ISIS

Africa Has Dodged the Worst of the COVID-19 Pandemic