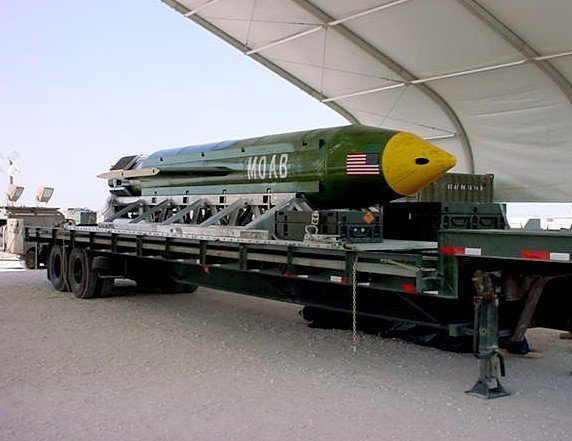 The Pentagon reported that the United States dropped the largest non-nuclear bomb on an ISIS cave in Afghanistan earlier today.

The bomb, nicknamed the “Mother of All Bombs,” was so large that it was dropped from the back of a cargo plane.

According to The New York Times, at the height of the war in Afghanistan, similar bombs were dropped on the caves of the Taliban and Al Qaeda.

The Pentagon did not say how many of those targeted were killed—it also did not mention if any civilians were killed but maintained that they did everything they could to ensure no civilians would be harmed.

What ‘The Leftovers’ Teaches Us About Brokenness