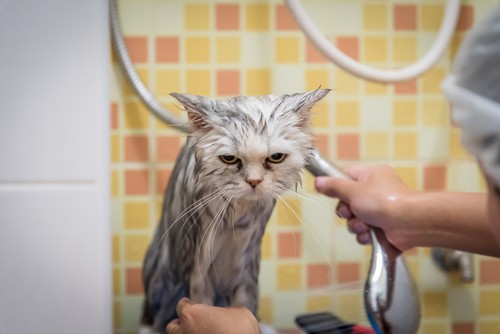 As everyone knows, one of the big differences between cats and dogs is that when you call a dog, it comes bounding toward you with eyes full of love and affection and when you call a cat, you might as well be whispering into the void of outer space. But new research says your cat actually does know its name and is well aware when you’re calling it. It just doesn’t care. [h/t Guardian]

Many cat owners may not be surprised to hear cats do understand their own names but until now, science was actually out on the question. Now, research has shown that cats do know their names, albeit they barely care, as the Guardian’s unintentionally hilarious description of the study reveals.

“The authors said: ‘the training of cats to perform on command would require a lot of effort and time.’ Instead they took a different approach, playing a voice saying four words followed by the name of the cat – all in the same intonation – and noting the animal’s responses and movements through video recordings made in the cat’s normal surroundings … The results showed that cats rarely did more than twitch an ear or move their heads in response to the voices, with very few so much as moving their tail, let alone meowing. Nonetheless, the team said the results, based on a four-point scale of how much each cat responded, showed cats could tell their name apart from other words.”

So, there you have it. Cats know their own names so well that they will even twitch their ear in response to it. Never doubt the truly astonishing levels of apathy God created in our cats.