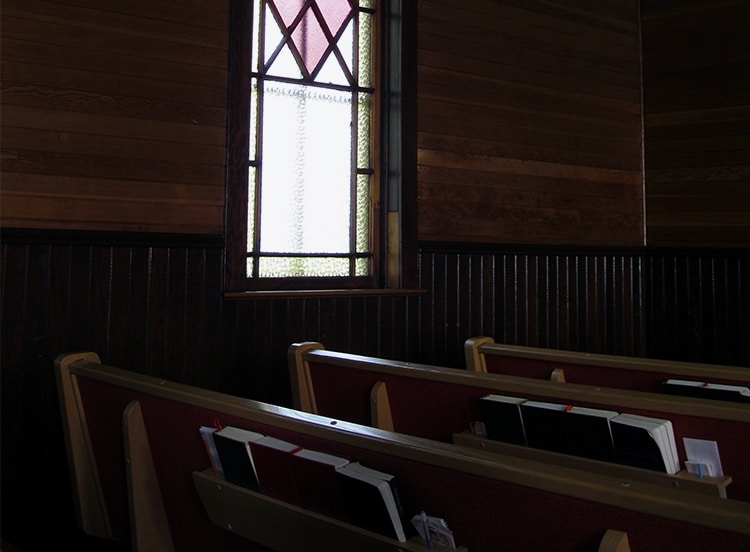 When Christopher Hartley, a priest in New York, asked to be a missionary, he didn’t know what to expect out of his assignment in the Dominican Republic. Not long after his arrival, he stumbled upon what was a human-trafficking ring with the victims being the people of next-door Haiti. The living and working conditions of the people were nothing short of deplorable.

Hartley felt compelled to speak out against the trafficking to some of the highest-ranking officials in the country and ended up being permanently expelled from the country about a decade ago. Hartley tells his whole story through author Jesus Garcia in the new book, Slaves in Paradise.

We talked to Hartley about his experiences.

Slaves in Paradise tells a story of exploited sugar cane workers in the Dominican Republic. In your experience working there, can you tell us a little bit first about how you came to that Region?

I arrived in the Dominican Republic in September 1997. I was at the time, the pastor, the parish priest of the St. Patrick’s Cathedral in Lower Manhattan in New York. So I had come basically as a missionary. I always wanted to be a missionary and I realized that I was getting a little bit sidetracked in this vocation so I asked permission to the cardinal, and he very graciously allowed me to go down to the Dominican Republic, which I knew was poor, but I had no idea of the horrific living and working conditions of the sugar cane workers on those plantations.

I didn’t even know there were sugar cane plantations in that parish I just thought I was going to be baptizing children and marrying couples and burying the dead—what any ordinary priest would do in his parish even if I knew it was in the context of poverty. I was very ill-equipped for what I was going to encounter from day one of my arrival in that region.

How did you become exposed to these horrible living conditions?

I didn’t realize that I had 700 square miles of a parish with more than 60 of these battelas—little hamlets—where Haitian men, women and children are smuggled into the Dominican Republic every year to harvest sugar cane. They were my parishioners—the people I had to go and minister to.

It took me at least two years to understand the depths of horror—deprivation, poverty, abuse, disregard and disdain—for the value of human life that this one Catholic family had their workers living in. So at 4 p.m., which happened to be the time I was celebrating, I asked at the end of the service, “What did you eat today?”

And when they said “nothing yet,” I asked myself how these people can call me father? I discovered the people harvesting the sugar cane with the hatchet and machete were being paid less than 80 cents per ton of sugar cane harvested and they were not paid in money, they were paid in vouchers that could only be redeemed at the company store.

I discovered that children as young as 4 were sowing the sugar cane fields for less than 25 cents per furrow. I discovered that the oxen and people were drinking water from the same source and that they were sleeping on bunks that had no mattress and were living in absolute squalor.

I said but what kind of a priest am I? These people call me father and I go back home, I eat my three square meals and I say, “God bless you” at the end of my service. So that really questioned what was going to be my mission from then onwards, to announce Jesus Christ, to proclaim the gospel, to be a witness.

How did these thousands of workers get smuggled in and for the children born there, is this the only existence that they know?

Smuggling Haitians into the Dominican Republic is a huge business for the government. So all of this is done with the complicity of the three families that own the sugar industry. The United States is the only buyer of all the sugar harvested in the Dominican Republic. Two hundred thousand metric tons sugar that comes raw, is refined in the United States. If you use Domino Sugar, there’s a big chance you are using sugar from plantations like the ones I’ve just described. So, around November when the harvest season begins, thousands of men are rounded up.

Technically speaking the State Department considers this to be trafficking, because they are brought through deceit and false promises. They’re not brought in shackles and chains but they are brought across the southern border with false promises and lies and the promise of a better life. Everybody knows the horrendous conditions in Haiti, so it’s a very ripe terrain to smuggle people in.

Thousands of these children are born in the battelas and if they attempt to escape, freedom is danger because they can immediately be deported. The irony is the people who are born in the Dominican Republic of Haitian parents or grandparents can be deported to a country they’ve never been to. Just because maybe they are undocumented. Being undocumented and being illegal is very different. A child might be undocumented but that doesn’t mean he’s illegal. He was born there on those plantations.

In a country of about 9 million people, it is estimated there are about a million Haitians in the Dominican Republic living and working in these horrendous conditions.

There was a turning point, as God likes to do things, that sprang me into action. I was told that the president of the Dominican Republic was coming to a nearby town, close to one of the battelas for some political activity for his re-election campaign and I was invited as the local priest to make a prayer invocation.

Instead of making an invocation, I wrote a three-page speech that began with the words, Mr. President, whether you realize it or not, you have come to the threshold of hell.” Very naive on my part, maybe I wouldn’t have written those words now 20 years later but I didn’t know any better.

Everything I described, nothing had changed in three years so my only recourse was to do what I am doing at this very moment: is the media, the international media, radio, newspapers, documentaries, whatever. But all hell broke loose from that moment onwards I began to receive death threats, anonymous letters, my house was stoned, anonymous phone calls.

The Spanish embassy became very concerned and the government posted a policeman with a rifle 24 hours a day on duty, who was literally my shadow from 2004 – 2006. I couldn’t go from my residence to the church if it was not in his company, much less into the plantation.

And all of this just became too much and I was expelled from the Dominican Republic in October 2006 and I cannot return to the island.

Since this has all been exposed and you’ve been expelled from the country, how have things changed and what are conditions like on these plantations at this point?

Well, thank God many things have changed. Have improved—not changed completely, but I think the word is improved somewhat.

Some schools have been built, some transportation is now provided for workers to health care services even if they’re very meager.

I’d say now in some plantations child labor has been practically abolished. In some companies now they are paying in cash. In some of these plantations, the barracks have been destroyed to their foundation and now they have other living accommodations.

I would say that is, in principle, what has began to improve. I think there is a lot of feet dragging by the United States government in great complicity with these companies which have a very solid footing on Capitol Hill.

What can readers do politically, legislatively, from a humanitarian standpoint to make sure that feet aren’t being dragged and that something is being done about this and how can they make sure that their purchases don’t empower these plantations to continue doing what they are doing?

Americans are very good at writing letters and expressing their opinions and that’s wonderful because it’s part of the democratic system. So to write to their congressmen and women, to be sure that the sugar produced in these appalling conditions is not sold in their states.

It is clearly stated in the report, year after year produced by the U.S. State Department. The horrendous conditions in the sugar cane fields of the Dominican Republic, the million dollar question is. If we know that this is happening, if we have accepted that this is happening. In a report by the United States Department of Labor in 2013, why do we continue to import this sugar when if there is anything in abundance in the world, it is sugar.

I always tell people that everybody’s brave until they are confronted by the enemy. Until they are threatened, until something happens. We all think we are courageous. I didn’t know that I was brave until I walked into that plantation. And I realized how frightened I was. Now if you asked me, how did you overcome your fear? The only reason I was able to overcome my fear, it was not because I was cocky hopefully or courageous or thought I was Rambo or Superman.

It was because I had to ask myself if I love these people enough to lay down my life for them. Did I love them enough in order to stand there between them and harm’s way? And what happened wasn’t nice but because somebody stood there, something began to change.

‘Millennial’ Shouldn’t Be a Derogatory Term