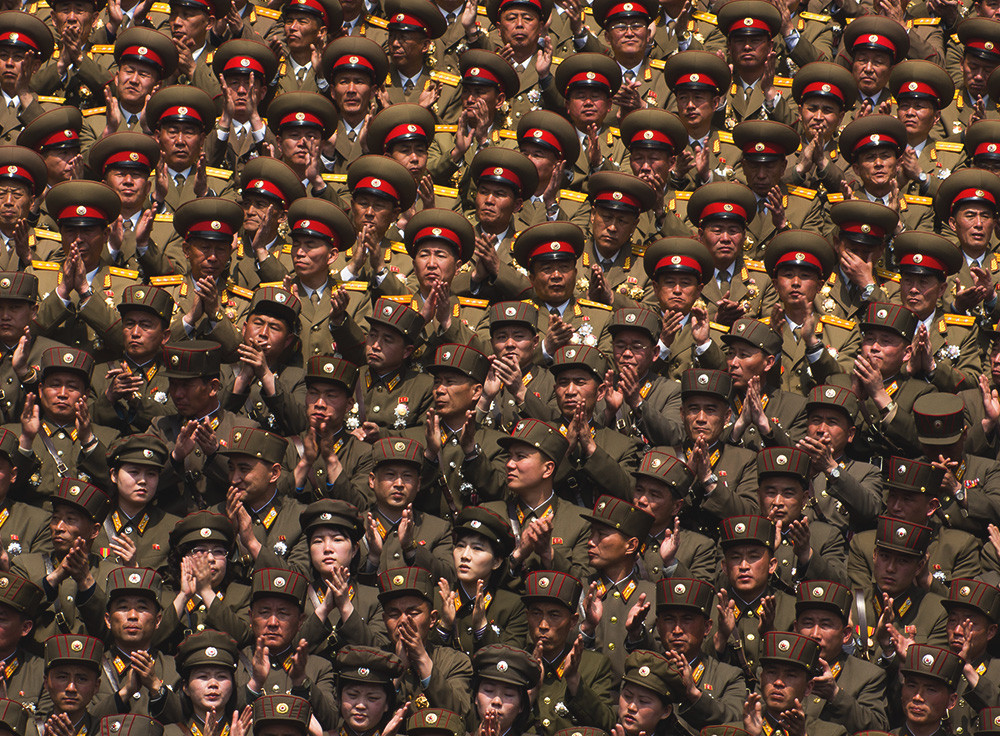 Is Warlord Joseph Kony Preparing to Mount a Comeback?

The whole world is watching North Korea to see what will come of their missile tests.

While that’s important to keep an eye on, we can’t forget to have compassion for the regime the people living in North Korea are dealing with. The same North Korean leader who has the outside world on edge constantly treats the people of North Korea in the same way.

On a day-to-day basis, North Koreans face extrajudicial punishments, religious persecution, lack of access to food and other basic necessities, among other things that have caused human rights organizations to rank the country as being one of the top ones to watch for human rights violations of several different types.

North Korea is consistently No.1 in religious persecution.

There’s no real way to get accurate numbers of Christians in North Korea, but experts guess the number is somewhere between 300,000 and 500,000 Christians who are all forced to practice in secrecy. In Open Doors’ 2017 World Watch List, which ranks countries on their persecution of Christians based on several factors, North Korea was ranked No. 1 again, maintaining the title of most extreme in its persecution since 2002.

North Korea’s official position is that the country is atheist. Citizens of the dictatorship are forced to worship the Kim family, and anyone who does not is subject to immediate punishment—arrest, torture or death, which could come in the form of a public execution. And often times the punishment is doled out for three generations, meaning that a person’s children and grandchildren would also be subject to repercussions of any crime that person is suspected of committing.

In 2014, the United Nations found North Korea to be guilty of crimes against humanity in one of its reports, and part of that finding was based on the fact that the people of North Korea have no semblance of religious freedom.

North Koreans are also placed under tight restrictions on their travel in order to keep them from fleeing the country permanently. But even then, China’s government often forces those seeking refuge back to North Korea, usually regardless of how long they had been living in China.

Tens of thousands of people living in prison camps

News has been coming out about North Korea’s prison camps since 2014. Officially, North Korea has denied that the camps even exist, but human rights organizations have been able to confirm their existence through satellite images and stories from survivors.

As of late 2016, the U.N. believed that between 80,000 and 120,000 people are being held in a system of four large political prisons. The order to go to one of these camps is never through a judicial system. Based on any suspicion of a political crime, the suspect will be “disappeared” into one of these camps, according to the U.N.’s report. The report goes on to say that the prison populations decrease only as people are deliberately starved, forced into excessive labor, executed, tortured, raped, are forced into having an abortion or have their children killed.

The U.N. estimates that hundreds of thousands of people have died in these camps since the Kim family began ruling.

Women are disadvantaged in almost every aspect of life in North Korea. In response to a famine in the ’90s, many women went into business for themselves. Those who have been successful are often targeted by the government to pay fines or bribes, and the women who are the most marginalized are also targeted.

The State also targets women in an effort to confine them to the stereotype of the pure and docile Korean woman. Women are often victims of sexual assault and other gender-based violence, but the government doesn’t offer them any recourse, protection or support.

Other human rights violations that affect everyone, like a lack of food and mobility through the social classes, also affect women and young girls more harshly, often leading them into prostitution just so they can afford basic necessities.

Lack of Access to Information and Freedom of Expression

Citizens of North Korea have no access to independent media or public, dissenting opinions. Propaganda in favor of North Korea is a constant—usually in the form of catchy songs that remind them to remain obedient to the Kim family, to serve their country faithfully and to remember that they are the happiest people in the world.

Any news media that comes out of North Korea is state-controlled. According to the U.N., domestic phone calls are the only ones allowed for the most part and they are monitored. North Koreans are also not allowed to watch foreign media, including movies and even soap operas. As people seek outside, independent information, they are frequently made into an example and punished harshly

North Koreans have access to the internet, but they are only able to access about 30 websites, according to the BBC. The websites include approved movies, recipes and cooking related pages and a large amount of propaganda for Kim, including pages about the “Supreme Leader’s Activities.” Other sites are usually out of date and generally pretty basic.