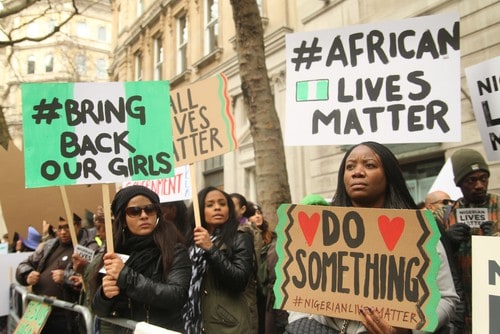 Christians in Nigeria are suffering severe persecution. Since January, over 6,000 Nigerian Christians have been killed in raids perpetrated by Fulani herdsman and Boko Haram. Many of the victims killed were women and children.

Open Doors, an organization dedicated to providing aid for persecuted Christians, estimated that “at least 3,000 believers were displaced by the slaughter of over 200 people in a series of raids at the end of June.”

Open Doors has been able to provide some relief to these misplaced Christians. RELEVANT caught up with Kristin Wright, director of advocacy at Open Doors USA, to discuss the crisis in Nigeria, and what we can do to make a difference.

RELEVANT: Why are these Christian communities in the country being targeted?

Wright: There are a couple of reasons why Christians are being targeted in Nigeria, and it’s not only Christians who are suffering. There are Muslims and others all over the country who are suffering because of groups like Boko Haram. Boko Haram has relentlessly attacked Christian communities as well as Muslim communities all over the North. This is something that continues to happen, and the displacement numbers are really staggering throughout Nigeria. Anywhere between 1 and 2 million people have been displaced completely. Some have fled across borders. But many have stayed and now live in dire circumstances. It’s a difficult situation.

A lot of people know Boko Haram from the mass abductions that have taken place, but why are they targeting other communities aside from just Christians?

Something a lot of people are familiar with when they think about Boko Haram is the Chibok schoolgirls mass abduction, but what a lot of people don’t realize is that that specific abduction was only one of thousands that have occurred. When I went to Nigeria a couple of years ago, I met with many parents of the kidnapped Chibok girls, but I also met with and interviewed numerous women who had been abducted. These women were held in captivity anywhere from one month to six months to a year, and in many cases were used as human shields to protect Boko Haram militants from militant attacks. They were also raped and attacked.

The saddest thing I heard was the difficulty these women had in reintegrating to their communities once they’d been liberated. Because for instance, if they return and are pregnant with the child of a militant, their families sometimes don’t trust them or are afraid that they’ve been brainwashed. So these girls and women have suffered twice over, first from the kidnapping, second from the societal issues coming back and trying to return.

There’s a lot of heartache along those lines, but Boko Haram’s goal is to purify their version of Islam in Northern Nigeria. They really stand against Western education and anyone who’s perceived to be associated with the West in any way. Unfortunately in Nigeria, Christians have been associated with that and have become one of their main targets. They are also against girls and women getting an education.

How does what is happening in Northern Nigeria contrast to what’s happening in the central part of the country with the other militant group? Are they also motivated by radical ideology?

It’s a different situation entirely. It’s against Boko Haram’s non-Islamic education, which means that it’s forbidden, and they’re basing their terrorist attacks on that ideology. In the middle belt we see a different form of violence unfolding. It still impacts people in many of the same ways: Villages have been burned. Churches have been burned. People have been attacked in horrible ways. But this cuts along different lines. It’s cultural. It is along religious lines. And I think that’s one of the reasons why it hasn’t risen to the surface. Boko Haram is, of course, the deadliest terror group in the world. A lot of people don’t realize that it actually is, considering the number of people that they have slaughtered throughout northern Nigeria.

But the Fulani militants aren’t getting nearly the attention that Boko Haram received in the past, and they, too, are on a deadly path of attacking people because of their faith. That violence is leading to mass displacement throughout Nigeria, so what we see is a huge movement of people who are having to flee from their homes, live in displacement for a while and then hopefully return if their areas are secured.

But Nigeria could tilt very easily at this point. The displacement crisis is so severe that it’s already spilling over the borders. People are going into other countries, which could create a massive humanitarian crisis far beyond the borders of Nigeria and Africa.

What is Open Doors doing on the ground there, and what’s the situation actually like in these areas where people are coming together after they’ve left their homes?

When I was in Nigeria, one of the most meaningful things that I saw was the way that Open Doors and organizations are working to come alongside these communities that have faced such trials. So Open Doors does a lot of trauma counseling, so we’re working to get to the heart of the matter. Yes, we are providing food, blankets, shelter … all of those necessities that people need, but we’re also working to holistically address the issues that these people have faced.

Open Doors is one of the few organizations in the area of Chibok that actually is still helping the families of the kidnapped Chibok girls as they coped with their loss, helping with trauma counseling, etc. Then in many other isolated areas where a lot of other organizations won’t go, we’re there providing trauma counseling, providing basic assistance and helping the people to restart their lives in the midst of extreme suffering.

When I was in Nigeria, we met with many groups of people including women who had been abducted and suffered being raped and attacked. We also met with widowed women, which is a very common thing because of the fighting in Nigeria. We met with many amputees, people who have had their limbs chopped off by Boko Haram. It’s so horrifying.

All of these people need trauma counseling. We need to get to the heart of the matter and address what they’ve been through mentally, psychologically, spiritually … all of that.

Is there anything that readers can do to help advocate for international policies to help the government of Nigeria keep these groups under control?

We have pushed the government before on finding girls and women who have been abducted, and that’s something that people out there can be a part of. Just visit opendoorsusa.org and there are a lot of ways you can get involved.

You can even write letters of encouragement. We’ve done this a number of times to the families of abducted victims of Boko Haram to support and encourage them. This is what Open Doors is all about. We are a presence ministry, and it’s about standing with people and alongside them. So yes, one thousand percent, anyone who’s reading can be part of standing with those who are persecuted in Nigeria through sending letters, through advocating and then of course through giving, which helps to provide for their needs.

3 Reasons You Should Question Your Views on Big Issues