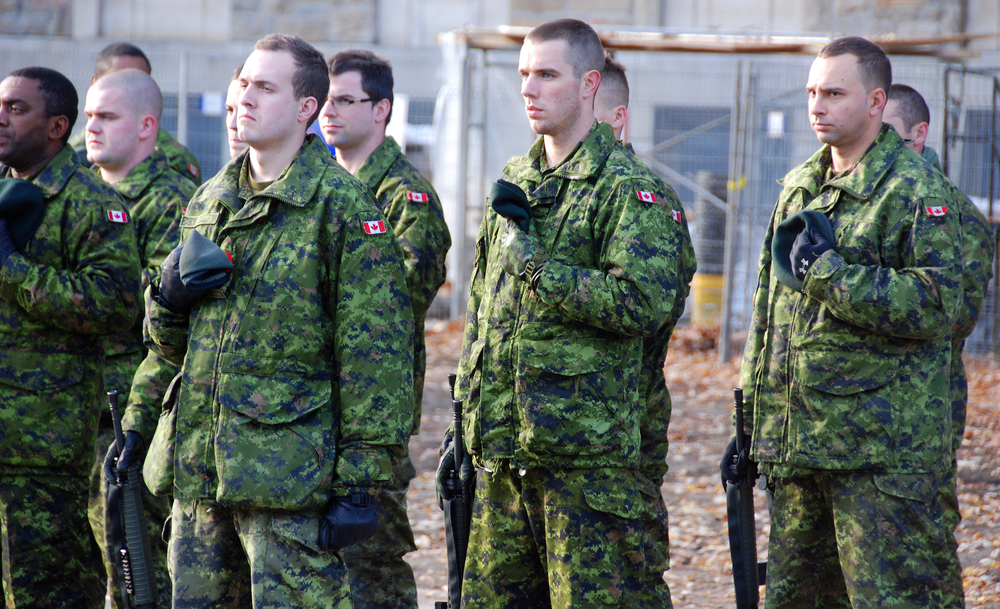 One incredibly sad but very real question that soldiers must face in modern combat is the question of how to deal with armed child soldiers. According to international law, child soldiers are supposed to be treated like innocent victims of war, to be demobilized and interrogated. But international law has little to say about the truly horrific reality of children who’ve been given a gun and taught to shoot on sight. If a soldier turns a corner and sees a 9-year-old pointing a gun, what’s the correct response?

Canada might be the first country to actually codify their response, and the answer is not surprising but is still soul-crushing: If you have to shoot, shoot.

This is in response to the increasing frequency of rebel groups and terrorists who force child soldiers into their employ. According to The Economist, soldiers who’ve been forced to engage with child soldiers say it’s the single most difficult part of war. “We always thought it was the ambush or the accident that was the hardest point” of war, retired Canadian general Roméo Dallaire said in a hearing. But Dallaire says he now believes that the actual “hardest one is the moral dilemma and the moral destruction of having to face children.”

The Economist also told stories of soldiers who’ve been unable to hug their own children at home after pulling the trigger, and there have been soldiers who’ve committed suicide after being forced to kill child soldiers.

Canada’s new rules suggest shooting as a last resort. If possible, Canada’s guidelines say, try to shoot any adult military leaders to demoralize the child soldiers. It suggests going in as heavily armed as possible, since child soldiers are often more inclined to tackle lightly armed units. In any case, the rules stress that pulling the trigger is a worst-case scenario. Any soldiers who engage with children are required to receive a psychological evaluation upon their return.

The Economist spoke with Jo Becker, a children’s rights expert at New York’s Human Rights Watch. She said she’s trying to be understanding of the impossible situation soldiers may find themselves in on the battlefield, and is reportedly appreciative of the fact that “Canada is trying to strike a balance between treating children as innocents and recognizing them as battlefield threats.”