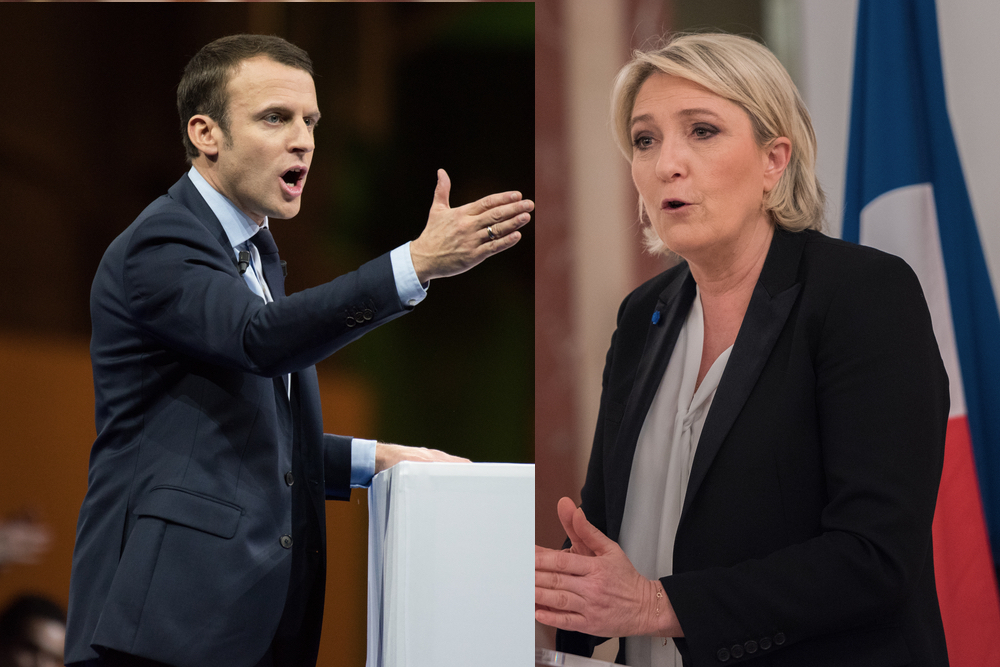 Sacré bleu. The first round of France’s presidential election is over and, with it, the end of an era for French politics. For the first time since the ’50s, none of the traditional right or left parties will be represented in what’s called “the final run-off” — the second and last round of France’s presidential election process.

So the presidential election will take place between two candidates. The first is Emmanuel Macron, the former economics minister whose improbable rise from total obscurity would have been considered an impossibility just months ago.

The second is Marine Le Pen, the deeply controversial, far-right National Front leader whose harsh anti-immigration rhetoric and chest-thumping nationalism has won a lot of support, even as she’s had to field off frequent accusations of racism and nativism.

So along with Brexit and the 2016 U.S. presidential election, it’s another bonkers, world-shaping election full of improbable twists and turns. No matter who wins, it’s another sure sign of shifting political lines, in which political parties are shaped less by policy than identity.

How Being ‘Authentic’ Is Holding You Back

A Third American Has Been Detained in North Korea