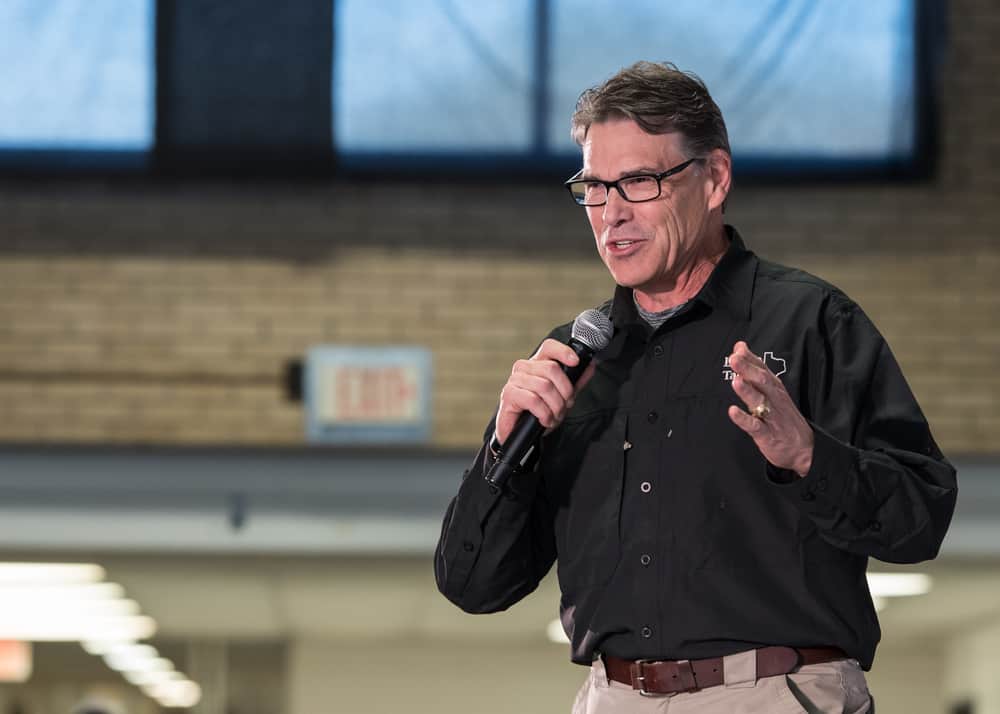 Rick Perry, the U.S. Secretary of Energy who infamously once said he would do away with the Department of Energy, told CNBC that he didn’t believe that carbon dioxide emissions from humans are the main cause for climate change.

“No, most likely the primary control knob is the ocean waters and this environment that we live in,” Perry told the “Squawk Box”—an opinion that runs counter to the broad scientific consensus.

“The fact is this shouldn’t be a debate about, ‘Is the climate changing, is man having an effect on it?’ Yeah, we are. The question should be just how much, and what are the policy changes that we need to make to effect that?” he said.

He went on to say: “This idea that science is just absolutely settled and if you don’t believe it’s settled then somehow you’re another neanderthal, that is so inappropriate from my perspective.”

The Department of Energy is one of the departments that may be up for budget cuts under the Trump administration.

Adventure Is Good. But Planting Roots Is Essential

Otto Warmbier, Who Was Released From North Korea Last Week, Has Passed Away