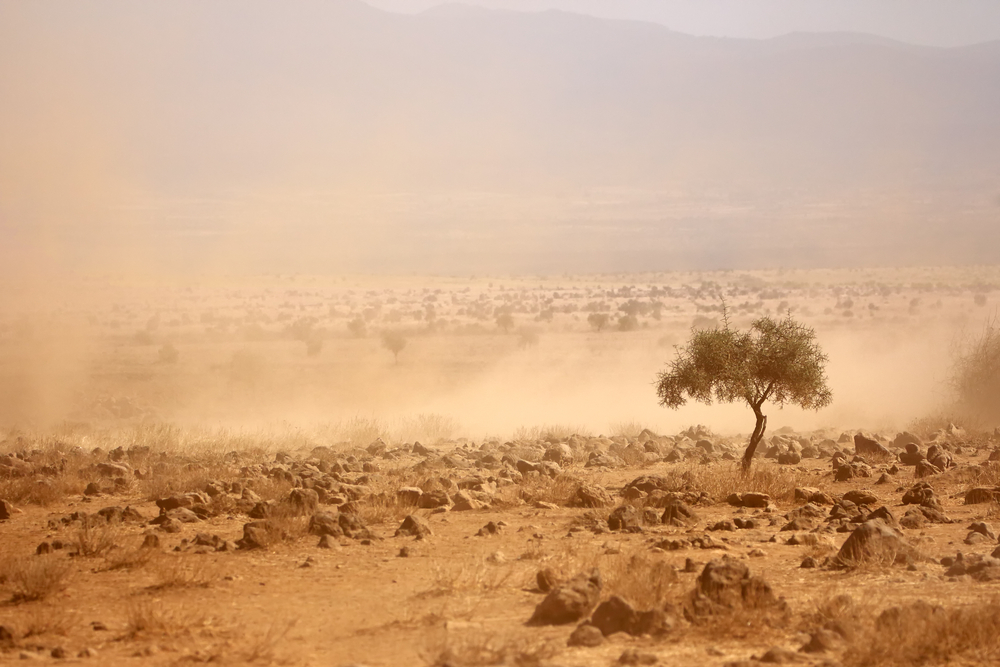 You’ve seen it in the news: Here comes another famine. More people are at risk of starvation than ever before in modern history: 20 million people in South Sudan, Somalia, Nigeria and Yemen, in addition to millions more requiring food aid in other parts of the world.

A photo my colleague just brought back from drought-stricken Kenya underscores the need. It shows a mother and her children trying to suck the marrow from the bones of dead donkeys that litter the dusty landscape. Those bones are all they have to eat.

Here in our land of plenty, we struggle to respond. Hunger crises seem to come around with depressing regularity. It’s not the first time we’ve seen photos of skeletal children. The countries and causes change, but the effects look the same. No wonder we’re numb to it.

Falling to our knees in prayer is a good start. That’s why churches around the globe have called a Global Day of Prayer to End Famine for May 21.

But is prayer enough in response to such widespread suffering?

Is Prayer Just a Form of Slacktivism?

After all, prayer hashtags have become a knee-jerk reaction to tragedy (think #PrayForParis, #PrayForSyria). I see the “praying hands” emoji more and more on social media. You can cynically say these are signs of “slacktivism,” empty public gestures without any real investment. It’s no different than glibly saying “I’ll pray for you” to get out of having to do something.

Why have we made this a binary choice—pray or do? Both are important. Praying for people who are suffering is a critical first step preceding action, allowing God to work in our hearts and give us insight and empathy.

Authentic prayer is not slacktivism—it’s the gateway to activism.

Prayer as a Gateway to Action

To act, first we must care. And the truth is, without God, it’s hard to muster compassion for people who are half a world away and culturally dissimilar. The death of a child in South Sudan strikes us as sad but not nearly so shattering as the loss of a friend’s child.

But God grieves and weeps because that South Sudanese child is His child. He created her and He loves her. Only when we see the child through God’s eyes will our hearts break in empathy. By echoing the prayer of World Vision’s founder, Bob Pierce, “Let my heart be broken with the things that break the heart of God,” we’re asking God to make other people’s pain as personal for us as it is for him.

Once we begin to think of famine-stricken Sudanese children or Syrian refugee children as tenderly as we regard the kids we know, it’s impossible not to do something. When a child you love is suffering, you move heaven and earth to help.

There’s something even more extraordinary at work here. We must remember that today, perhaps right this minute, people in crisis zones are crying out in desperation to God, praying for miracles. God hears them. And the way He answers is through us—our donations, our fundraisers, our advocacy.

Think of that mother with the donkey bones. Imagine that when she asks God for help for her starving children, you are the answer to her prayer.

So in addition to mustering the moral and political will to respond to crises like famine and refugees, we must wield the spiritual power of prayer. This isn’t the domain of the United Nations or governments—only Christ followers can draw upon this awesome power. As it says in 1 John 5:14-15, “This is the confidence we have in approaching God: That if we ask anything according to His will, He hears us. And if we know that He hears us—whatever we ask—we know that we have what we asked of Him.”

is president of World Vision U.S. and author of The Hole in our Gospel and Unfinished. Follow him at twitter.com/RichStearns.