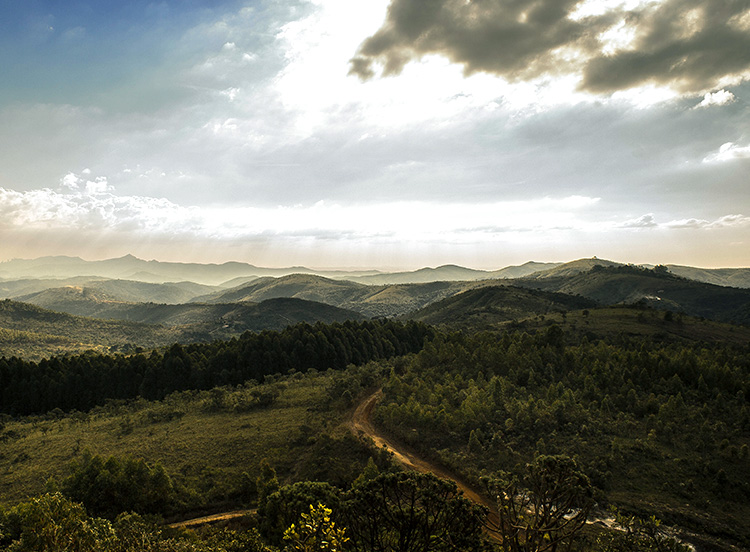 Editor’s Note: A version of this story first ran on May 9.

Living in a post-truth world can be difficult for those of us who simply do not understand the uncanny ability so many people have to simply dismiss facts. Working as a journalist covering climate change, global warming and clean technology for over a decade, this has been a specific problem I have had to deal with. People all over the world, both in positions of power and not, seem to believe that there is room for debate on the issues of climate change, humanity’s involvement and the need to transition to a low-carbon future.

Claims that “the jury is still out for me” rile me up like nothing else. My initial instinct is to yell and stamp my feet, retorting, “Good for you!” The problem for me, of course, is that the jury is not out in any sense of the word. Not only are irrefutable facts being challenged by people who do not understand the science involved or the importance of these facts, but the belief that there is no scientific consensus leads to a lack of attitudes to change.

For Christians, this means that not only do people not feel they need to contribute anything to mitigate any further damage, but the idea of Godly stewardship goes out the window amidst a belief that “there’s nothing really going on.”

So, speaking with over a decade’s experience covering every angle of this issue, let’s take a look at a few scientifically irrefutable facts.

Sea levels are increasing, of that there is no doubt. Figures obtained from satellite measurements of four separate satellite missions spanning 1993 to today (almost a quarter of a century) show that sea levels have increased by 88.2 mm (3.47 inches). The average rate of increase is currently 3.4mm per year—though, if we restrict the data to the last seven years (January 2010 to January 2017) the rate of increase has actually grown, and stands at 4.6mm per year.

The second cause of sea level increase is the melting of land ice—such as glaciers and ice sheets. This itself can happen in several ways. Increased atmospheric heat obviously makes temperatures warmer, which leaves less time for ice to form and solidify and create new layers on glaciers and ice sheets. Additionally, ice sheets are sometimes affected by increased ocean temperatures that literally undermine the ice sheets and melt them from below.

We know that sea levels are increasing thanks to the satellite observations, collated by NASA’s Goddard Space Flight Center, as well as coastal tide gauge records monitored by Australia’s leading science body, the CSIRO.

The melting of our polar caps is a serious problem, and one which has numerous sources. Unlike land-based glaciers which are primarily affected by atmospheric heat increases, our polar caps are the recipients of numerous factors all determined to melt their great icy expanses. These factors include some we’ve already looked at: atmospheric heat increases and increased ocean temperatures. There are more, however, including the amount of sunlight an ice sheet is able to reflect; the larger an ice sheet, the more sunlight is reflected, but the smaller an ice sheet, the more ocean there is surrounding the ice sheet to absorb the sunlight which in turn heats up the surrounding waters increasing the melt which decreases the size of the ice sheet which in turn … and so goes the cycle.

The polar caps are remarkably volatile and sensitive to temperature variations. Further, the less time an ice sheet has to create new layers of ice each winter, the less strong ice is created and built into centuries of previous strong sea ice, leaving ever more vulnerable and easy-to-melt sea ice.

The polar caps are also responsible for helping to moderate the global temperatures as a whole, and the smaller they are the less impact and control they have. So when we see (again) that the Arctic sea ice reached a record low wintertime maximum extent (how far out new sea ice formed) on March 7, and that sea ice extent in Antarctica at the end of summer similarly reached its lowest extent we can be assured this is not as it should be.

Arctic and global sea ice totals have moved consistently downward over 38 years. Antarctic trends are more muddled, but they do not offset the great losses in the Arctic.

The big daddy of them all, of course, is whether the Earth is warming at all. Earth’s average temperature fluctuates—an accepted fact. That is simply how this planet works. However, what we mean when we talk about global warming is anomalous warming—warming that is beyond the average or norm. And one has been happening since the ‘70s.

How does this change in temperature compare to centuries worth of data? The best chart I’ve ever seen was created by Randall Munroe, former NASA roboticist and programmer at the Langley Research Center, and now author of the fantastic XCKD web comic.

The scientific name for man-made global warming is anthropogenic global warming—and is just as its name suggests, global warming caused by man. This is actually the more controversial aspect of global warming because the evidence that the planet is warming is simply too obvious and incontrovertible to deny. What people then attempt is to deny that humans are the reason for such warming, claiming that this is simply part of a natural cycle.

The difficulty here is in determining to what extent various causes are responsible. It is entirely likely that causes such as fluctuations in the sun’s intensity and volcanic eruptions may have contributed to a change in the global atmospheric temperature. However—and this is the important part—outside causes such as (but not limited to) these do not account for the amount of global warming we have seen. In other words, scientists have not been able to accurately account for the intense increase in global warming in any way but to conclude that humans are in some way responsible.

How then are humans responsible? Basically, it is due to the ever-increasing levels of carbon dioxide and other greenhouse gas emissions humanity pumps into the atmosphere. Specifically, the greatest danger is carbon dioxide, and the greatest emitter of carbon dioxide is the many fossil fuel-based sources (coal, oil, natural gas) that we use to power our lives. Together, this basket of emissions trap heat in the atmosphere, which in turn creates the temperature increases we have seen. The natural built-in stop-gap measures to deal with greenhouse gas emissions—the ocean, plants, etc—are simply not able to cope with the amount of emissions.

Again, we know that carbon dioxide levels are high today. As of March 2017, they currently sit at 405.6 parts per million (ppm). These levels are monitored by two separate satellite missions, the Atmospheric Infrared Sounder (AIRS) and the Orbiting Carbon Observatory (OCO-2).

But how does this level compare to a historical level, in terms of thousands of years?

Is there a correlation, then, between levels of carbon dioxide in the atmosphere and atmospheric temperatures? Yes, there is.

Finally, one of the most frustrating issues that scientists are faced with is the misconception that a single opposing study is worth the same as scientific majority consensus. There are studies and “experts” out there who will repudiate any and all of the statistics I have shown you—despite the fact that each statistic I have quoted is from a reputable and important source. However, the important thing to remember is that there is a significant scientific consensus as to the facts quoted above—specifically those related to global warming and anthropogenic global warming.

In fact, many of you will have heard of the 97 percent scientific consensus. And some of you may have heard of attempts to discredit this. Unfortunately, there are examples of at least one study, which claims 97 percent of climate scientists agree global warming is happening and is manmade, which may have done a not-so-great job of reaching such a conclusion. However, what is even more unfortunate is that a lot of people use this one example as a means to repudiate all the studies which have reached this conclusion—of which there are many. Further, many of those attempting to undercut this 97 percent claim are doing so from a place of bias—be they funded by or indebted to the fossil fuel industry, or are pro-fossil fuels for economic reasons (and ignoring environmental reasons).

However, just to be clear, let me present you two reasons to believe scientific consensus exists. First, a study published in 2016 showed that during “2013 and 2014, only 4 of 69,406 authors of peer-reviewed articles on global warming, 0.0058 percent or 1 in 17,352, rejected” anthropogenic global warming. Secondly, this NASA page lists a number of scientific bodies that hold to the belief that global warming is happening and is manmade.

How Pentecost Sunday Changed Everything