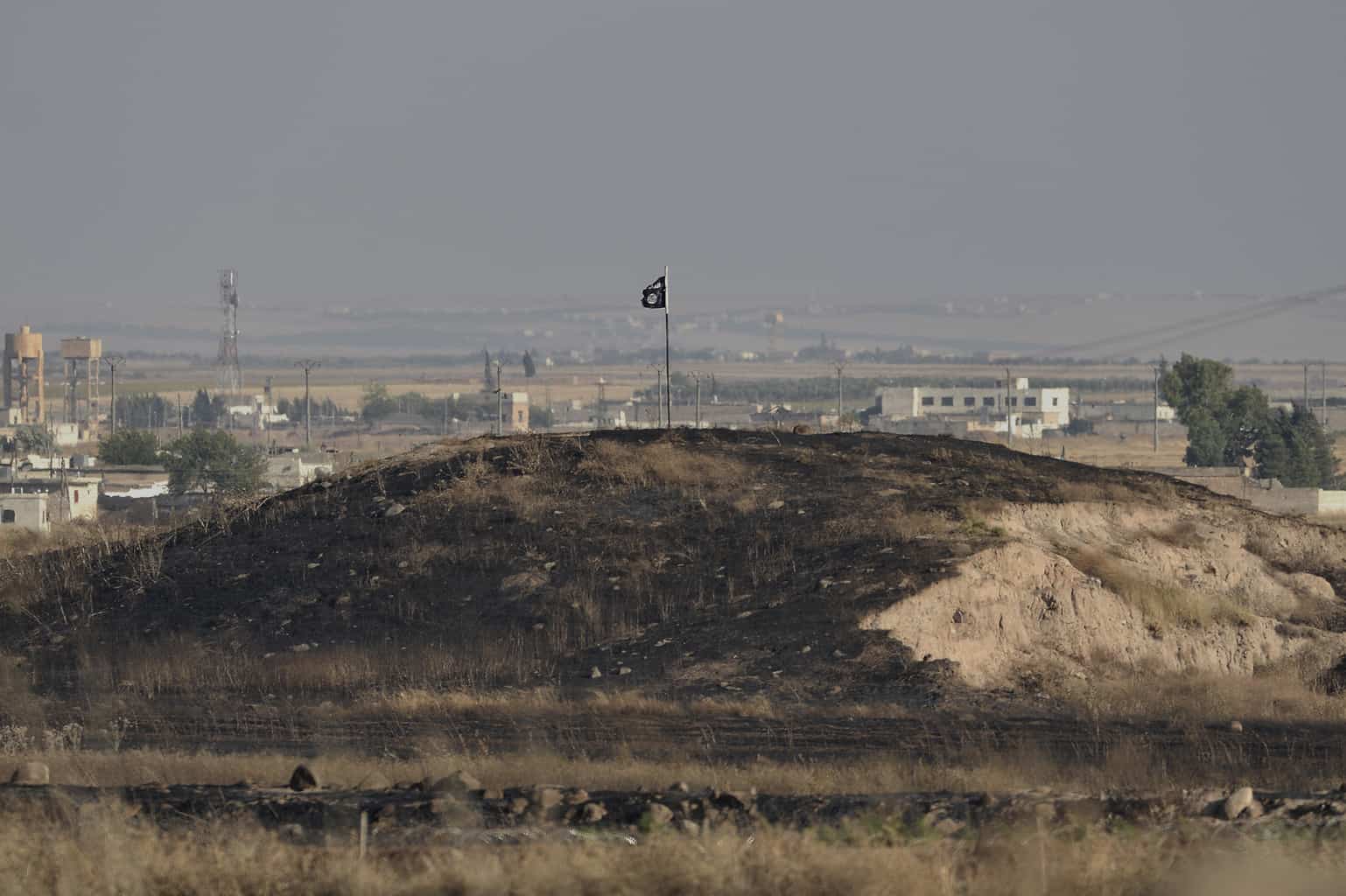 As the founder of the organization, Preemptive Love Coalition, Jeremy Courtney has lived in Iraq for years, providing medical care, food, aid and assistance to the people of both Iraq and Syria.

In the years since the rise of ISIS, his organization has helped countless victims of war and refugees throughout the region.

Recently, reports indicated that the number of ISIS fighters had fallen under 1,000, and many cities have been liberated from the radical group.

We recently spoke with Courtney about the situation in region, what life is like for people in the countries and how we can all help.

There’s been a lot of news about ISIS being down to its last few hundred fighters in the news and possibly being on the ropes in Iraq and Syria. But as someone who is on the ground there, what is the situation actually like, beyond the headlines?

I think this is something to be approached with extreme caution. One of the reasons that we had the rise of ISIS in the first place into a global threat is because the Obama administration very purposely and strategically wanted to shift the conversation and not deal with Iraq anymore and not be entangled with the Middle East anymore. And the quickness to get out of that conversation left a vacuum in which ISIS was able to grow again, and I fear we’re pursuing a similar strategy all over again, because we’re short-sighted and get tired easily and we want some new topics to focus on.

So, we’re approaching the current state of ISIS, I’d say with cautious optimism. They have, in fact, lost a lot of the territory that they controlled just a year ago, and we’ve been able to be on the front lines of a number of those conflicts, helping people who are escaping. But yesterday this old man, white-beard executioner was found on the streets of Mosul where he’d just been kind of laying low and hiding out. These people are walking among us, they’re here. They just changed their clothes and walked out. And in some cases we’ve probably shaken their hands and fed them food and given them medical care alongside all of the innocents.

So the idea that ISIS is defeated, is not untrue, it’s just something that we need to say with some real caution and commitment to stay the course. They’ve lost territory, but that’s not the same as defeating the ideology that gives rise to it all.

Are the individuals who became refugees and displaced during the rise of ISIS able to return home or is there anything to return to in most cases?

We’re seeing and facilitating a lot of returns right now, but it does depend on your ethnicity, your religion, your land and which part of the country you’re trying to return to. So, whether you’re a refugee which means you crossed a national border or whether you’re an internally displaced person, all that kind of stuff really does end up mattering here. If you’re an Arab living in a Kurdish enclave, or vice versa, all of that can make a big difference. So people are returning home.

Parts of West Mosul are completely obliterated, parts of East Aleppo where we are in Syria are completely obliterated. So the prospect of returning there means we have to help people rebuild their homes, we have to turn the electricity back on for entire neighborhoods and towns, and we have to make infrastructural investments to turn water back on for hundreds of people. There’s eventually gotta be a hospital or a school or people aren’t going to return home.

So a lot of times it feels like the easy days of showing up on the front lines with food and water are behind us. Those were relatively easy things for us to do. They were super dangerous, but they weren’t all that complicated. What we have now is the long, hard slog of rebuilding. And the clock is still ticking because people are only gonna put up with living like this for a year or two. And the hundreds of other groups like ISIS will be standing at the ready to make those promises—that the government has done nothing for you, the Christians have done nothing for you, the international community has done nothing, you should have never kicked us out. Or we can give you food, water, education, healthcare, you just need to trust us and kick out the infidels.

So this will all happen again if we do not step in and fill this gap as quickly as possible.

Preemptive Love has done an incredible job over the years of addressing different needs as they arise. How are you guys addressing these needs now that they’ve become logistically complicated and complex?

Well it helps that we’re not a fly-by-night operation and we’ve got deep roots in the region. So we enter with a depth of relationship with locals, religious leaders, tribal leaders, local organizations. And everything we do is designed in our name, we do it by coalition. So we don’t have to be the experts on everything or maybe even anything. We do have to remain faithful. We have to keep showing up, we have to keep pressing in. We talk about being first in and last to leave, which is just our way of challenging ourselves to continue being fast and flexible, but also making long-term commitments to people.

But just because the media moves on or U.S. foreign policy agendas might shift, this is our home, these are our people, and this is our neighborhood and we have to stay committed.

What are some of the misconceptions that you’ve seen in the West and in the media, what would surprise people with the situation?

Probably the extremity on both sides—for all you’ve seen in the news for the past three years, there are parts of Iraq and Syria that are totally normal. There’s parts of these places that we’ve come to think of in such dire polarizing terms that I think it really can surprise people. And the other side, I think is the devastation of it all. Even as you try to imagine it, you can’t actually imagine how bad it is until you smell the death in the streets or you see the buildings that are completely destroyed. It’s at once, better and worse than you can imagine unless you just experience it.

For people who want to help and may not be familiar with your work there, can you tell me a little about what you guys are doing and how their support is directly helping the people in Iraq and Syria?

Preemptive Love Coalition is something we started here in Iraq over 10 years ago. And our work has changed over the years as the war has turned into a relative time of peace which then turned into the massive rise of ISIS and the displacement of millions of people, and then an extremely difficult fight against ISIS.

We’ve continued on, and we’ve embedded with the military on the front lines for years, showing up and doing whatever was needed most. And so that has had us providing emergency food, medicine, water, but also jobs and large-scale infrastructure programs. So we’re engaged in a lot of stuff across Iraq and Syria—feeding 25,000 people a day at various outposts where people are fleeing the war, and really the goal is to be first in to these conflicts and last to leave.

So we show up when needs are urgent, when bombs are still falling and snipers are still sniping, but we’re still here helping people rebuild and stand on their own two feet. So, people who are supporting this work really are not just engaged in the physical work of getting food, but it’s a peace-making effort. It’s a renewal of all things kind of work here. One step at a time.

Report: Mark Wahlberg Refused to Reshoot ‘All the Money in the World’ Until Scoring $1 Million Payday