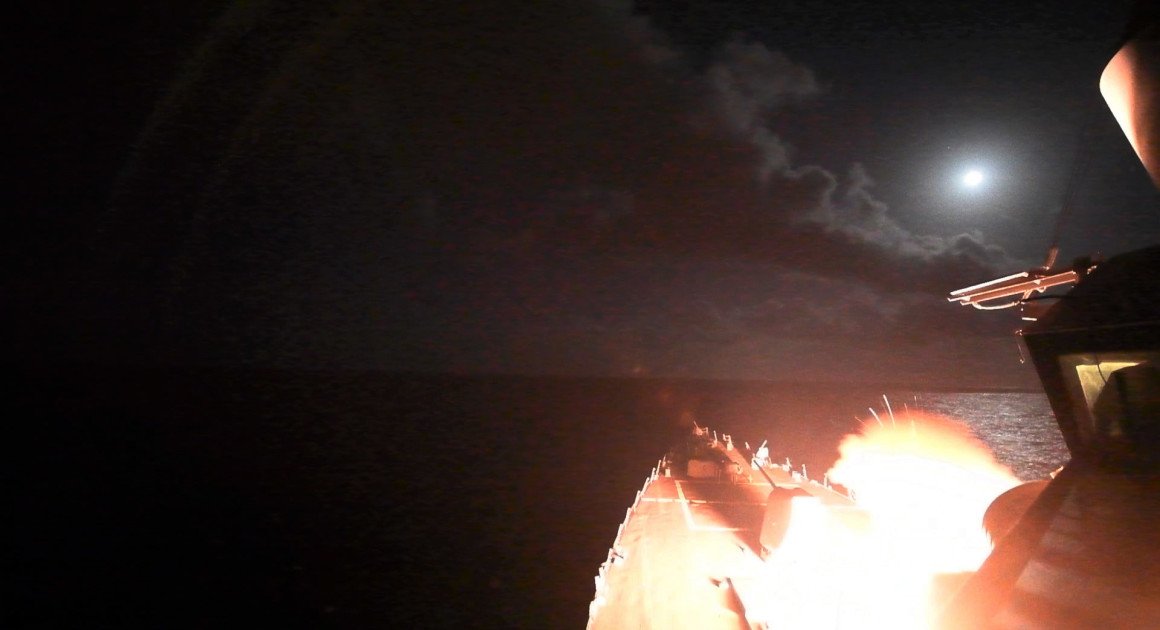 On Thursday night, President Donald Trump ordered the U.S. military to launch tomahawk missiles against a Syrian air force base—purportedly the one that carried out the horrific chemical weapons strikes against civilians earlier this week. The chemical weapons strikes left around 85 of Syrian President Bashar al-Assad’s own civilians dead, including about 24 children.

There’s a lot we don’t know about the U.S. strikes. What we do know is that, according to the Pentagon, the missiles targeted “aircraft, hardened aircraft shelters, petroleum and logistical storage, ammunition supply bunkers, air defense systems, and radars” at the al-Shayrat airbase, adding that the strikes were a “proportional response to Assad’s heinous act.”

Congress was not alerted about the strikes ahead of time, but most lawmakers gave some measure of support. House Speaker Paul Ryan gave a full-throated thumbs up, saying the strikes were “appropriate and just.” Democratic Minority Leader Chuck Schumer cautioned that Congress should be consulted in the future, but still said the attack was “the right thing to do.”

Russia, on the other hand, was told about the strikes ahead of time. President Vladimir Putin publicly supports Assad, and denounced the strikes as “aggression against a sovereign state in violation of the norms of international law.”

A Syrian news agency is reporting that nine civilians were killed in the strikes, including four children.

The looming question is: What’s next? There is no word regarding whether or not there are more strikes coming, or how this will affect the U.S.’ complicated, tense relationship with Russia.

Survey: Most Americans Like the Bible, But Are Too Busy to Read It