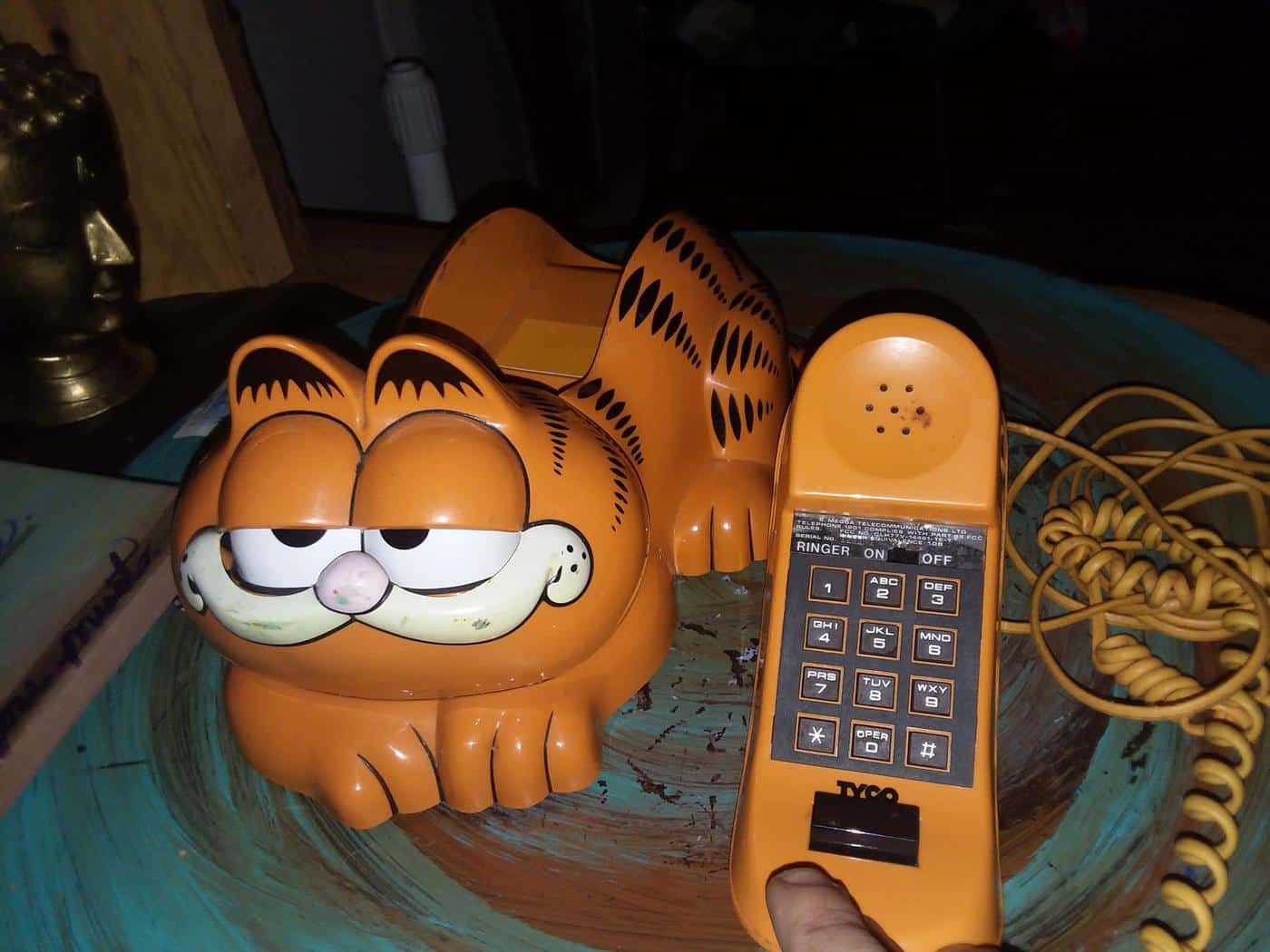 The world is full of unsolved mysteries. What killed the dinosaurs? Where is Amelia Earhart? Why did they make two Truman Capote biopics in the same year? But the breadth and depth of the human mind is a daily miracle, and that has led to a few mysteries that actually have been solved including, now, one of mankind’s greatest vexations: The Garfield French Beach Phone Mystery. [h/t Yahoo!]

Doubtless, you know the details and have spent hours charting your own theories with red yarn and newspaper clippings in your garage, but just in case you need a quick refresher: For the last 30 years, bright orange Garfield telephones have been washing up on the French coast. You know Garfield. Hates Mondays. Loves lasagna. Exponentially improves his own comic strip with his absence. He also was turned into some sort of novelty telephone, and an odd number of those telephones ended up on the beaches of France. We should all be so lucky.

But why? we’ve all asked ourselves, tossing and turning in the night, bleary-eyed as yet another carefully constructed theory falls apart under the weight of contradictions. Well, wonder no longer, gumshoes. The case has been cracked.

A local resident told authorities that back in the 1980s, he had discovered an old shipping container that was only visible at low tide. Brittany’s Ar Viltansou, the beach cleaning organization, followed a hunch and explored along the coast until they made a startling discovery. At the bottom of a 30-meter deep fissure was the old shipping container: full of Garfield phones. During storms, the water levels rise, floating a few headsets out of the fissure and towards the coast to mystify beachgoers.

True, the mystery isn’t fully solved. Where did the shipping container come from? What ill-fated seafarer lost his cargo, and did he lose his life in the process? Why does Garfield hate Mondays when he doesn’t even have a job? Still, every step forward is a reminder that the universe’s endless questions likewise have endless answers.