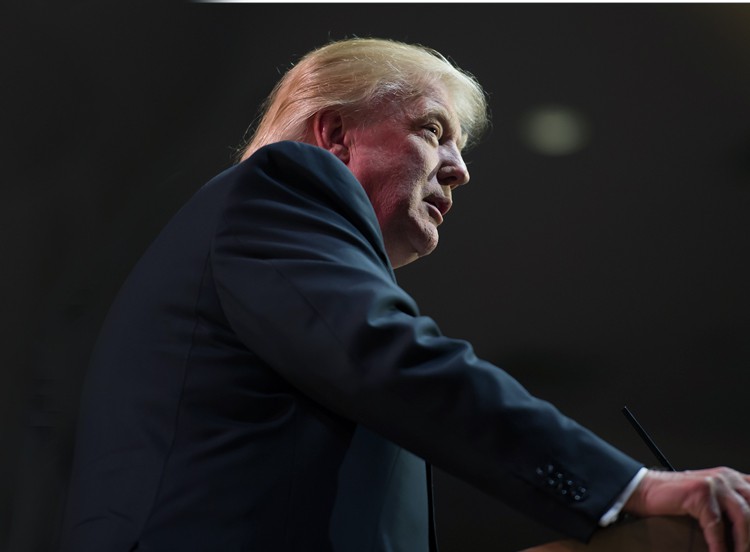 Let’s start out as plainly as possible: God did not inspire the writing of the Bible for the sole purpose of the United States of America. God’s Word does not exist to give America freedom and liberties over others, or to prop-up stereotypes of the world’s “greatest nation.”

The Bible is God’s inspired Word to all mankind, for the purpose of revealing God’s will for everyone—plain and simple—and for teaching His believers.

This means that not only does the Bible not give U.S. President Donald Trump any kind of extra “authority to take out Kim Jong Un,” the leader of North Korea, but more specifically, both Donald Trump and Kim Jong Un are equally at the mercy of God’s greater authority, and have no authority over one another.

In his recent defense of Donald Trump, Texas megachurch pastor Robert Jeffress released a statement, and then followed up in an interview with The Washington Post, by explaining that Romans 13 (specifically verses 1-7) “gives the government … the authority to do whatever, whether it’s assassination, capital punishment or evil punishment to quell the actions of evildoers like Kim Jong Un.” It would therefore appear that Jeffress is specifically referring to this verse:

However, it is important to look at the context of this passage: Not only is Paul specifically restricting his words to how Christians should act under their local governing authorities—and not just everyone—but Paul starts out by saying that “Everyone must submit to the governing authorities, for there is no authority except from God, and those that exist are instituted by God.” (13:1, emphasis mine)

This means that both Donald Trump and Kim Jong Un are in their respective positions of authority due solely to God’s divine plan.

Romans 13, in other words, speaks not to whether a government has the authority to “take out” another government’s leader, but is a specific instruction for Christians to submit to their local governing authority because those authorities are under God’s greater authority.

Using Romans 13 as a justification for initiating a nuclear conflict is the purest definition of selfish, un-Godly, un-Biblical teaching.

God has most assuredly allowed both their temporary authority for a reason, though I dare not hazard a guess as to what that reason may be.

The most important point to make here, however, is that no Christian of any stripe should be pandering to Donald Trump’s already maladjusted temperament. This is a president who, to a room full of cameras and reporters, responded to Kim Jong Un’s escalating provocations by stooping to the North Korea leader’s level:

This is the same sort of juvenile, bullying, violent imagery that Kim Jong Un (and all petty dictators of his ilk) likes to make use of, and here we have the U.S. president stepping down to fight on his turf. This isn’t the behavior of world leaders, it’s the behavior of two spoiled children throwing sand at one another in the playground—except that instead of getting sand in one another’s eyes, they threaten the lives of millions of innocents with their bickering and infantile rhetoric.

If a conflict broke out between the United States and North Korea—which, if the countries’ respective leaders continue throwing insults at one another, becomes a much more possible reality—then the fall out would be significant. Launching a nuclear missile at America is one thing, having it successfully land and detonate is another thing entirely. On the other hand, if America does antagonize North Korea enough that it feels threatened, South Korea and Japan will be almost immediately devastated by conventional weaponry and rocketry that will kill thousands, if not millions, in cities like Seoul and Tokyo.

The localized conflict will devastate the region, killing innocents, all because two “grown men” were offended by one another.

God hasn’t given Donald Trump authority to take out Kim Jong Un any more than God has given Kim Jong Un authority to take out Donald Trump. The authority God has given to world leaders is authority over those they are in authority over—not the whole world! Paul’s words in Romans 13 specifically talk about an authority-civilian relationship, and any suggestion that this can be used to justify initiating a nuclear (or even conventional) shooting match between the United States and North Korea is a wild abuse of the passage, Paul’s words and God’s intentions.

And the Top Three Most Liked Tweets of All Time Are …