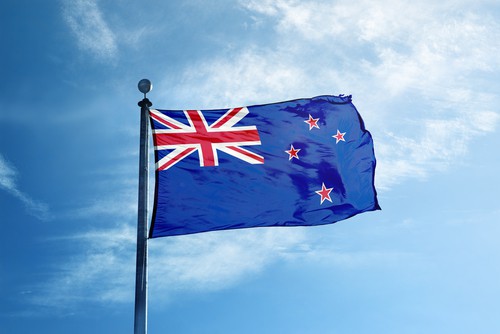 At least 49 are dead and one man is being charged in a mass shooting that was carried out at two mosques in Christchurch, New Zealand on Thursday. Online accounts linked to the purported gunman circulated extreme rightwing imagery and trollish white supremacist memes that advocated for violence against Muslims and other minorities. The purported gunman livestreamed the attacks and posted a 74-page manifesto detailing his loathing of immigrants and other minorities and crediting several key far-right figures with fostering his beliefs. “Do you feel any remorse for the attack”? the author rhetorically asks himself in the manifesto. “No. I only wish I could have killed more invaders, and more traitors as well.”

His accounts have been suspended by Facebook, YouTube and Twitter. “Twitter has rigorous processes and a dedicated team in place for managing exigent and emergency situations such as this,” Twitter said in an emailed statement to Reuters. “We also cooperate with law enforcement to facilitate their investigations as required.”

Christian leaders from around the world condemned Islamaphobia and white supremacy. We will update throughout the day as more statements are made.

Let us pray for our brothers and sisters who will be going to Friday prayers today in our country. Let us put our bodies and reputations on the line to defend them from violent speech and actions.

Thinking of all those in a devastated New Zealand today… at least 49 people dead after mass shootings in two mosques. We will continue to beat guns into plows and ask God to heal our heart problem… and we will honor all the lives lost by taking action to end gun violence.

“Fear’s a powerful thing
It can turn your heart black you can trust
It’ll take your God filled soul
And fill it with devils and dust.”@springsteen

We are under no threat from the people we demonize—only the demons we let loose within ourselves, when we give in to our fears.

You can’t create fear of refugees,
fear of one religion in our community and then think this kind of terrorist attacking on them is unrelated.

Let’s do more than pray for the safety of our Muslim friends today. Let’s show up for Friday prayers. Google nearest mosque. Many fear their mosque is the next victim of white nationalist terrorism. Twitter activism alone won’t save lives today. 1/ #ChristchurchMosqueAttack

White friends: It’s not enough to condemn white power & privilege w/ our words. We must TRANSFORM it w/ our bodies. No standing on the sidelines. No shaming from the stands. We must engage it through relationship with a vision to see it relinquished and healed. 3/3