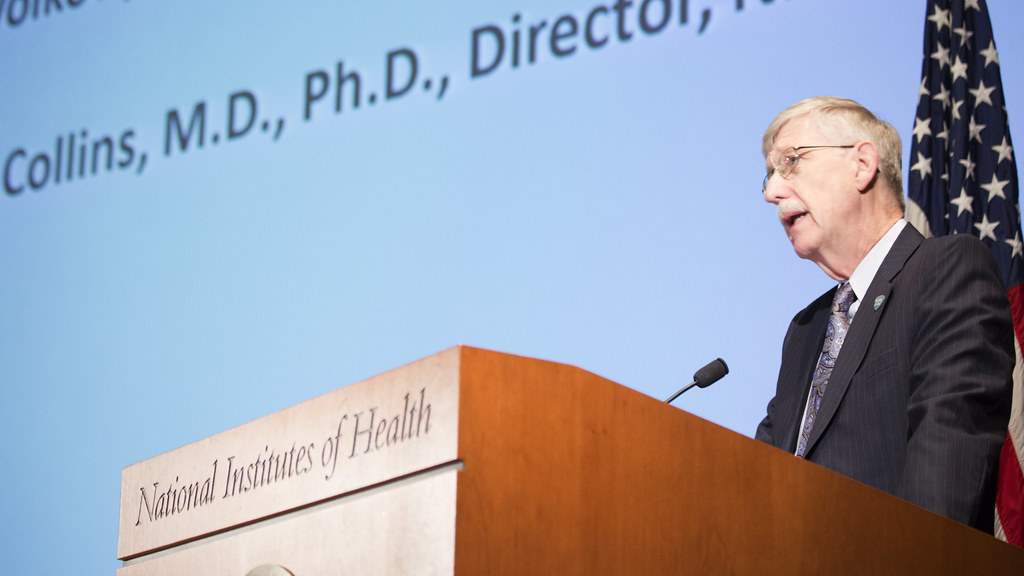 U.S. National Institutes of Health Director Francis Collins has won the prestigious Templeton Prize, one of the largest annual prizes awarded to an individual. Collins was recognized for his work bridging the perceived gulf between faith and science, and “harnessing the power of the sciences to explore the deepest questions of the universe and humankind’s place and purpose within it.”

Collins became a Christian while in medical school and then received global acclaim in 2003 for leading the quest to complete the Human Genome Project. He became director of the NIH thereafter and has spent his career on the bleeding edge of both science and religion, insisting that the two are not in contention. His 2006 book The Language of God: A Scientist Presents Evidence for Belief argued that belief in God is a rational conclusion for any serious mind. He has urged faith communities to trust science and urged the science community to have more respect for people of faith.

On Monday, Collins sat down with pastor and author Tim Keller for a socially distanced conversation about COVID-19 called “Where is God in a Pandemic?” The conversation was hosted by BioLogos, a nonprofit that encourages dialog between scientists and faith leaders. In that video, Collins and Keller discuss the “good, the bad and the ugly” about the American Church’s response to the pandemic, a biblical defense of vaccines and finding unity in the midst of the crisis. Collins was particularly interested in dispelling some conspiracy theories about the harm of vaccinations, which he says will be essential to stopping the spread of COVID-19.

“The kinds of information that’s spread out there — particularly on social media — any careful analysis would show is absolutely untrue,” he said. “But it gets a fire started and it’s very hard to put it out.”

Collins said he has relied on Psalm 46 throughout the pandemic, where the Psalmist writes that “God is our refuge and strength, an ever-present help in trouble.”

“That does not say there will be no trouble,” Collins says. “I am relieved to know God is here with us in this trouble — each one of us — in ways that can provide comfort and maybe even help us to learn something that we didn’t know before about what humanity is all about and what our calling is at a time of trouble like this.”

You can watch the whole conversation below.

Things Every REAL Christian Should Give Up for Lent

Africa Has Dodged the Worst of the COVID-19 Pandemic