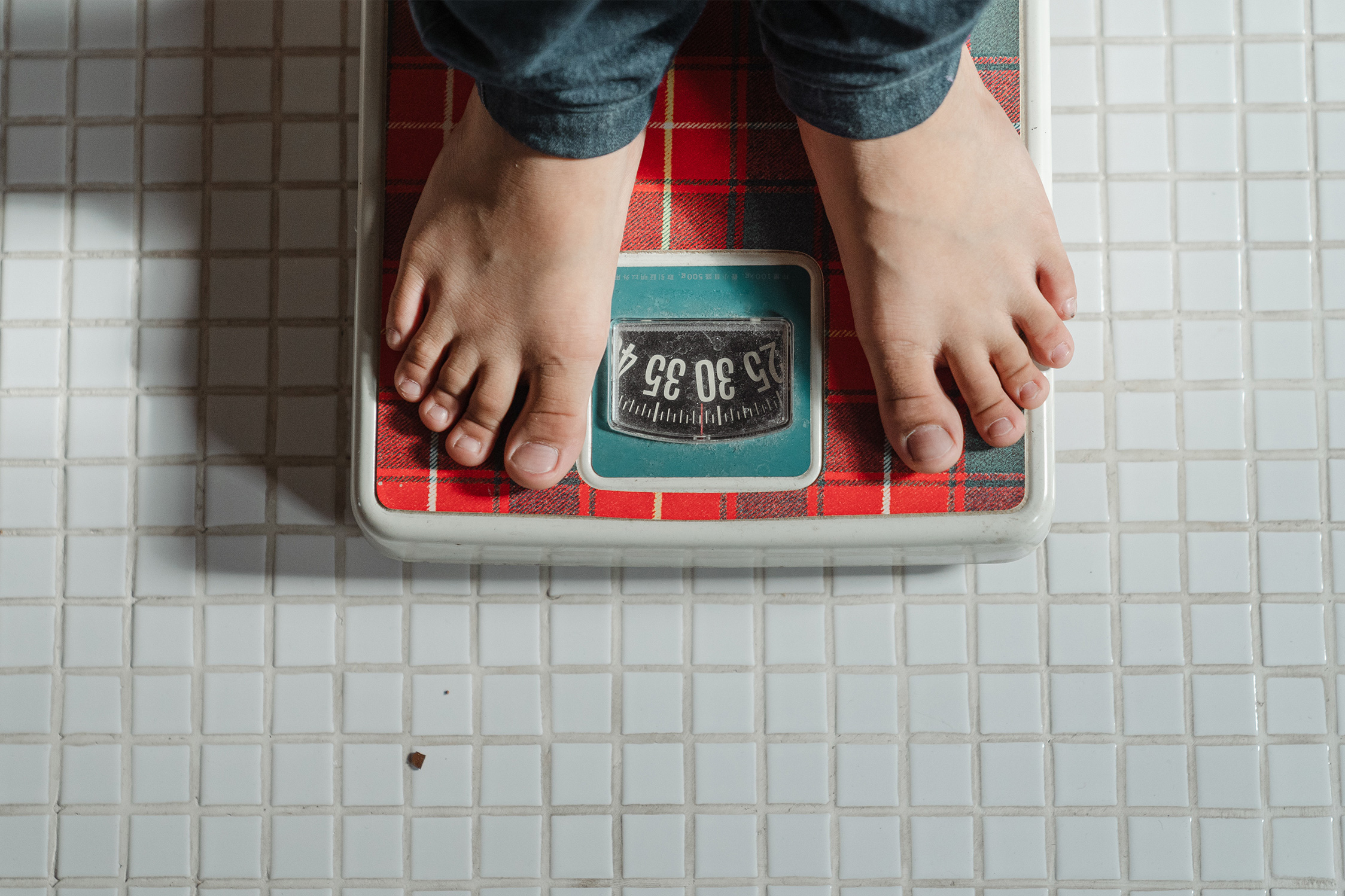 My freshman year of college, I remember lying on the couch Skyping someone on my laptop. I remember putting my arm behind my head, noticing how shrimpy it looked and quickly putting it back down.

That was not the only time I had feelings of inadequacy regarding my body, but that was about the time I started seriously hitting the gym. I couldn’t go on being a little shrimp and still call myself a man!

My friend Paul C. Maxwell wrote an amazing article called “The Epidemic of Male Body Hatred,” in which he explored the phenomenon in depth:

“If I could look like that guy who played Thor, I would be happy.”

We compare ourselves to others in the gym. We come away from movies wanting to exercise for eight hours. We would rather jump in front of a truck than take our shirts off at the pool. We feel pathetic and small. We look at ourselves in almost every mirror we pass. When alone, we flex—not because we like what we see, but because we don’t. We have spent hundreds of dollars on pre-workout, weight-loss and weight-gain supplements. We research the best way to bulk, shred, diet and binge.

He points out that there is a big difference between being healthy and being shredded. Even as Christians we often excuse this excessive gym addiction as our way of “staying in shape” and “pushing myself.” For many of us, myself included, these endless hours at the gym come more from a place of insecurity and self-loathing than a genuine desire for health.

Because in the back of our minds, we know that there are plenty of exceptionally healthy people who don’t look like the cover models of Men’s Fitness. And conversely, not all those cover models may be healthy people, despite how chiseled their physiques are.

I have a friend who used to be a ballerina in New York City. She told me that when she began, her director handed her a packet of diet pills and a box of cigarettes and said, “Get started.”

Because health is not the goal, looking good is.

And this is the attitude I often embrace when I walk through the gym.

Many of us perceive our body and our looks as the one aspect of ourselves that is easiest to address and control. We’d rather spend three hours on the dumbbells than spending time in silence, addressing the roots of our insecurity. We’d rather avoid asking why we see ourselves as unworthy of love as long as our bodies are “undesirable.”

In Fight Club, the narrator looks at a Calvin Klein ad and asks, “Is that what a man is supposed to look like?”

Being confident in certain parts of your body is not confidence at all. If you were to be in a car accident and all your muscles were to evaporate, would you still be satisfied with yourself? Is your confidence rooted in your physical attributes or is it rooted more deeply in who you are as a person?

We all hide behind something. Sometimes we hide behind humor, intelligence, or artistic skill, and for us gym rats, it happens to be our bodies. It’s easy to hide behind this one especially because you can cover it up with the “health” excuse, but as I said above, this is beyond the realm of staying healthy.

So how do we stop our hiding and address our own issues with ourselves? We begin in the Gospel.

The incarnation is the theological term for God, the creator of all that exists, becoming human. The Creator entering what He created. The Eternal Spirit putting on flesh.

Our bodies are called good no matter what shape they are in, not because of the amount of effort we pour into them, but because God Himself donned one. Whether chubby or bone-thin, your body is good.

The very fact that Jesus incarnated a body and walked around in it for 33 years shows that bodies in themselves are not bad or evil or shameful. On top of that, the prophet Isaiah actually tells us that physically, Jesus was not that attractive. We have done ourselves a disservice by portraying Jesus as an attractive figure.

The Greeks at the time portrayed their gods with sculpted deltoids and rippling quadriceps, but the Bible tells quite a different story about God. He had no beauty or majesty to attract us to Him, nothing in His appearance that we should desire Him. (Isaiah 53:2)

The world looks for a strong and powerful king, but Jesus showed us one who was ugly, weak and defeated. Not only was He physically unattractive, but He sunk to the lowest depths of shame when He was crucified naked and displayed for the public to look upon. He was physically unattractive, but He knew who He was and therefore didn’t need to compensate by puffing up His chest or wearing purple robes.

The issue isn’t that we have bodies and want them to look good; the problem comes when we try to root our confidence and self-esteem in them. We often ignore the health of our soul and spirit and try to compensate with hours in the gym.

I’ve realized that people who are most confident are not the strongest, but those who are OK with their weakness. I think the cure to overcoming our body hatred and insecurity is to remember that we are loved as we are. Health is good, as is working toward fitness goals, but not if we come to them to find love and acceptance.

In contrast to the world’s message of finding approval through looks, spend time in silence and meditate on the fact that Jesus promised to be with us regardless of how we look. Dwell on the fact that we are loved despite our weaknesses—physical or otherwise. The Apostle Paul even urges us to boast in our weakness. How contrary to the world’s message of strength is that?

May the fact that you’re loved as you are define you more than your muscles or curves as we learn how to relax and stop striving. The heart of our Father is this: to accept ourselves as we are, accept love from others and embrace the ongoing love of the Father who prefers weakness to strength.

A version of this article originally appeared on ethanrenoe.com. Used with permission.