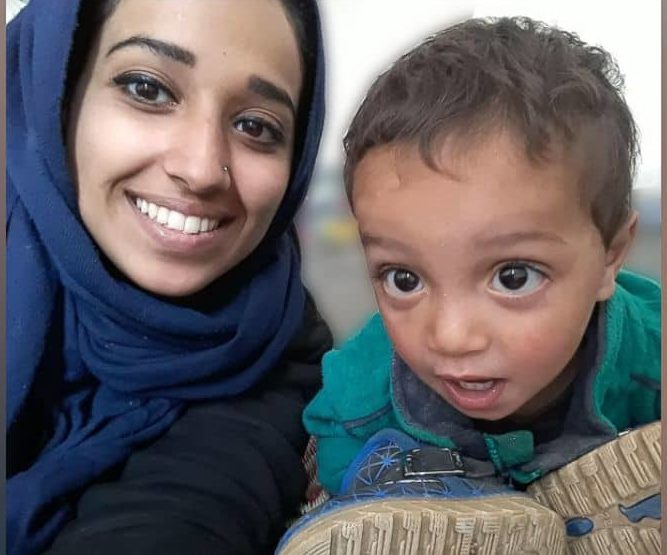 In 2014, a 20-year-old Alabama woman named Hoda Muthana told her family that she was going to Turkey for a college trip. But her real goal was much darker: to join ISIS. She had been radicalized by the terrorist organization’s sophisticated and savvy online network and was, as her parents later told reporters, “brainwashed and manipulated” into leaving her family. Muthana made her way to Syria where she had a child with a member of ISIS and allegedly encouraged attacks on America.

But today, Muthana says things are different. She and her 18-month-old son are living in a Syrian refugee camp and, according to her family and their lawyers, “tremendously, tremendously regrets” what she’s done. She wants to come back to the United States with her son. She wants to come home.

The family’s lawyer, Hassan Shibly, told NPR that Muthana was not looking for a “free pass.” Shibly said Muthana was “asking that she can come and face our legal system and pay whatever debt she may have to society and speak out to ensure other people aren’t trafficked and brainwashed and abused as she was.”

The U.S. first determined that Muthana was not a U.S. citizen in January of 2016, when the Obama administration informed her parents that they were revoking her passport because they had determined that her father, Ahmed Ali Muthana, was a Yemeni diplomat when she was born (under the Immigration and Nationality Act, children born to foreign diplomats are not considered U.S. citizens). But Muthana’s parents say that her father wasn’t a diplomat at the time of her birth in New Jersey and that her passport was a legitimate one.

But Mr. Muthana has now filed a lawsuit claiming that his daughter’s passport was legitimate and she has a right to return to the United States. The family’s lawyers say they expect Muthana will be charged with providing material support to terrorists if she returns. According to a lengthy 2015 Buzzfeed profile of Muthana, she used social media to call for Americans to be killed and egged on domestic attacks.

“Ms. Muthana has publicly acknowledged her actions and accepted full responsibility for those actions,” the lawyers said. “In Ms. Muthana’s words, she recognizes that she has ‘ruined’ her own life, but she does not want to ruin the life of her young child.”