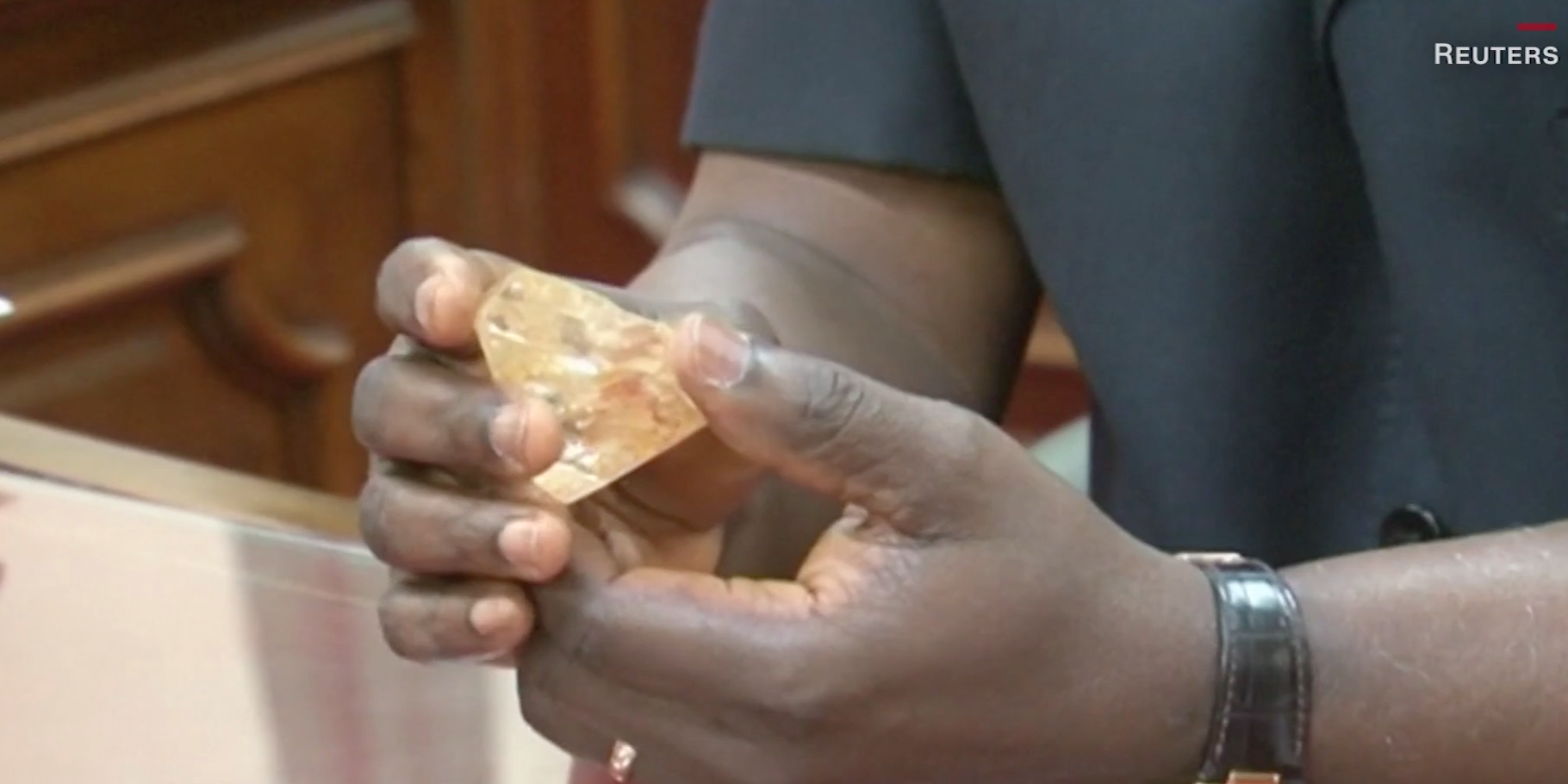 A man in Sierra Leone found one of the largest diamonds there in more than 40 years and gave it to the country’s president.

Emmanuel Momoh, a pastor, found the 706-carat diamond in a nearby village earlier last week and decided to give it to the government in hopes that the developing country will be able to make greater progress sooner. He mentioned seeing specific regions getting stable electricity and making improvements to their roads and wanted to see those continue.

“I believe the government can do more, especially at a time when the country is undergoing some economic challenges,” he told AP.

Sierra Leone’s president, Ernest Bai Koroma, encourage people to follow the pastor’s selfless example. The diamond hasn’t been evaluated yet, but could be worth $62 million.

“A gift from God, and it will be a terrible thing if anyone tries to do something criminal with it,” Koroma said.