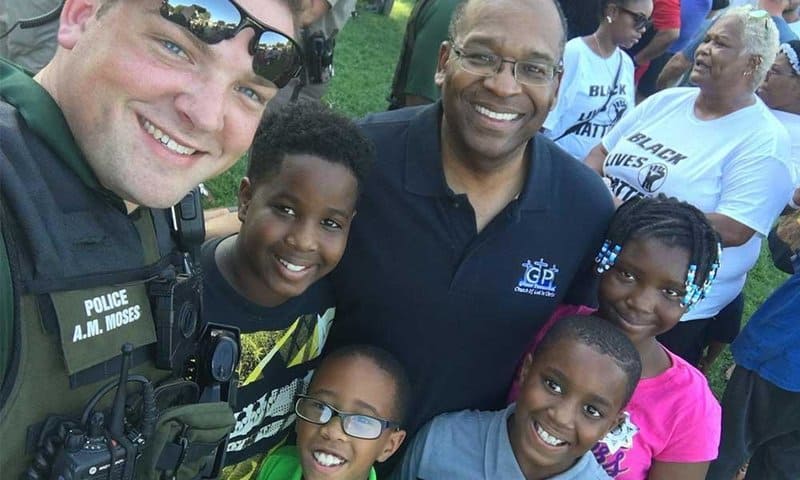 Police officers in Wichita, Kansas partnered with the local Black Lives Matter group to have a cookout for the community, instead of the protest that was in the works.

The aptly named First Steps Community Cookout was the product of a meeting with Wichita Police Chief Gordon Ramsay and A.J. Bohannon and other community activists and Black Lives Matter movement members.

The goal was to have the cookout serve as a first step in bridging the community with police for open communication and trust, in light of the nationwide tensions between police and black citizens.

Capt. Rusty Leeds told the Kansas City Star that community policing was a bigger part of the department in the ’90s, but is re-emerging in its importance.

“Then it was the gang violence, and now it’s the conduct of police,” he said.

Bohannon told radio station KMUW that the cookout was especially important because of the recent ambushes on police officers.

“We can get on the same page and say those things that are in Baton Rouge don’t trickle over into Wichita, Kan.,” Bohannan told KMUW. “My heart goes out to the families, those officers in Baton Rouge, but I think the fact that that did happen makes this event more meaningful. I definitely think this is a start for this community, and I definitely want to keep it going.”

After the cookout, hundreds of people gathered around a microphone to ask Ramsay questions, and he was open with them and encouraged open lines of communication.

People throughout the community praised the police department for the event and its success.

Was Melania Trump’s RNC Speech a Little Too Similar to Michelle Obama’s From 2008?

Netflix Just Announced New Episodes of ‘Making of a Murderer’