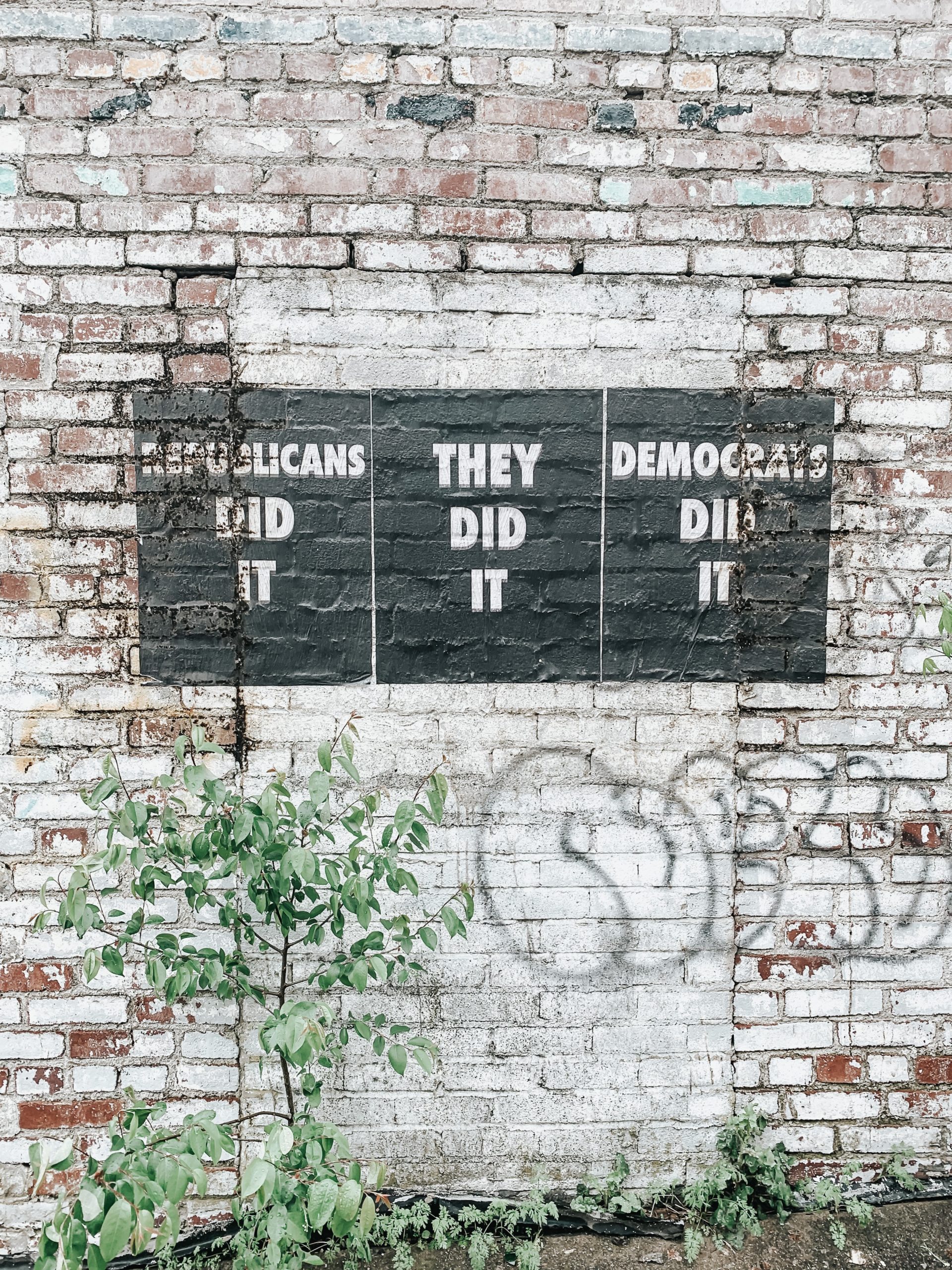 Why are so many people triggered when their political party or leader is criticized?

As a pastor leading one of the most ethnically diverse churches — with corresponding political diversity — in the United States, I’ve seen up close how this is a reality that impacts people regardless of political affiliation. I’ve also seen this at work in my local community.

On a recent walk through my Queens neighborhood, I passed by a group of older men vigorously arguing about who was the right candidate to lead this country. I slowly crept closer to the small group who were sitting on park benches, with their facemasks serving as chinstraps. I heard passionate declarations — as well as obvious defensiveness — in their interaction. As I watched them converse — if that’s what you call it — two of the men began personalizing the critique of their opponent. No longer was the conversation about Trump or Biden. It had become a personal attack. We’ve seen this story before.

Political engagement—or a lack thereof—is profoundly influenced by the insidious interior movements that form our self-understanding, as well as the way our world moves towards healing. Awareness of these interior movements will not solve the hostility we are experiencing in our communities, but it can help us engage each other from a place of greater depth.

In navigating through political and racial hostility, I have found many principles from Family Systems Theory to be of help — in particular, the damaging force of enmeshment.

Enmeshment is our tendency to “fuse” with others in such a way that it becomes hard to determine where one person ends and another begins. We see this in parent-child relationships, marriages, churches and friendships.

We also see it in the world of politics. In an ever-increasing way, people are so enmeshed with political figures and parties that it’s hard to distinguish themselves from it. This reality is especially revealed when criticism surfaces. As a pastor, I’m keen to understand the deep emotional movements that bonds or repels us from one another. As a citizen, I endeavor to do the same.

How do we understand the resistance many have to critique one’s own party? How do we grasp the anxiety people carry when their candidate is under fire? In short, by unraveling the domino effect of enmeshment. This is deep work. For people of faith in particular, this domino effect looks something like this:

When seen in this way, it makes sense why people get defensive when their political leader is criticized.

But this is an alarming reality. One of the reasons for the intensified hostility is that many have not been able to see themselves apart from the larger political movements, personalities and platforms they support. This is not a call for rampant individualism. Rather, it’s a call to live free from the all-encompassing need to have one’s identity validated by political power.

The pathway to greater civility, collaboration and healing is found in our emotional health; our commitment to interiority. Minimally, this speak to a commitment to separate ourselves from disordered attachments. For people of faith, this is the ancient call to reject idolatry. Idolatry is the unquestioned allegiance one gives to something, or someone other than God. This rejection is not just practiced through theological commitment, but by emotional clarity.

Until we are emotionally present with ourselves, naming the enmeshment we are prone to be entangled in, we will take critique of our affiliations as outright criticisms of who we are at our deepest center.

So then, when the candidate you support is criticized, and you feel deep anger and defensiveness, the question we need to ask is:

Why am I so defensive? Have I confused my core identity with the person or party I support?

And there’s a commandment or two that has something to say about that.

Rich Villodas is the author of The Deeply Formed Life (WaterBrook, 9/15/20) and Brooklyn-born lead pastor of New Life Fellowship, a large, multiracial church with more than 75 countries represented in Elmhurst, Queens. Prior to becoming lead pastor, he gave oversight to New Life's small group ministry and served as preaching pastor. Rich graduated with a BA in pastoral ministry and theology from Nyack College. He went on to complete his master's of divinity from Alliance Theological Seminary. He enjoys reading widely, and preaching and writing on contemplative spirituality, justice-related issues, and the art of preaching. He's been married to Rosie since 2006 and they have two beautiful children, Karis and Nathan. Visit him online at www.richvillodas.com and @richvillodas