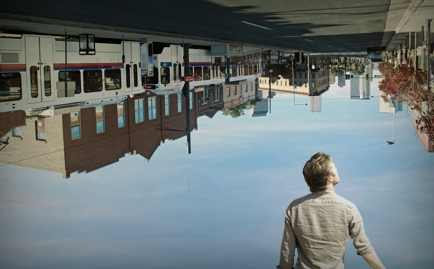 I’ve been reading Thomas Kuhn’s The Structure of Scientific Revolutions and realizing its applicability to an ongoing conversation regarding biblical truth. Kuhn was no philosopher or theologian, he was a scientist, but he proposed scientific paradigms should be allowed to change through a term he coined as “paradigm shifts.”

A paradigm shift would occur when scientists encountered anomalies which could not be explained by the accepted paradigm. All of this seems rather obvious, of course, and yet just like in the theological realm, scientists are not quick to let go of their paradigms. In fact, Kuhn argued when enough anomalies accrue against an accepted paradigm, the discipline in question is thrown into crisis. The crisis will then give way to a new paradigm which is not to be confused with absolute truth, but a current understanding or interpretation of absolute truth, always threatening to be changed by more anomalies. The process was designed, then, to respect truth over interpretation, or truth over the human biases that might distort truth.

He kind of looks like a heretic to be honest.

In 1900, Lord Kelvin rather presumptuously stated, “There is nothing new to be discovered in physics” … five years after which Albert Einstein published his paper on special relativity.

Paradigm shifts should not be associated with relativism (which is different than relativity!). The idea is not that truth is changing, but that further study is changing our understanding of truth.

When Kuhn talks about paradigms in crisis, he isn’t kidding. Scientists who threatened existing paradigms (including Einstein) were called heretics and banned for years from presenting papers at certain universities. The tension in the sciences was much more ferocious than we are seeing in the evangelical church today.

What we are encountering in Christian culture today is a paradigm in crisis. Will there be a shift in the way we understand truth or read the Bible? Time will tell. But it would be arrogant of us to dismiss the anomalies. Dismissing anomalies rather than addressing them may be good for existing structures, including financial structures and power structures, but it isn’t good for truth. This does not mean anomalies have to be accepted but rather carefully addressed in a reasonable manner.

This article was not written in response to the new Rob Bell book. It was more inspired by Brian McLaren’s A New Kind of Christianity, in which he seemed faithful to Scripture and to giving God more agency than man. I realized while I was reading the book that he was presenting anomalies that had gone unanswered by his critics and rather, was simply being called a heretic. In his book, Brian presents many anomalies. Each would have to be discussed separately and that would take up too much space for this blog. And besides, they are already presented in his book. On a personal note, more troubling to me as I read the book was the dismissal of him as a heretic, or the picking apart of one or two of the anomalies and the rejection of the others that should honestly be taken seriously.

What are the anomalies accruing against the widely accepted biblical paradigm? I realize that question is vague, because I have not defined that paradigm, but perhaps leaving it open will allow a wider variety of anomalies to be discussed.

I have several questions of my own:

1. Is the Bible supposed to be used like a constitution? And if so, why isn’t it structured as such?

2. How do we reconcile propositional truth with the language of Christ who claims to actually be truth?

3. If to know Christ is to know truth, how do we give up the metrics we commonly use to decide whether or not somebody is a Christian? Do we create relational metrics, or simply give control over to God and just introduce people to the person of Christ?

Thanks for considering these ideas and weigh in in the comments section below.

Power Slowly Being Restored at Fukushima