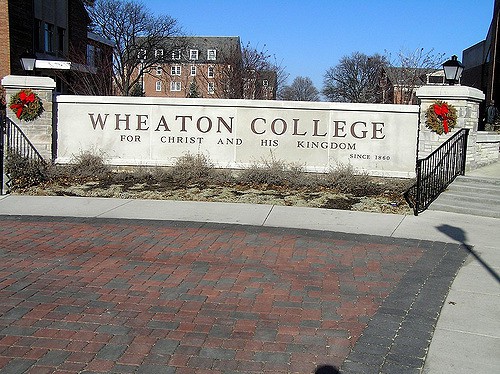 In 2016, five football players for Wheaton College—a Christian liberal arts school on the outskirts of Chicago—kidnapped a freshman teammate, bound him with duct tape, beat him, made violent threats and then left him half naked on a baseball field with two torn shoulders in 45-degree temperatures.

Hazing incidents are common in college sports, as are hazing incidents that go off the rails, turning into full-blown violent assaults. In this case, the incident resulted in five arrest warrants for the perpetrators, who are being charged with aggravated battery, mob action and unlawful restraint.

The victim has not been named by the Chicago Tribune, but released a statement saying that “This has had a devastating effect on my life,” he said in a statement to the Tribune. “What was done to me should never occur in connection with a football program or any other activity. … I am confident that the criminal prosecution will provide a fair and just punishment to the men who attacked me.”

The full details of the case are tough to read. In March of last year, the five teammates tackled the new freshman while he was watching television in his dorm room. They ignored his pleas to stop, stuffed a pillowcase over his head and threw him in the back of a vehicle, where they removed his clothes, suggested that they were Muslims, and threatened him with sexual abuse, according to the victim. When he told them to stop, he was beaten. The players drove to an off-campus park where they left the freshman on the ground, tied up, with no cell phone and no way to get home.

The freshman was eventually rescued by another group of students. He went to the hospital, suffering muscle tears in both his shoulders. He was overcome by emotion, prompting a nurse to alert the police. The next day, the freshman’s father picked him up from the school and he dropped out a short time later. He now attends college in Indiana.

“The conduct we discovered as a result of our investigation into this incident was entirely unacceptable and inconsistent with the values we share as human beings and as members of an academic community that espouses to live according to our Community Covenant,” campus spokeswoman LaTonya Taylor said in a statement. “We are profoundly saddened that any member of our community could be mistreated in any way.”

How Rich Mullins Changed the Way We Worship