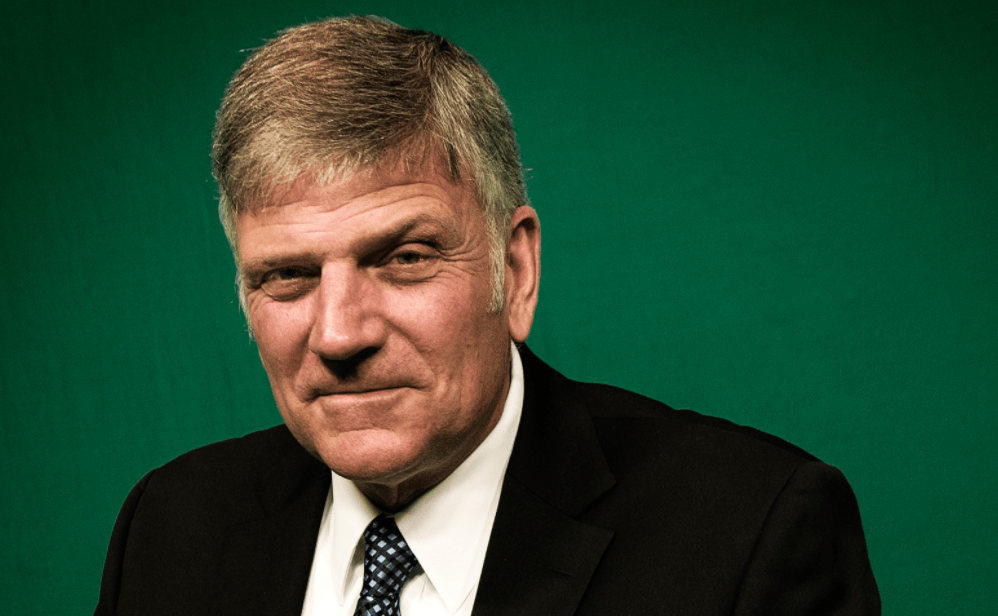 Franklin Graham, the son of famed evangelist Billy Graham and the current CEO of the Billy Graham Evangelistic Association and the disaster relief organization Samaritan’s Purse, has caused somewhat of a stir for a tweet that asks, “Do you think the Russians interfered with the outcome of the U.S. election or was it God?”

In the run-up to the election, Graham seemed to encourage people to vote for Trump, despite his comments bragging about sexual assault. Graham told The Christian Post,

He also said, “The Democratic Party has a vision, Hillary Clinton has a vision, Donald Trump has a totally different vision for this nation with the Republican Party. This isn’t difficult to figure out if you are a Christian” adding “the Republican party has a platform where they support life, the unborn, they’re very clear on these issues.”

His latest tweet seem to be referencing reports that intelligence officials believe Russia illegally hacked and leaked thousands of private emails from Democratic campaign officials in an attempt to sway voters to support Trump. Even though Trump and Russia have dismissed the claims, both the FBI and CIA said there is a “strong consensus” that Russia hacked the campaign to get Trump in office.

His personal political opinions aside, the tweet seems to infer that it was either God’s sovereignty or a criminal hacking (or both?) that led to Trump getting elected. If you look at the hundreds of replies to the tweet, it’s drawn its fair amount of criticism and confusion for it’s weirdly ambiguous implications.

5 Perfect Answers to ‘Why Are You Single?’ This Holiday