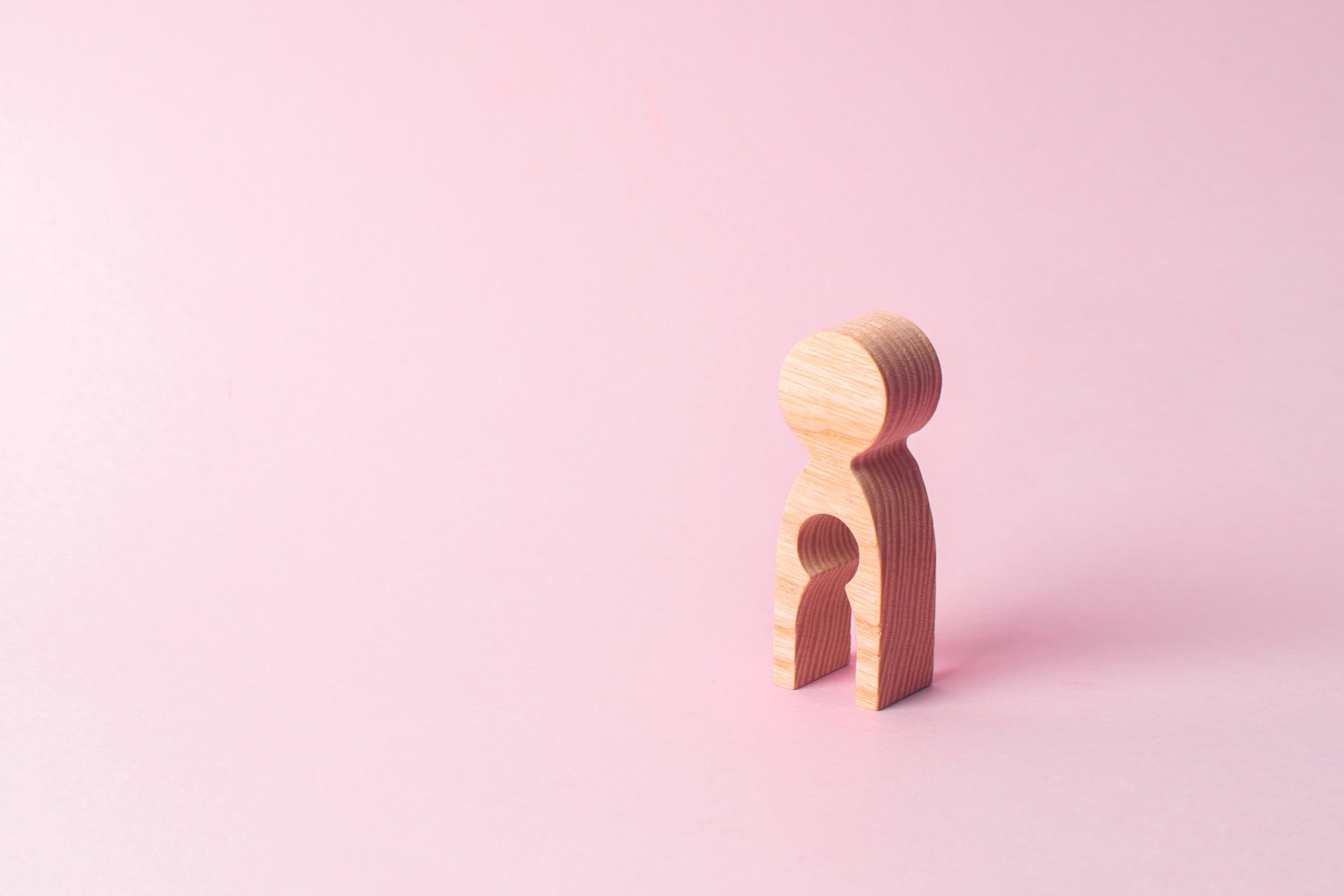 As 2020 approaches, more and more candidates have emerged in the Democrat party who will seek to challenge the Republican’s hold on the White House.

Here’s a look at where those candidates stand on one of the most important issues to Christian voters: abortion. The issue has been reignited over recent weeks, in a surge of laws that have greatly restricted women’s access to abortion in some states.

We’ve assembled the candidates’ positions on abortion, in their own words.

“I’m Catholic. My wife and I and our daughters, we’re practicing Catholics. And to some extent, some of the social justice orientation I have probably comes from that. But I don’t think my church and my church policies and doctrines should decide public policy in this country. I’m pro-choice. And I completely support a woman’s decision to make her own reproductive decisions about her own body. Fully. I don’t struggle with that. I don’t struggle with that as a matter of public policy, not at all.” (Source)

“Access to safe and affordable abortion services should also be provided to all Americans. Requirements placed by individual states on access should be subject to oversight by a board of doctors, not the whims of legislators who have no background on the procedure or even the basics of medicine.” (Source)

“It’s been almost 50 years since Roe v. Wade. We should be expanding reproductive services, not criminalizing them. It’s long past time to repeal the Hyde amendment and make abortion care available to all women—not just those who can afford it.” (Source)

“We will not stop fighting until every women in our country has the right and the ability to make a decision about … her own body … Those folks down in Alabama who are doing this [pass restrictions on abortion], these are the same folks who, by the time that baby is born, they couldn’t care less. What are they doing to support that mother and what she needs in terms of prenatal help? They’re not doing a thing, but they’re trying to tell women what to do with their bodies. We’re going to tell them a thing or two.” (Source)

“The restriction and attempted criminalization of abortion doesn’t just violate a woman’s rights while she is pregnant, they strip her of the right to plan for her and her family’s future. For men, abortion is not something many feel the need or desire to talk about—it’s too uncomfortable. But that’s a trap—and one we need to get out of immediately. Men need to acknowledge that they benefit from abortion rights and reproductive health care, too.” (Source)

Originally, Gabbard was pro-life, but in 2011, she wrote about her changing views after serving in the military in conflicts in the Middle East.

“I’m committed to preserving a woman’s right to choose, and I want to tell you how I got here.  This wasn’t always my position – at one time, I was anti-choice … My experiences in the Middle East eventually led me to reevaluate my view regarding government’s role in our personal lives and decisions. Slowly, I began to realize that the positions I had held previously regarding the issues of choice and gay marriage were rooted in the same premise held by those in power in the oppressive Middle East regimes I saw–that it is government’s role to define and enforce our personal morality.” (Source)

“President Trump has packed the courts with extreme, anti-choice judges … Congress should pass new federal laws that protect access to reproductive care from right-wing ideologues in the states. Federal laws that ensure real access to birth control and abortion care for all women. Federal laws that will stand no matter what the Supreme Court does.” (Source)

“If the Supreme Court overturns Roe v. Wade, I would make sure that we are codifying Roe v. Wade into law.” (Source)

“There is #NoMiddleGround on women’s rights. Abortion is a constitutional right. Under my Medicare for All plan, we will repeal the Hyde Amendment [which prohibits federal money from funding abortion].” (Source)

“In every single state, a woman should have a right of freedom and liberty, regardless of what their ZIP code is. And that’s why, when I’m president, I’m going to pk-callout an effort to embrace a civil right, just like the Civil Rights Act of 1964. And I know about fighting that battle because I’ve been fighting this battle for several decades now. I’m proud to tell you that I’m a governor who’s had one of the first reproductive parity rights in the United States to make sure women not only have the right of freedom, but can get healthcare to make sure that it gets paid for.” (Source)

Biden is a Catholic, though he wrote in 2007 that he doesn’t believe he has “a right to impose my view on the rest of society,” and in a recent campaign email, said, “I refuse to impose my religious beliefs on other people.”

Campaign aids recently told The Hill the he “still supports the Hyde Amendment, which has prevented government health programs like Medicaid from paying for abortions except in cases of rape, incest or to save the life of the woman.”

When asked about late term abortion, O’Rourke said, “that should be a decision that the woman makes about her body. I trust her.” (Source)

His website states, “ Beto would leverage all three branches of the federal government to defend a woman’s right to choose, reverse and prevent laws and actions restricting women’s reproductive freedom, and increase funding for contraceptive care.”

“A woman’s right to reproductive choice is settled law. This is an incredibly difficult decision for a woman and her family. If a medical professional believes a procedure like this is necessary, then the government should not intervene.” (Source)

“Repealing the Hyde Amendment is critical so that low-income women in particular can have access to the reproductive care they need and deserve.  Reproductive rights are human rights, period. They should be nonnegotiable for all Democrats.” (Source)

In his 2015 column titled “Why I changed my thinking on abortion,” he said, “I was elected to political office at a young age, and being raised in a Catholic household, always considered myself pro-life …. Today, I am a 41-year-old father and husband whose feelings on this issue have changed. I have come a long way since being a single, 26-year-old state senator, and I am not afraid to say that my position has evolved as my experiences have broadened, deepened and become more personal. And while I have deep respect for people on both sides of this conversation, I would be abandoning my own conscience and judgment if I held a position that I no longer believed appropriate. I have come to believe that we must trust women and families—not politicians—to make the best decision for their lives.”

“We can’t live in the past when it comes to women’s health. The next president must appoint judges who #ProtectRoe BUT also MUST fight to #RepealHyde.” (Source)

In 2007, he said, “I am opposed to today’s Supreme Court ruling [allowing states to ban partial-birth abortion] or any ruling that places restrictions on reproductive freedom. Today’s decision authorizes federal intervention to prohibit a nationwide procedure that the American College of Obstetricians and Gynecologists has found at times to be medically necessary. Any decision on abortion should remain between a woman and her doctor. There is no room for interference from politicians and judges.” (Source)

“I believe fundamentally in a woman’s right to make her own health care decisions, and I do not believe the government should come between a woman and her doctor.” (Source)

“Standing up for freedom, in my opinion, includes making sure that women have the freedom to make these decisions on their own … That decision [to have an abortion] is not going to be made any better, medically or morally, because the government is dictating how that decision should be made.” (Source)

“Alabama, Georgia, Missouri, and states across the country are attempting to roll back the clock in a blatant attack on women and their right to access reproductive health care. We will fight this because every woman deserves the right to make her own health care decisions. Our resolution recognizes that Roe v. Wade is settled law and affirms our commitment to defending a woman’s access to safe and legal abortion.”  (Source)

“Ultimately, the Supreme Court settled this 45 years ago. It’s not my decision to be making a decision that a woman needs to make in consultation with her doctor, her family, her faith … I would say that life begins at viability, but either way it’s not up to people like me to be making these decisions. It’s not what I think, it’s what does an individual woman need to do with her body and with her health care.” (Source)

“The 20 week abortion ban is disrespectful to those seeking abortion care. Health decisions are complex and personal.” (Source)