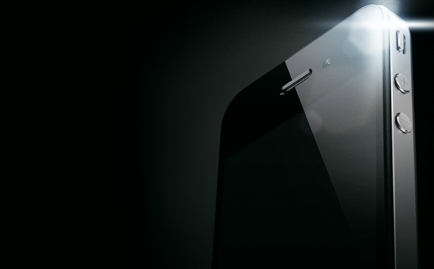 Editor’s note: Today the iPhone 4 is available in stores around the country (and the world). To mark the occasion, we asked Brett McCracken, a regular contributor to RELEVANT on issues of faith and technology and author of the upcoming Hipster Christianity, for his take on the effect of the smartphone craze.

I’m sure I’ll buy a smartphone some
day. But on that day, I’ll feel a resigned regret similar to
what my grandmother must have felt when she realized the organ would
never be played again in church because tacky and repetitive praise
choruses were the new accepted standard. I will feel similar to the
forty-something parent who is forced to learn how to text so they can
communicate with their teenager.

It
will be a sad day because I will be buying a smartphone only because to
not have one in a smartphone-run-world would be a costly mistake. I’ll
be buying one for the same reason every American dad in 1966 had to buy
a color TV set—not because black and white TV sets had been insufficient,
but because the industry was changing for a color-TV world. Sometimes
we can’t just throw up our hands in protest and say: “Hey! I’m OK with the way things are!” The wheels of industry and capitalism
will move on in spite of me.

So,
as most of the world celebrates the arrival of the hallowed iPhone 4—a
device that “Changes everything. Again.”—I will sit back in apathy,
thinking about that dreaded future day when I too will somehow be excited
about video calling and “better than my eyes” image resolution. By then, not having something in my pocket that allows me to video chat
with my sister while following a basketball game on ESPN will be a debilitating
calamity. It will be akin to leaving the house without a phone or going
a day without WiFi. And it will be the only reason why I, even I, own
a smartphone (yes, probably an iPhone).

Full
disclosure: I do already have an iPad. (But it’s for work!) I keep trying
to figure out ways to make it useful—but so far all I’ve come up
with is Netflix and a mildly amusing “build your own roller coaster”
app. Whenever I go to the app store, I sort of feel like I’m in IKEA
with no real goal, plopping 99 cent Japanese lantern votives in my cart
because I can. There are waaaaaay too many apps out there, solving
problems we never knew we had and offering diversions we never knew
we wanted. I can use my phone to blow out birthday candles? I can use
it to do fake bubble-wrap popping? Of course I can! With the Blower
and iBubbleWrap apps—both only 99 cents!

I
recently heard about a university app that allows students to check
the status of their dorm laundry machines on their iPhones, so they
don’t have to waste time trudging down to the basement and waiting
around for the rinse cycle to end. Awesome, right? So efficient! But
what if “time wasting” is actually an edifying part of life? What
are college students missing when they are so efficient that they never
have to kill time in the laundry room, where a passing conversation
with a fellow launderer might spark a serious friendship? What conversations
or interactions are missed on the subway when everyone spends their
commute glued to their smartphone, tweeting or emailing or checking Facebook?
Not that any of this is in itself bad—It’s just what it replaces
in our “spare time” that worries me.

With
an iPhone—which contains endless amounts of “task” potential within
its aluminosilicate glass frame—“spare time” is a foreign concept,
because when the world is literally in your pocket, there’s always
something to do. But really, these “things to do” (that they are
called “tasks” or “applications” is a clever way to convince
us of their utility) are mostly just distractions. The iPhone (and for that matter, all smartphones) is perhaps
the greatest one-stop-shop, distraction-generating device of our time.
When we could be sitting silently, thinking, daydreaming or waiting
for something, it beckons us from inside our pocket: “Come on! You
can’t just be doing nothing
right now! Boredom is not an option. There’s an app for that!”

I
don’t hate smartphones. I think they are beautiful to look at and impressive
evidence of the ingenuity of humanity. And I realize that “we don’t need
it” isn’t really a valid argument against it. We don’t need a
lot of things. I just wonder if the smartphone mentality—of having everything
at our fingertips (information, recreation, communication, etc.) instantly,
conveniently, efficiently—is necessarily a good thing for humanity.

Neil
Postman once said we shouldn’t worry about technology changing
human nature; We should worry about what part of our humanness technology
nurtures.

Technology
doesn’t make us do anything. But it can certainly fuel instincts and
reinforce behavior that is already there. In the case of the smartphone,
perhaps what is nurtured is our human instinct to want to escape into
our individual, subjective, “this is how I want it” worlds where
we can access everything and say anything, wherever and whenever we
want. But is this the sort of humanness we were created to embody?
I’m not so sure.

Brett McCracken is a regular blogger and author of the upcoming Hipster Christianity (Baker Books).