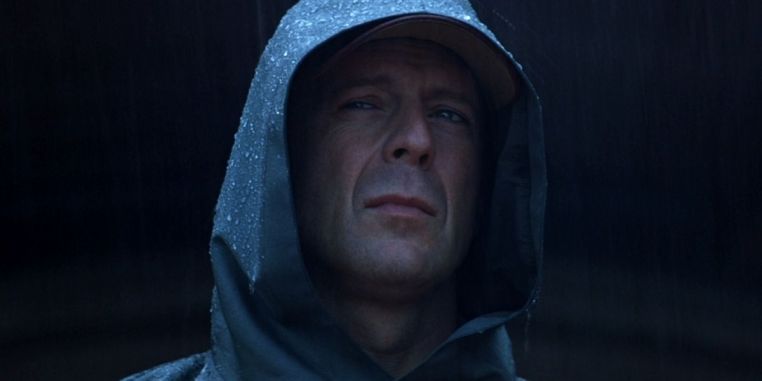 The career of M. Night Shyamalan would make for a pretty good M. Night Shyamalan movie. In fact, his career might be even less predictable than his movies. He became an Oscar-winning talent, hailed widely as the next Spielberg, with movies like The Sixth Sense, Signs and Unbreakable. Then he became a pariah with straight up terrible movies like The Happening, After Earth and, maybe worst of all, The Last Airbender.

But he’s found a bit of a second of late with horror fare along the lines of The Visit and Split, and that’s apparently inspired him to get back to his Bruce Willis-starring Unbreakable, which he had always said was planned to be the first entry in a trilogy.

(Spoilers follow for Unbreakable and other Shyamalan movies, so if you haven’t seen them all, stop reading here unless you’re ready for some big reveals.)

The biggest surprise about the Unbreakable sequel will not come as a surprise to those who stuck around to the end of his last movie, the James McAvoy-starring Split. Yes, it appears Split and Unbreakable take place in the same world, and the next movie, Glass, will feature a showdown between Willis’ super powered David Dunn from Unbreakable and McAvoy’s super evil dissociative identity disorder-stricken Kevin Crumb from Split. Yeah, M Night Shyamalan was building superhero cinematic universes back when Robert Downey Jr. was just some guy who used to be famous.

Shyamalan revealed all this over Twitter, along with announcing that in addition to Willis and McAvoy, Glass will also feature the return of Unbreakable‘s Samuel L. Jackson and Split‘s Anya Taylor-Joy.

My new film is the sequel to #Unbreakable AND #Split. It was always my dream to have both films collide in this third film.

Universal Pictures will release #Glass on January 18, 2019 all over the world. How’s that for not keeping a secret!

If this is the beginning of a whole Shyamalan connected universe, count us in. Maybe The Sixth Sense‘s dead people-seeing Haley Joel Osment and Signs‘ baseball bat-wielding Joaquin Phoenix can join David Dunn as a sort of creepy, awkward Avengers. And then they can all team up to go kill The Happening because that movie needs to be stopped.

The WGA Strike Could Mean No New TV Content for Months

Justin Bieber on His Past Troubles: ‘Thank God I’m Not Where I Used to Be’