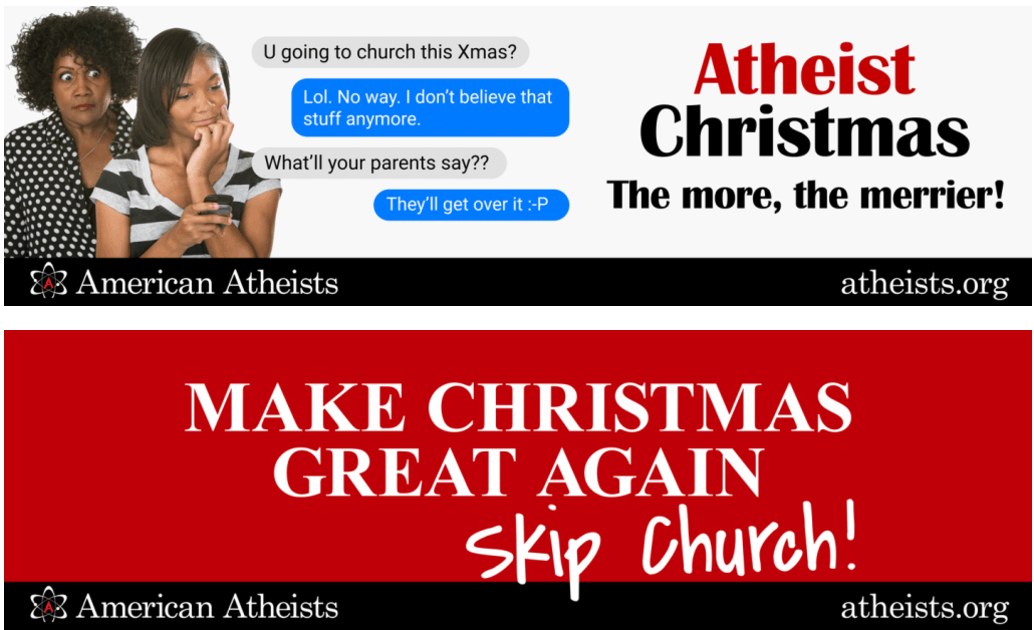 7 Things They Don’t Tell You About Following Your Dreams

The group “American Atheists” has launched a billboard campaign just in time for a Christmas with an extremely blunt message: Don’t go to church. No, literally, one says, “Make Christmas Great Again. Skip Church!”

The other billboard shows a text conversation between two friends, with one telling her friend that she’s not going to church because “I don’t believe that stuff anymore” and that her parents will “get over it.”

According to the group (who provided the artwork in the images), the campaign is rolling out “nationwide” with the goal of showing “religion has nothing to do with being a good person.”

Unsurprisingly, it’s already caused somewhat of a stir among some media outlets, which is probably the intention.