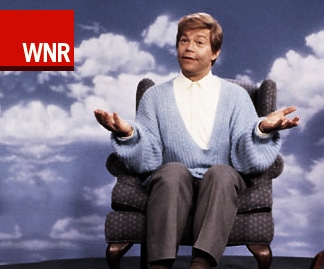 Whatever You Ask in the Name of Jesus, God Will Give?

It was a big week for follow-ups and resolution. From the  conclusion of an eight-month Senate race, to further details on a governor’s downfall to revelations about the King of Pop, the last week of June 2009 was one that saw a lot of continuing news stories develop further.

This week marked the 30th anniversary of the Sony Walkman. The venerable tape player changed the face of music, making it portable for the first time. Of course, “portable” may be a bit subjective. Compared to today’s MP3 players, the Walkman is like carrying a cinderblock. Still, the Walkman is a landmark in music history. Whereas music used to be confined to the car or the home, the Walkman gave everyone the opportunity to walk down the street, mouthing the words to “I Wear My Sunglasses At Night,” and looking like an utter lunatic.

After nearly eight months of contention, Al Franken has secured a victory in the Minnesota Senate race. In the hotly contested recount against Republican Norm Coleman, Franken’s narrow victory ended up being taken to the Minnesota Supreme Court who unanimously declared Franken the victor. Because he’s good enough, he’s smart enough, and gosh darn it, people like him.

Calls for the resignation of South Carolina Governor Mark Sanford have increased this week, as details have emerged of Sanford’s affair with an Argentine woman. Sanford disappeared a couple weeks ago, and members of his staff and family said they weren’t sure of his whereabouts. Eventually, his staff told the press that Sanford was hiking the Appalachian Trail. Turns out that Sanford was actually in Argentina, visiting a woman with whom he’s been carrying on an affair. Sanford penitently apologized for the affair, but has remained resolute in keeping his position as governor. The clamor for Sanford’s resignation have grown with the revelation that his trip to Argentina was taken at the taxpayers’ expense.

Michael Jackson may be gone, but his music isn’t. According to Tommy Mottola, former CEO of Sony Music, Jackson had “dozens and dozens” of songs that didn’t end up on his albums. Artists like Elvis Presley, Jeff Buckley and Tupac Shakur (who we all know is still alive) have released mountains of material posthumously. According to Mottola, Jackson has more than any of those three. With any luck, we’ll be fruitlessly trying to moonwalk to new MJ tunes for years to come.

California Back in Debt

Remember when California Governor Gray Davis drove the state into gargantuan levels of debt, and was subsequently recalled? Remember when Arnold Schwarzenegger, best known for his witty one-liners and biceps the size of an ABA basketball, became governor and pulled the state out of its financial mire? Well, the recession has not been good to California, and the Golden State now finds itself in a budget gap of $26.3 billion. The state now has to issue IOUs to creditors rather than paying vendors and local agencies. Basically, California has become that roommate you had in college who ate all your stuff and left notes saying he’d replace it, but never did.