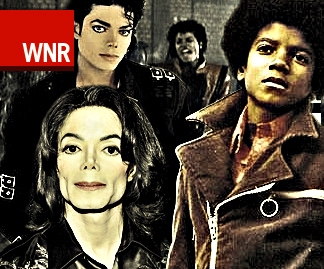 There were a lot of big stories this week, from the continued tensions in Iran, to the governor of South Carolina disappearing, reappearing and having to publicly apologize, to the passing of Farrah Fawcett. Certainly, a lot of noteworthy events happened this week. The one, however, that will define culture for decades to come is the passing of pop icon Michael Jackson. As inundated with pop culture as we are, it’s the kind of event that imprints itself. People will remember where they were when they heard the news. And so, we devote this week’s roundup to the ever-reigning King of Pop, Michael Jackson.

If you grew up in the ’60s, ’70s or ’80s, there were at least a dozen Michael Jackson songs that were indelibly imprinted on your psyche.  For three solid decades, Jackson defined the landscape of popular music. First performing at the age of five, and jumping into the television limelight at 11, Jackson was the rarest of child stars. A tremendous talent who transitioned from cute kid novelty to legitimate songwriting, recording and performing powerhouse.

In many ways, Jackson did much to erase the color barrier. As the first Motown artist to successfully cross over to mainstream pop, Jackson blurred the lines between R&B, pop and rock even as a child artist. After going solo, Jackson further crossed boundaries of music. He was the first black artist to receive substantial play on the burgeoning MTV, and with good cause. Jackson’s cinematic music videos helped define the modern video, adding narrative rather than just random images and band montages. His album Thriller remains the bestselling album of all time, moving an estimated 50 million units worldwide, and fusing rock, pop and R&B in a way no one had attempted before.

At the time of his death, Jackson was planning a comeback tour with a series of 50 concerts in London. Though the 50-year-old stated it would be his last tour, it was to lead into a comeback album. A testament to Jackson’s enduring legacy as a performer is the fact that the artist whose last monumentally successful album was in 1991 sold out all 50 dates.

It is, of course, impossible to eulogize Jackson without mentioning the scandal that often surrounded him. The paradox of Michael Jackson was that the inimitable public performer was such an enigma in his private life. Allegations of child molestation followed him throughout much of his career, culminating in a 2005 trial in which he was acquitted of the molestation of a 13-year-old cancer survivor. His eccentric Neverland Ranch compound, continuous plastic surgery and often bizarre behavior saw tabloids dub him “Wacko Jacko,” and tarnished Jackson’s image.

All this seemed to take a back seat, however, when Jackson was rushed to UCLA Medical Center yesterday after suffering cardiac arrest. Paramedics and doctors tried for nearly 45 minutes to revive him. He was pronounced dead at approximately 2:30 PM.

Jackson’s legacy will no doubt be one of contradictions. The nature of the rumors and allegations that swirled around his personal life will always be a part of the way he is remembered. However, ultimately Jackson will be remembered first and foremost as a remarkable innovator. He was a brilliant songwriter, a consummate performer, a groundbreaking musician and a shrewd businessman. Most artists performing today owe at least some debt of gratitude to Michael Jackson. The world has lost a musical icon. More importantly, though, no matter what kind of person Michael Jackson was, it’s important to remember that a very specific group of people have lost a brother, a father and a friend.

New Prayers for a New Day