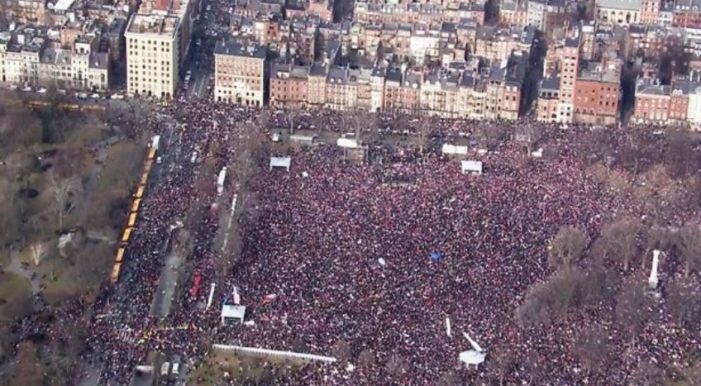 This weekend made history.

People across the world marched in their respective cities as a unified showcase of resistance for women’s rights. How many exactly? Just about 2 million.

There are no official numbers yet, but city officials are using estimates to figure out how many participated in Saturday’s march. There were reportedly around 500,000 people who marched in Washington, DC. alone. According to Washington’s subway officials, Saturday was the second busiest day in the metro’s history with 1,001,613 trips taken.

Not only were there sister marches in all 50 states, but in cities all over the world such as London, Buenos Aires and even a large group of women in New Delhi.

Officials are still crunching numbers to figure out exactly how many participants marched on Saturday, but the event could have possibly been the largest one-day protest in U.S. history.

Pope to Trump: I’m Praying for You