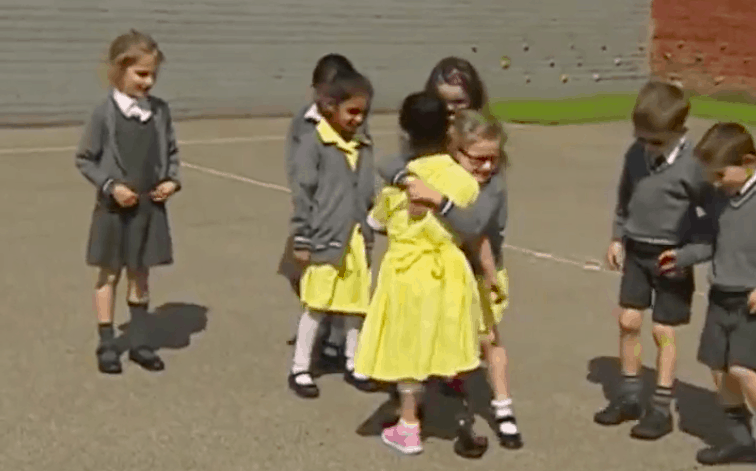 Anu is a 7-year-old living in Birmingham who just got a brand new leg from the NHS. Her leg was amputated shortly after she was born, and while she has a prosthetic leg, her new bespoke blade lets her run around. She got to show it off to her friends for the first time last week and be warned, it’s a tearjerker.

And if you didn’t fall in love with Anu just based on that video, brace yourself for the full interview. The blade helps her do her street dancing faster!

Anu and her family are being supported by the West Midlands Rehabilitation Centre in the UK. Their funding is scheduled to dry up in March of 2018, which is a real problem for Anu, since her new foot needs to be replaced every two years. The NHS’s current rush of funding was paid for by funds raised by the Paralympics, but there’s just not enough charitable giving going around to get all the Anus out there the help they need. In the video above, Anu’s father said he’d be willing to sell the house if it’d help them afford a new blade for Anu.

Research: Most Americans Pray Every Day