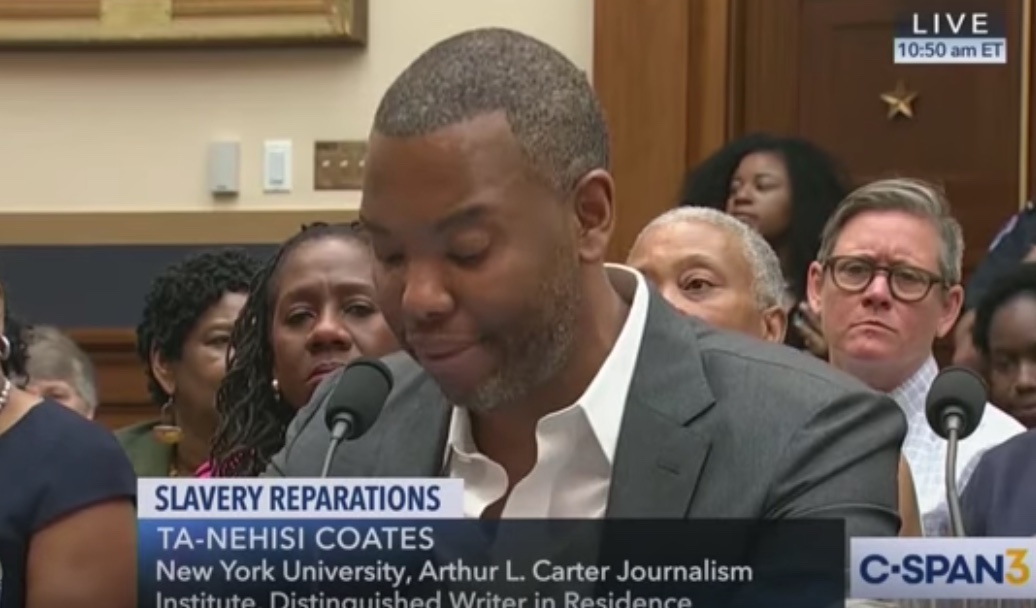 This week, the House Judiciary Subcommittee on the Constitution, Civil Rights and Civil Liberties held a hearing to discuss reparations. The concept is centered on the idea that families of former slaves should be provided a form of compensation.

On Tuesday, Senate Majority Leader Mitch McConnell told lawmakers, “I don’t think reparations for something that happened 150 years ago for whom none of us currently living are responsible is a good idea.”

Today, famed writer—and author of the viral Atlantic piece “The Case for Reparations”—offered an impassioned rebuttal. Much of his speech addressed crimes and atrocities that were committed against black Americans in McConnell’s lifetime.

He also disputed the logic of McConnell’s argument, which is predicated on the idea that current generations shouldn’t pay for the sins of past ones.

Well into this century, the United States was still paying out pensions to the heirs of Civil War soldiers. We honor treaties that date back some 200 years, despite no one being alive who signed those treaties. Many of us would love to be taxed for the things we are solely and individually responsible for, but we are American citizens and thus bound to a collective enterprise that extends beyond our individual and personal reach. It would seem ridiculous to dispute invocations of the Founders, or the Greatest Generation, on the basis of the lack of membership of either group. We recognize our lineage as a generational trust, as inheritance, and the real dilemma posed by generations is just that: a dilemma of inheritance.

The hearing grew contentious at times.

Writer Coleman Hughes, who is also black, spoke out against bill HR 40 (which would commission a study on reparations) and was met with boos from some of those in attendance.

“The question is not what America owes me by virtue of my ancestry, the question is what all Americans owe each other by virtue of being citizens of the same nation,” he said. “And the obligation of citizenship is not transactional. It’s not contingent on ancestry. It never expires, and it can’t be paid off. For all these reasons, bill HR 40 is a moral and political mistake.”